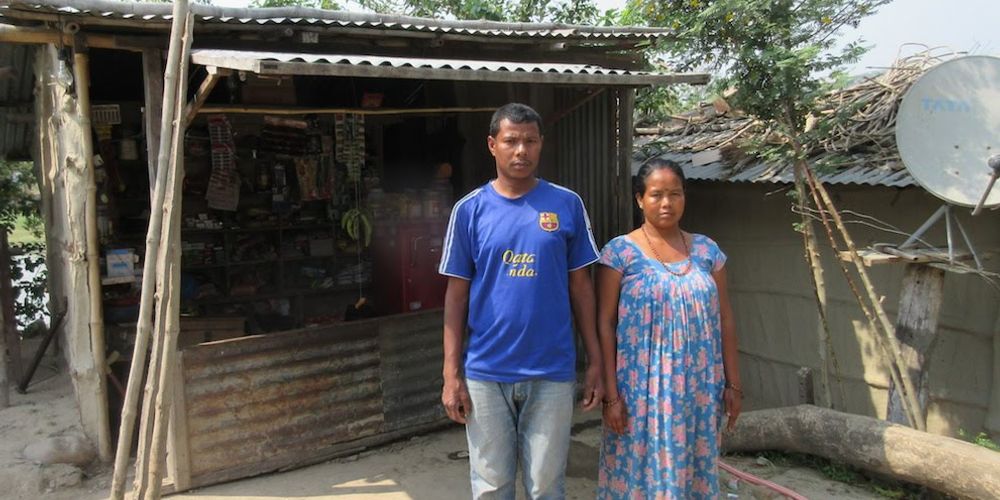 In 2003, during the civil war, 24-year-old Gaya Prasad Chaudhary was arrested in Rajapur VDC – Ward 3 (Bardia District) by the Nepal Army on suspicion of being a Maoist. Though he had no connection to the then rebels, he was beaten and tortured. When finally released, Chaudhary had sustained neurological damage that left him in continuous pain. Twelve years later, Gaya Prasad Chaudhary gives his opinion of what happened.

A crowd-sourcing campaign for back surgery for Mr. Chaudhary is underway here.

Correction: September 7, 2015
A previous version of this story stated that Gaya Prasad Chaudhary had not received any compensation from the Government of Nepal. This was untrue. Mr. Chaudhary was reimbursed in 2003 for surgery he underwent following his torture. Due to the severity of his neurological damage, Mr. Chaudhary has needed ongoing medical treatment, from which he has incurred sizable personal debt.

Cover photo: Gaya Prasad Chaudhary and his wife. The Record

The machinery of brutality

Lack of political will stalls investigations