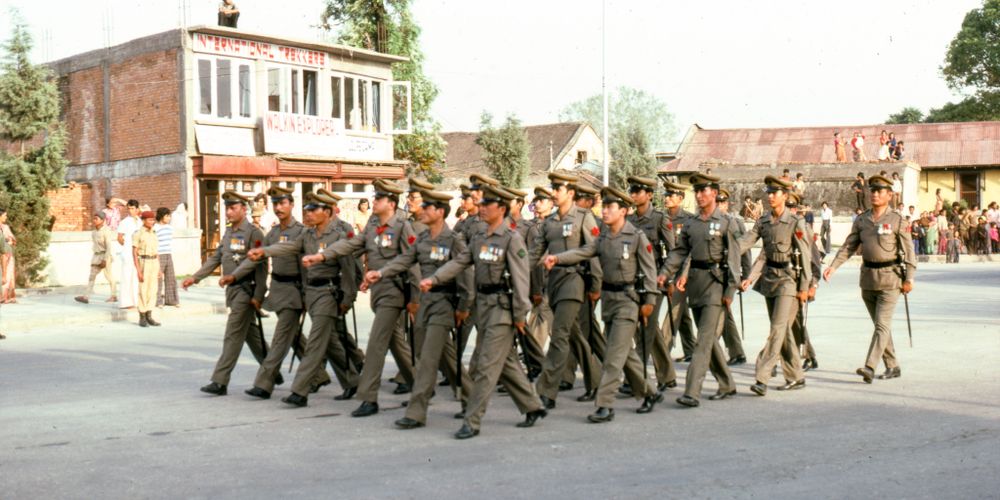 I heard the special address you delivered in Jungi Adda on the occasion of the first anniversary of your appointment. It has once again raised questions regarding the reform of state institutions, in particular Nepal Army (NA). In this open letter, I will recount the repression carried out during the People’s War and the People’s Movement and how it is linked to the reform that you hinted at. These reforms, as I understand them, seek through transformation to have an effect upon the institution’s future by considering, albeit in whispers, the tragic pain we experienced as a nation, the war crimes committed by the then-Royal Nepal Army, and the obstacles in the existing transitional justice process.

You delivered the statement, “Initiating steps for Army institutional reforms: not just to become a hero.” If you are truly committed to human rights transformation of the NA, especially of those directly involved in human rights violations during the armed conflict; to Army values which seek to wall the institution off from the public; to ensuring that the NA carries out institutional reform as proposed by the Comprehensive Peace Agreement, this is indeed a positive point of departure as well as a historical step.

The institutional reform of the NA that you have commenced is worth welcoming. For there are issues within the NA that remain unresolved, such as the concealment of grave violations of human rights, the trend of protecting the guilty (even promoting them to senior positions), and the criminal involvement of Army officials. In this letter, I will especially refer to incidents that occurred during the People’s War and their effect on the society.

The Comprehensive Peace Agreement (CPA) stated that the security forces would be reformed. Democratization was key to this effort, to connect the institution with the people. This, however, met with the Army’s disapproval. The Army squabbled with the elected government, resisted the state despite being an organ of the state, refused to abide by the decisions of courts, and failed to internalize the political change. These actions were very public and crystal clear. The questions you raised about reform would be praiseworthy had true reform taken place.

Once the Nepal Army was mobilized during the People’s War, the repression carried out was so extreme that its social, economic, political, and military effects will last for years.

If addressing heinous crimes such as rape, murder, torture, and the disappearance of citizens entails prosecuting those involved in such crimes, discharging them from service, and assisting the process of investigation, this is what you should start during your tenure. This would earn you praise not only from the victims but from all Nepalis. Yet we know there are Army personnel who, having raped mothers in front of their anguished children and killed their fathers, have been promoted and are still serving in the NA. Today all those children have become adults, and they are asking why such horrors were committed and why perpetrators are still protected.

Unless a solution is sought at the institutional level, and previous human rights violations are brought to book, all the talk of institutional reform will be a hollow slogan. As matters stand, the Transitional Justice Commissions are in confusion and at a crossroad. Victims and witnesses were deeply affected by the hurdles that the NA posed for the previous Commissions (TRC and CIEDP) while collecting the complaints about the incidents. Time and again, victims were told that the NA intervened in the investigation, both directly and indirectly. And there are far more serious questions awaiting consideration than those raised at the international level during the arrest of Colonel Kumar Lama in Britain and repatriation of Niranjan Basnet from the UN peacekeeping Mission.

When we did not speak out against corruption and injustice during the Army integration process, not only did we conceal the crimes, we could not change the structure of the NA and the police. Thus, institutional reform could not be part of the transitional justice process.  The state could not interrogate the accused and investigate their alleged crimes. The main reason the Nepal Army and the police remained unreformed was because the political parties advocated for amnesty and placed alleged perpetrators in positions of power, allowing them to influence the law and policies.

If the NA wants to gain people’s trust, then those who are still serving in the Army despite being convicted of human rights violations should be discharged immediately. Until then serious questions related to the NA’s involvement in war crimes will continue to be raised at the national and international level.  If the NA believes it is not responsible for the incidents that occurred in the course of following the government’s orders at the time, then the orders themselves must be examined. This matter must be raised with courage. Members of the political leadership, heads of government such as Sher Bahadur Deuba and Bamdev Gautam, and all others who issued the orders must be held accountable.

The state and its political leaders who declared an emergency and allowed grave violations of human rights through repression and terror must take responsibility. If no one accepts responsibility, then the character of the state apparatus will not change; nor will the security sector improve and become democratic. As meaningful first steps towards responding to the appeals of the victims and their families, the government could transform the army barracks in Bardiya and Banke into a memorial park, convert Bhairabhnath barrack of Kathmandu into a war museum, and initiate new dialogue about the memories of war.

As meaningful first steps towards responding to the appeals of the victims and their families, the government could transform the army barracks in Bardiya and Banke into a memorial park, convert Bhairabhnath barrack of Kathmandu into a war museum, and initiate new dialogue about the memories of war.

After a violent war, society needs to find a way of laying past incidents to rest so that it can build a common vision for the future. If the past is not addressed properly, it will be difficult for people to trust the institutions of the state. We will not be able to achieve economic prosperity, stability and security, or to build common values. Instead, those incidents will fester like an untreated wound, perpetuating the distrust, the absence of rule of law and accountability, and the risk of such violence being repeated in the future.

While you spoke in Jungi Adda, we, the victims and their families, were analyzing our legal challenges, and the risks and threats involved in investigating past human rights violations. They are part of our campaign for remembering and searching for our near and dear ones, who were forcefully arrested, made to disappear, and killed. Those army personnel who beat teachers to death in front of their students, blindfolding them, tying their hands and feet, are still in the NA today. Those who raped mothers in front of their children and then killed them are still serving in the Army. Those who ordered the torture of students, farmers, common people, and disappeared them in their camps – Bhairabnath barracks in Kathmandu, Chisapani barrack, Char-aali in Jhapa, and others all over the country – are still serving. Many others involved in crimes against humanity –massacres in Dang, Rolpa, Rukum; Doramba (massacre of 21 people); Kalikot (laborers of Dhading); and Jajarkot (the bombing attacks on villagers); those who abducted Rupa Chaudhary, Reena Raisali and Maina Sunuwar from their homes and brutally tortured them before murdering them, those individuals are still being protected, promoted, and felicitated, rather than being exposed and punished. Thousands of such incidents occurred during the war. The Army is not doing itself a favor by protecting them.

We who have suffered and witnessed these heinous incidents are still alive. How are these searing wounds of the past to be healed, and how is the NA going to involve tens of thousands of representatives of the thousands of victims in the process of institutional reform? We, as well, are ready for dialogue with an Army committed to moving forward with the judicial process by removing obstacles.

Those who committed crimes against humanity, violating the international law, cannot be exempted or amnestied. The Nepal Army, which participates in UN peacekeeping missions, must be serious about this issue. At the political level, those who gave direct orders, those who allowed the use of torture, and those who chose not to regulate the Army must be held accountable for the crimes committed. A professional army cannot get away with committing war crimes by saying they were just “following orders”, and such perpetrators cannot remain members of national security forces. If the Army itself publicizes the list of those involved in committing crimes, it will be a positive step in the judicial process. To prosecute those whose names are recorded by the National Human Rights Commission, the Office of the United Nations High Commissioner for Human Rights, the Human Rights Committee and other national human rights organizations, your assistance and cooperation is fundamental.

If you truly intend to transform Nepal, even as we face increasing crimes in all areas, growing impunity, and an insecure future, then we ourselves should be agents of change to which you say you are committed. Will your leadership summon the courage to end impunity?

The Nepal Army’s role is to defend the Nepali people and national sovereignty. Let us pledge: No citizen shall ever again be disappeared. No army personnel shall violate human rights. No one shall suffer the pain that we Nepalis have suffered. Gather courage, sir, to address these challenges. Best wishes to your campaign of institutional reform.

A sketch of his life to understand his character, strategies, and ambitions

Reforms, some for the sake of the British Empire, others for the Nepali people