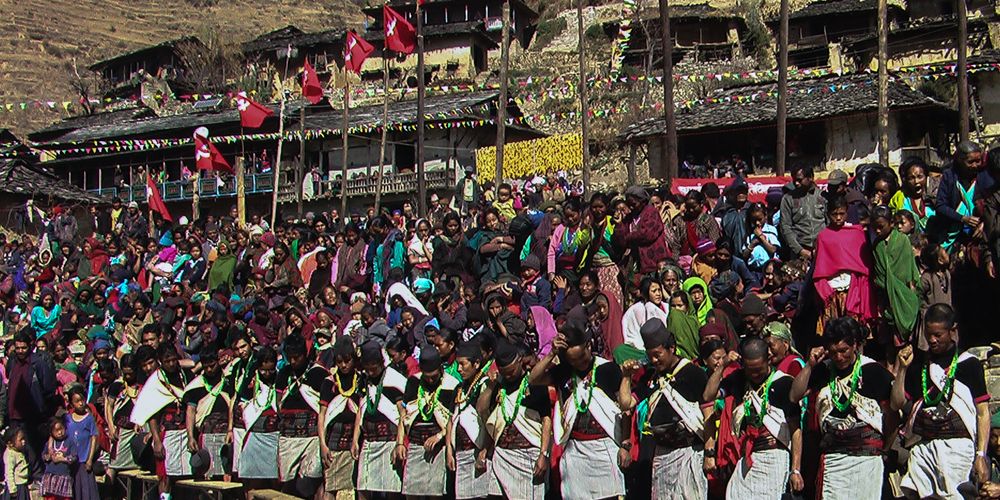 Entering Thabang, Rolpa, you are faced with a giant mural of Marx, Engels, Lenin, Stalin and Mao which has been plastered across the entrance gate of the village. A couple of steps further, Che Guevara's face greets you from the walls of somebody's home. 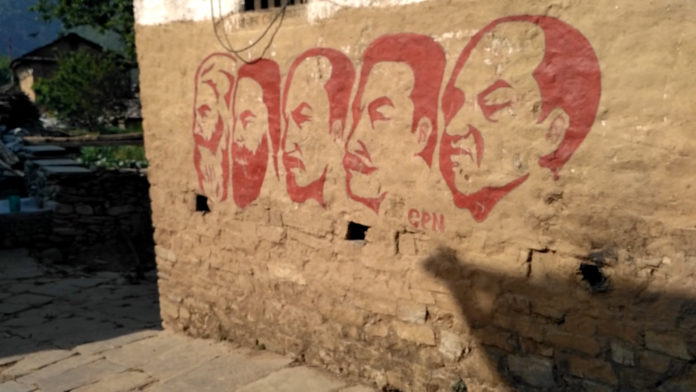 These murals are maintained by cadres of the Communist Party of Nepal (CPN), led by Netra Bikram Chand 'Biplab'. The ideological forefathers of Nepal’s Maoist movement have graced Thabang gate since the insurgency, but Che Guevara is a recent addition, adopted by Biplab's party as an icon for the new Maoist age.

Thabang has a rich genealogy. During the insurgency, it was known as the Maoist Mecca. Now, it is the stronghold of the CPN.  Senior Maoist leaders Santosh Budha Magar, Samjhana Gharti Magar ‘Asina’, and Jaya Prakash Roka Magar ‘Pratap’ are all from Thabang, and now, disenchanted with their former colleagues in the mainstream Nepal Communist Party, they publicly support Biplab.

The CPN is semi-underground, having been banned by the government in May this year. Four people alleged to be CPN cadres have been killed in encounters with armed police forces, and over 300 CPN leaders and cadres have been arrested.

But this ban is meaningless in Thabang, where the splinter Maoist group appears to have significant support. Santosh, an elected member of the first constituent assembly formed in 2008, now heads what the CPN calls its parallel government— the Revolutionary People's Council. At the height of the insurgency, the Maoist party (Communist Party of Nepal-Maoist), ran parallel governments in Rolpa, Rukum and Jajarkot, amongst many other districts, either having largely ousted the Nepali state from the district headquarters or controlling significant parts of districts.

In Thabang, the parallel government used to administer justice and provide social services, having been seen to be more legitimate than the government. While not as strong as it was during the war, the parallel government is trying to regain some of its former authority. Santosh believes the CPN is going to complete what he calls the incomplete revolution with the support of the middle classes and state security forces.

Barman Budha Magar, like most opponets of the state in the 1950s, was labelled a communist and thrown in prison. He learnt the doctrine and philosophy of Marxist-Leninism from the legendary -- and actually communist -- political activists Mohan Bikram Singh and Khagu Lal Gurung while all three were in a Pyuthan prison. Under their tutelage, Barman formed the Peasant Front in Thabang as a less obviously named communist party.

In the 1980 referendum, the residents of Thabang voted for the multiparty system. Five years later, the Peasant Front split and the village became a stronghold of the Maoist faction led by Mohan Baidya, which included in its ranks Pushpa Kamal Dahal ‘Prachanda.’

In 1996, Thabang was the base area from which the People's War was launched. A large majority of residents were committed Maoists. Thirty two people from the village were killed during the conflict, many by state security forces.

In the first Constituent Assembly election which occured in 2008, all but three votes in Thabang were cast for the Maoists. But as Prachanda failed to deliver on his revolutionary promises -- inclusion, justice, land reform and more -- Mohan Baidya again emerged as the leading revolutionary figure for the people of Thabang.

The Baidya-led Maoists boycotted the second Constituent Assembly elections which took place in 2013, and the ballot boxes of the village were empty. But Baidya did not present a viable alternative or a roadmap of how to make real gains, and he too has fizzled out. Thabang now appears to be divided between Biplab’s CPN and the ruling Nepal Communist Party. In other words, despite decades of broken promises, Thabang remains resolutely communist.

In 2016, years after Prachanda promised it, a road was built through Rolpa. Thabang was a 3-day journey from Kathmandu during the war, on pitted roads and trails; now it takes 12 hours to drive to Libang, the district headquarters, and another seven to Thabang.

The road, called Shahid Marg or Martyr Road, was built by former members of the People's Liberation Army from the 11 districts, including Rolpa, that the Maoists had promised during the war would make up the Magarat state.

And yet, for the people of Thabang, the road was the least of wartime promises; many recall Prachanda assuring them that Thabang was going to be the capital of Nepal. Midway through the peace process, he began to say it was going to be the capital of the Magarat province. Prachanda contested the first Constituent Assembly elections from Rolpa-2, where Thabang is located. It would now seem that the people of Thabang want Biplab to deliver what Prachanda did not.

All Photos by Nabin Bibhas

The path of struggle