Aditya Adhikari's new book reminds us of what has been, perhaps deliberately, forgotten about the war 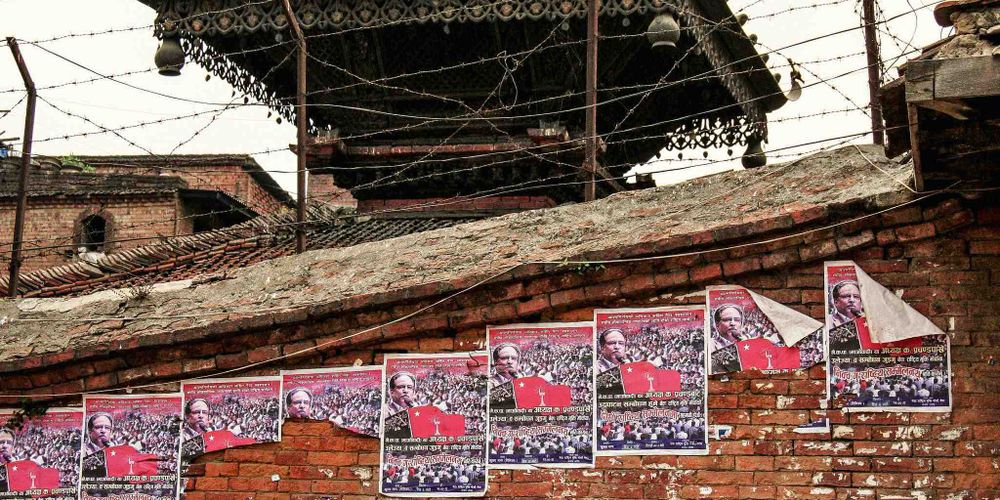 There are, it seems, two ways for the human mind to forget. One is temporary; a memory stored in the brain is misplaced, not accessible when you try to summon it back. The other, more alarmingly, is permanent; information or an experience simply disappears from storage somehow, never to be recalled unless someone reminds you.

As a journalist who covered Nepal’s Maoist War between 1998 and 2004, I wonder which type of amnesia hit the collective conscience of this place since the end of armed conflict in 2006. Or whether this erstwhile Kingdom has yet again invented something unique.

My own memories are numerous, easy to get from storage and still troubling. I remember the smell of decaying human flesh on the dry rice terraces around the hilltop village of Gam in Rolpa. Hundreds of Maoists—young Nepalis—were shot dead by soldiers defending an army redoubt, their bodies dropped into the shallowest of graves. That way they could be scraped out in front of the small media contingent who’d been flown out to see what was presented as a victory for the then-Royal Nepal Army. That the army ordered a retreat from Gam to the district headquarters, Liwang, immediately after the show-and-tell didn’t seem to strike senior officers as somewhat less than glorious.

Too many grief-stricken women and elderly men populate my memories. From Rukum, Rolpa, Accham and elsewhere, those caught between insurgent and military brutality would often weep and ask tearfully why, why this was happening to them. They cared nothing for Peoples’ Republics or the honor of the Kingdom as-was. And their sons and daughters were taken from them, forced to be unwilling Maoist suicide fighters or raped, imprisoned, and murdered by the army. Their tears still stain my memory.

In Doramba, just a short clatter by chopper southeast of Kathmandu, I can’t forget the traumatized locals whose 19 male relatives were arrested and shot in cold blood by an army patrol. That atrocity happened during so-called peace negotiations between the former king’s appointed government and Maoists. As was intended, the killings scuttled the truce that had given beleaguered Nepalis a long overdue respite from violence.

Grief and fear, horror and foreboding, hit lists and fire bombs, torture, sexual assault, and depopulation of the countryside; ten years of civil war cost Nepal dearly. The 2006 Andolan, peace process, and series of agreements to remake the country ended more than a decade of decline and death.

Yet what is remembered of those war years in this callous capital city? The comfortable classes barely experienced the war, save from media and then mostly international media. Once the cavalcade of politics succeeded the peace process, there seemed a concerted effort to erase that shattering period of recent history. During the UN-brokered peace accords, international pressure seemed to promise both memory and change for the better.

Transitional justice, truth, and reconciliation were on the table. The leaders were South Africans who’d put their own wrenching apartheid era behind them in a sensitive and meaningful act of memory and mercy. Great Nepali human rights campaigners and people from other countries worked tirelessly. Cases were pursued for atrocities.

But as the political norms of traditional parties reasserted themselves, willful forgetfulness emerged and metastasized. And now, the war years have been eclipsed by political squabbling, posturing, and the disappearance of economic opportunity.

Into to this morass of memory lost, comes Aditya Adhikari’s The Bullet and the Ballot Box: The Story of Nepal's Maoist Revolution. A passionate combination of scholarship and journalism that occasionally reaches into poetry and travelogue, the book is a tonic for a befuddled mindset. No writer or researcher on Nepal has gathered the array of sources that Adhikari deploys here. News media accounts, the unofficial and stunning insights of senior United Nations officers and perhaps most effectively of all, the writings of Maoist commentators and combatants in their party’s underground publications. This helps show how the uprising was, at its heart, one of the more successful Communist insurgencies since the Chinese people “stood up” in Beijing in 1949.

What Adhikari understands is the importance of art and poetry to Nepalis, and the sheer romance of uprising to the true leftist believer. It still makes me wonder—as it did at the time—what drove those young men and women from the villages to willingly risk all and participate in terrible slaughter and other ordeals? Adhikari introduces us, through their words, to former fighters and the commissars who inspired them. It’s refreshing and chilling at the same time.

It’s hard to conclude that there hasn’t been a deliberate erasure of memory by Nepal’s political, media, and government elites. Especially once the Maoist political party lost the last Constituent Assembly election, it probably suited the “permanent establishment of Nepal” to stop acknowledging the undeniable gains made by the insurgency, the territory it controlled, the hearts and minds under its sway, the governance structures and the often incredible military feats. Part of that “success” is no doubt because of the ineptitude and brutality of the Royal Nepal Army, but some must also be due to rigorous planning, discipline, and commitment. Adhikari brings a sense of this dichotomy as he reminds us of what has been, perhaps deliberately, forgotten in Kathmandu.

Admirably he spares no one who has committed brutal acts and killed or targeted the innocent. That means both sides. Of the more than 16,000 dead, most were at the hands of government forces who used air power and weaponry plus training from other countries against an ill-armed guerilla force. The Maoists used terror as a force multiplier, torturing and murdering their opponents and even civil society activists who simply worked for peace. There has been little accounting for any of this. One of the worst aspects of official memory loss in Nepal is that there’s little truth and no reconciliation for the tens of thousands of direct and indirect victims of the war.

This gloomy scenario shows no signs of changing or abating and if it weren’t for Aditya Adhikari, and his fellow writers on Nepal—Sudheer Sharma, Thomas Bell, and Prashant Jha—there’d be little reason for optimism. Their efforts bring hope and inspire others—activists of all sorts, campaigners, believers in equality and fairness under the law. We can only hope that they continue to work to shovel aside the cynicism and corruption of the permanent establishment and strive for that tarnished, distant yet worthwhile goal: Naya Nepal.

The Bullet and the Ballot Box is published by Aleph Books, New Delhi. To read an excerpt, click here.

Daniel Lak  Daniel Lak is a writer and broadcaster who covered Nepal for the BBC between 1997 and 2004, and now is the Canada correspondent for Al Jazeera English.