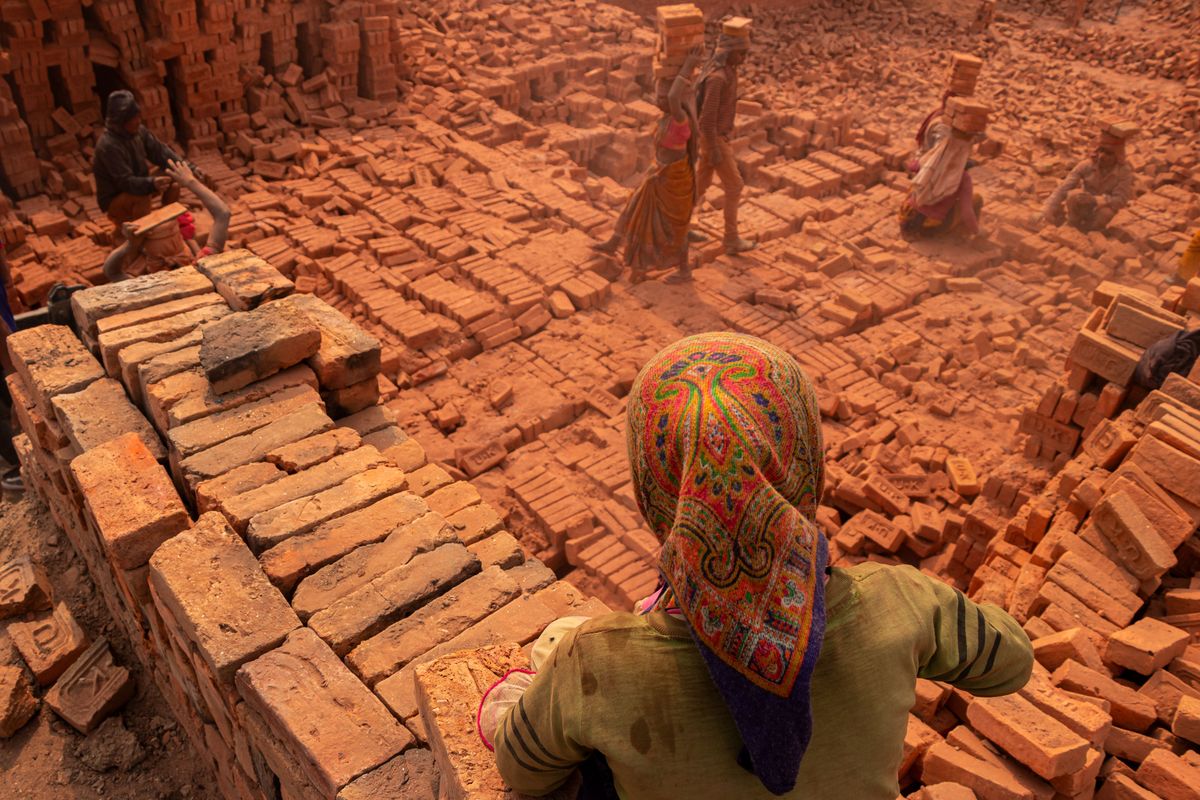 About 300 people work at the Bungmati Intertile Factory, stacking bricks on to their backs and transporting them either to storage or onto the backs of trucks. Out of the 300 workers at the factory, the majority are women who’ve come to the Kathmandu Valley from other parts of the country in search of work. Every year, as more and more Nepali men leave the country for work abroad, more women join the construction industry, which is in constant need of daily wage workers willing to do hard physical labor for not much pay.

According to the Nepal Labour Force Survey 2017-18, there were 111,000 women employed by the construction industry, compared to 867,000 men. But the majority of these women work under less than ideal conditions, according to a two-year research project, ‘Precarity, Migration and Agency: Women Construction Workers in Nepal’ conducted by the University of London’s School of Oriental and African Studies (SOAS). Most do not have proper work contracts and safety regulations are widely ignored.

I stopped by the factory on Sunday to speak to some of the women and try and understand their experiences working in an industry that is still largely dominated by men. Most of the women I spoke to lived on the premises of the factory and many of their husbands do the same work. The women work about eight to nine hours a day and are able to make between Rs 600-800, depending on the number of trips they make transporting the bricks.

During the Covid-19 lockdown in 2020, the brick factory had closed, forcing many of these women to go back to their hometowns. But now that the lockdown has been lifted and factories have opened up, the women are back at work.

“This work is tough but the more you work, the better you get paid,” she said.

“I did not have any hope that I would be able to do this job. I was not fit at all, it looked like a manly job to me as it requires a lot of physical labor,” Pariyar told me, pulling down her face mask.

Like Rima Pariyar, Bisne BK too lives and works with her husband in the brick factory. They’ve been working at the factory for a year, having moved here from another factory. During the lockdown, she went back to her home district of Rukum, where she worked on a farm. But now, she’s back to transporting bricks.

“I work for at least eight to nine hours a day, which is hard for me but there is no other option as I am not qualified for any other job,” said Bisne.

Balkumari BK is 54 years old and from Rolpa. Her husband died some time ago due to an illness and she has been working ever since to provide for her three sons. Balkumari has been working at the Bungmati factory for six months.