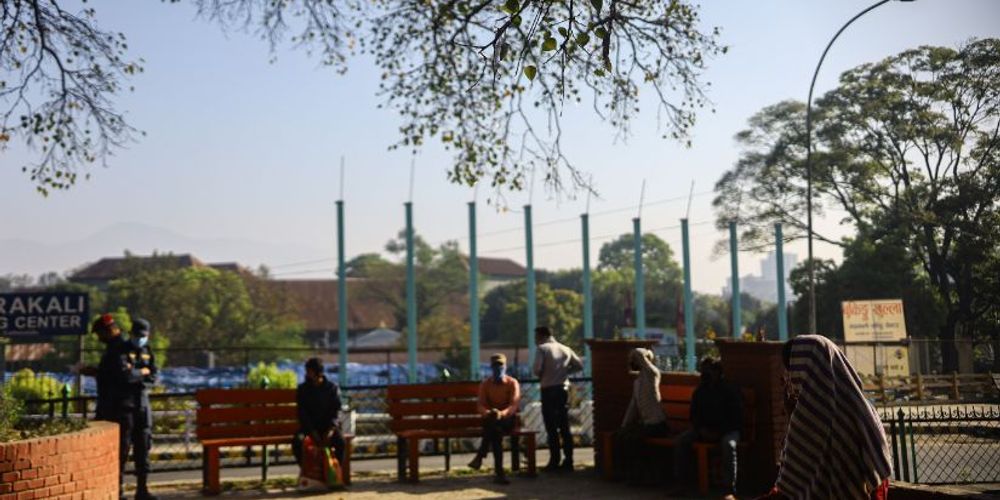 The two men are recent migrant returnees from India, while the woman is the sister-in-law of a Gulf returnee who tested positive last week. Traces of the virus in the female patient has worried authorities as hers is the first case of a local transmission of the virus.

"We have entered into the second phase with this first case of local transmission," Bikash Devkota, a health ministry spokesman, said during a press conference.

Meanwhile, thousands of seasonal migrants continue to return from various states in India while some remain stuck at border points.

Calls for extension of lockdown

Experts have urged the government to extend the lockdown by a week as the country has seen a sudden surge in the number of Covid19 patients in recent days. Speaking at an interaction program organized by the Ministry of Health and Population on Saturday, health experts made the recommendation based on the likelihood that more transmissions could be made by incoming migrants. Health Minister Bhanu Bhakta Dhakal said that the government would take an appropriate decision after consulting with concerned stakeholders.

One arrested over infodemic

The Nepal Police have arrested an individual for spreading misinformation about Covid19. The arrestee, identified as Gopal Sunar of Beldadi, Kanchanpur, was arrested for posting rumours about the death of a Covid19 patient, according to DSP Rabindra Paudel of Kanchanpur Police.

On Friday, Bikash Devokta, spokesperson for the Ministry of Health and Population, had urged the media from restraining coverage of unconfirmed reports surrounding Covid19 cases. Police officials across the country are having a hard time containing the spread of misinformation and rumours about Covid19, according to Nepal Police spokesperson Umesh Raj Joshi.

Prime Minister KP Sharma Oli on Saturday held a telephone conversation with his Bahraini counterpart, Prince Khalifa bin Salman Al Khalifa, and thanked him for taking care of Nepali migrants under quarantine during the coronavirus pandemic. Bahrain, home to an estimated 40,000 Nepali migrant workers, has reported a surge in Covid19 cases.

According to Nepal's mission in Manama, at least eight Nepali nationals have been tested positive for the virus so far. In a twitter message, Oli said that he would hold a similar phone conversation with the heads of states of other nations.

More than three dozen Nepalis have tested positive for the virus, mainly in the Gulf and Europe.

Over 800 tourists were flown home on Saturday as more countries partake in the bandwagon to evacuate their citizens stranded in Nepal. The tourists, mainly European nationals, returned home in three chartered flights including two Qatar Airways flights and one Malindo Air flight. Nearly 2,000 tourists have returned home since Nepal agreed to repatriate tourists stuck in the country last week, according to Hom Nath Thapaliya, an immigration official.

Price of vegetables has skyrocketed during the Covid19 lockdown owing to low supply and slack monitoring from concerned authorities. One kilogram of lemons was selling as high as NRP 350 at the Kalimati vegetable market on Saturday. The price was even higher in retail markets. The price of other vegetables, including potatoes, tomatoes and leafy greens, has nearly doubled since the lockdown started on 24 March.

Meanwhile, farmers across the country have been facing hurdles in selling their farm produce and dairy products due to disruptions in the supply chain.

Covid-19 cases might have gone down but long covid remains

More research into the prevalence and effects of long covid in Nepal is necessary, say doctors.

The die has been cast

With over 7,000 cases over the past 24 hours, Nepal has crossed the point of no return. The best time to act was yesterday; the second best time is now.

The kitchen and patriarchy

The internalized belief that women should always put the needs of her husband and her family before hers is the product of a patriarchal mindset that begins from the kitchen.