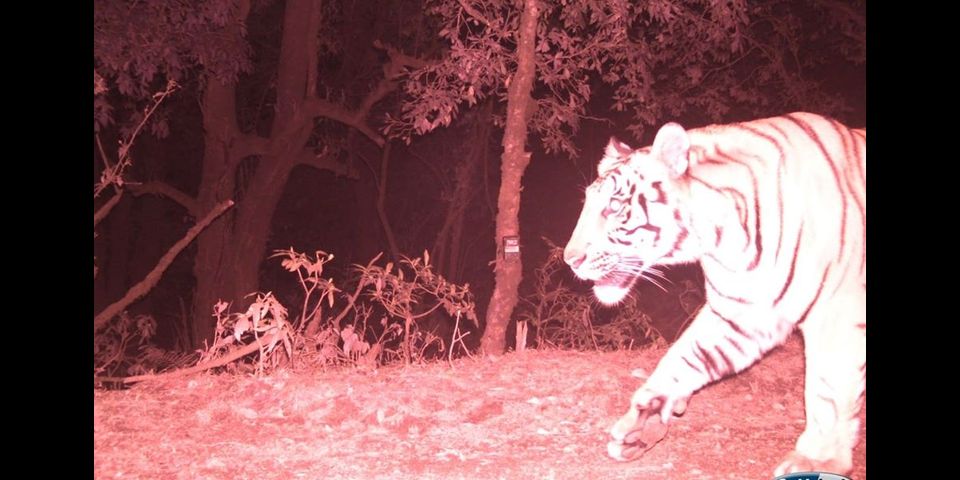 While many countries are celebrating how animals from the wild are reclaiming the streets, incidents in Nepal reveal an entirely different story: a deadly crossfire in Parsa, one elephant shot dead in Bardiya, two crocodiles killed in Chitwan, and six buck deer massacred in the Everest region. Despite the authorities’ making dozens of daily arrests, the Covid19 lockdown has made wildlife more vulnerable to incidents of poaching.

According to experts, poachers are taking advantage of the reduced monitoring and dispersed public movement during the lockdown to target wildlife. Other factors such as fewer tip-offs from spies and villagers, reverse migration in villages, joblessness, and poverty are also contributing to the sudden rise in poaching activities.

“This is a perfect time for poachers since everyone is staying indoors due to the coronavirus lockdown. It is also a time when animals are freely roaming in the forests,” says Bhumiraj Upadhyaya, chief of the Sagarmatha National Park (SNP).

Following a tip-off from locals on 28 April, SNP rangers recovered the bodies of six musk deer, including a female killed by poachers’ snares. The poachers took the musk pods from two deer. Six people have been arrested for their alleged involvement in the killing.

“It seemed like they set the trap and did not check them for a few weeks,” says Upadhyaya. “Some of the pods had already decayed.”

Weeks before the killing of the deer, poachers had electrocuted an elephant in the Rajapur area of Bardiya National Park, but fortunately, rangers arrived at the scene before the tusks could be smuggled. According to Ananath Baral, the national park’s warden, there has been a sudden increase in the number of people entering forested areas. These have included not just poachers but also villagers foraging for wild vegetables and looking to snag birds and deer.

The buffer zones in the Terai are home to some of the most disadvantaged and impoverished indigenous groups, including the Tharu, Chepang, Sohana, Bote, Kumal, and Santhal. For sustenance, they rely heavily on the natural resources found along the borders of forest reserves.

Forest authorities rescued a leopard cub last month from a village in Waling, Syangja. Children had brought the cub from the forest after confusing it for a stray kitten. Photo credit: Komal Kafle

“It’s becoming harder to keep track of people’s movement and to differentiate poachers from wanderers, as there are far more people than usual in the villages,” says Baral. Villages are now filled with migrants returning home from big cities in Nepal and India.

Experts say that the halt in public movement has encouraged wild animals to venture out of buffer zones and even onto highways, making it much easier for poachers and others looking for wildlife.

“I have noticed a greater movement of deer and even tigers around the village since the lockdown began,” says Bhadai Tharu, a conservationist from Bardiya.

Such incidents of wildlife entering human settlements have also led to conflict between humans and animals. Since Wednesday, local people have killed two leopards in Chandragiri, Kathmandu and in Tanahau.

Following reports of increasing poaching activities and illegal logging of timber from forests, national parks across the country have increased patrolling. Officials say encounters between forest rangers and smugglers have become more frequent in recent weeks. On 27 March, a deadly crossfire between poachers and rangers of the Nepal Army in Mahadev Khola, Bardiya, led to the death of a poacher and injured an army staff, according to the Department of National Park and Wildlife Conservation (DNPWC).

“Encounters with armed men are not unusual, but they usually run away. This group, however, attacked the patrolling unit, giving them no choice but to exchange fire,” says Bishnu Prasad Shrestha, a DNPWC spokesperson.

Will the Gorkhali Army succeed against the great empire?