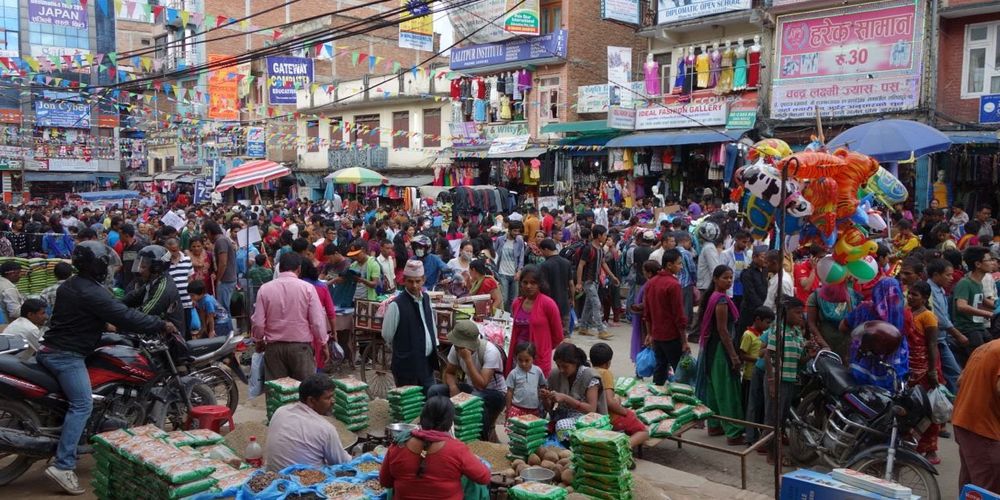 It was back in second grade when 21-year-old Apurwa Prasad first understood what being a Madhesi in Kathmandu entailed. Two girls in her class asked her “what” she was. “Bahun or Chhetri?” Prasad answered that her father was a Madhesi. “So you're a Madishe? Does your father sell vegetables?” they asked. Prasad remembers being infuriated when she repeatedly had to explain that her father was a doctor.

"Later on in my teenage years, the stereotypes associated with being a Madhesi were used as a bullying tactic against me and many of my Madhesi friends. Once, my friend was going to Janakpur for her vacation, so a few classmates of ours asked her to bring fruits from there," says Prasad. “‘It's obviously where you get the fruit to sell in the market,’ they said to her.”

Many Madhesis feel that a process of dominance and discrimination toward Madhes has been in place for the last two and half centuries, started by the Shah kings and continued by the Ranas and the ruling hill elites of Nepal. The exclusion of Madhes and Madhesis is seen as a gradual product of this dominance. Unsurprisingly, they say, a particular definition of what it means to be “Nepali” has persisted in society: that of a fair-skinned, daura suruwal–gunyo cholo clad, fluent Nepali-speaking person. Madhesis, who have a different lifestyle, language, and culture, are frequently assumed to be migrants and not “true” Nepalis because of the cultural similarities and cross-border connections they share with neighboring India.

Indeed, though fifty percent of Nepal’s population lives in the Madhes, the most common assumption that Madhesis encounter is that they are Indian. Strangers regularly try to speak to them in Hindi. Being regarded as Indian, they often have to prove their nationality and identity, both socially and legally. Having to constantly prove their citizenship, they say, can be not only humiliating but also painful.

"They never think of us as Nepali,” says 21-year-old Shweta Shah, referring to non-Madhesis in Kathmandu. “I usually have to tell them that I am one when I go to a store and they instinctively speak in Hindi."

Such misconceptions seem to persist in Kathmandu despite the demographic changes the city has undergone. Kathmandu is now a large metropolis where people of all castes, cultures, colors, and religions live. Yet Madhesis, and those who differ from the conventional idea of how a Nepali should look, speak, behave, and live, say they continue to bear the brunt of what often feels like deliberate ignorance.

Shah opines that people assume the culture of the Terai is uncivilized and backward. She says this is especially apparent when she sees people verbally and physically abusing Madhesis working as manual laborers and vendors. "Since I had the privilege of being brought up in Kathmandu and being educationally aware, I was capable enough to retaliate to these offensive assumptions with arguments. Not all of us are privileged though," says Shah.

Dibyesh Giri has spent most of his life in Janakpur in the Terai. When his forefathers migrated to the area 18 generations ago, his family became more or less assimilated into the Madhesi lifestyle and now prefers being called Madhesi. Giri, too, faced many instances of discrimination growing up.

"Once during my childhood years, I was traveling in a tempo along with my friend, who was darker skinned. The conductor shouted at us to sit properly, calling us Madishe," says Giri. "That was the first time when I felt offended and uncomfortable." Giri says he has regularly witnessed such discrimination directed both at himself and his friends, but he says the worst he has seen is toward working class Madhesis in Kathmandu.

Because Giri is from a caste that is traditionally considered belonging to the hills, he has faced incredulity from strangers and acquaintances because he comes from the Terai and does not confine himself to the established conventions of what it means to be from his ethnic group.

Twenty-five-year-old Robin Shah has had a different experience. He was educated at an Indian school in Kathmandu and then went to India for undergraduate education. "I had a mix of students and friends from all backgrounds in my school, so I didn't have much interaction with the word Madhesi except for when I went to our ancestral home in Birgunj in the Terai. Only during my high school years when I broadened my horizons and became more politically aware especially due to the Madhes Andolan [Madhes Movement] did I actually understand who Madhesis are," says Robin.

After coming back from India, he started working in the NGO sector in Kathmandu. He says he regularly faced racism. "People around me used to assume that I was Indian by looking at my face. Then, when they saw that I could speak Nepali very well, they concluded that I come from the Terai. Never once did they think that I was a Nepali first, who was born and brought up in Kathmandu even though my roots are in the Terai."

Robin Shah believes that what he has come to understand through his experiences living in India and Nepal is that there is deep segmentation, even in Kathmandu; everyone has their own identity. He believes that natural borders do not always define a person's identity; cultural factors also play a significant role.

Madhesis in Kathmandu are treated much better today than they were only a few generations ago, the four Kathmanduites agree. Gradual change has come through political awareness, education, and development, but, they say, the only people who have really benefitted were already privileged; there is still a long way to go before all of Kathmandu’s misunderstanding, discrimination, racism, and stereotyping is stamped out.

Preeti A. Karna  Preeti A. Karna is a student of Media Studies at Kathmandu University. She likes to write about the marginalized, environment, and youth.