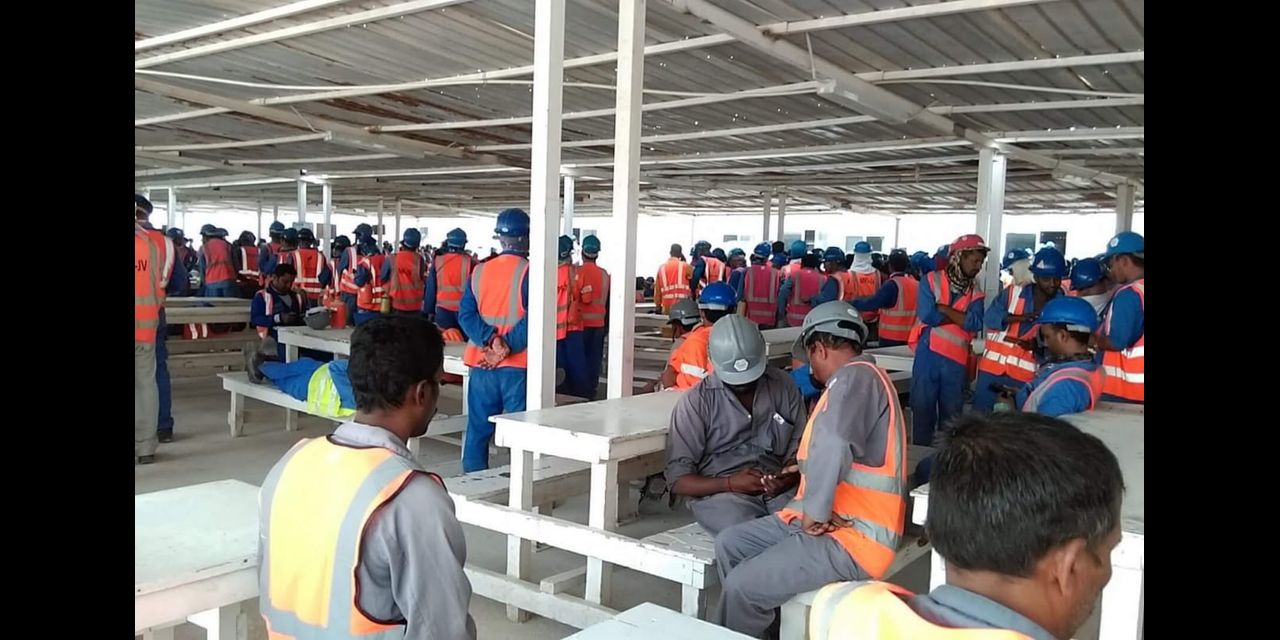 Krishna Raj Pun was thankful to the Oli government when he first heard Prime Minister KP Sharma Oli’s announcement to repatriate stranded workers like him. A migrant from Chitwan who works as a security guard in Dubai, the business hub of the United Arab Emirates, Pun lost his job to the Covid-19 outbreak.

“Our company has arranged food and accommodation for us and may recall us to work after the pandemic subsides. But we have made up our mind to return home,” said Pun. The excitement with which Pun and his friends had welcomed the news of repatriation has already given way to frustration--due to the exorbitant fare set by the government for those seeking to return home.

“They are asking for Rs 60,000 for a one-way flight. That’s more than the amount I paid for a two-way ticket last year. We understand that it might not be practical for the government to bear everyone’s ticket expenses. But they could at least charge the usual fare,” Pun told the Record over the phone.

Since the ‘first phase of repatriation’ began on June 5, Nepal Airlines and Himalayan Airlines have brought home around a third of the 24,148 workers who enlisted  for the first phase. More than 18,000 workers stuck in 30 countries are scheduled to start flying home in the coming days.

Many workers like Pun, who are willing to pay fair airfare, have thus decided to wait until the resumption of international flights to get a more reasonable deal. Those without money have completely given up hopes of returning home.

“We haven't earned a penny since mid-March, and the company has clearly told us that it cannot pay for our tickets. Now, our government doesn't want to take us back,” said Sarina, a domestic help working in Qatar.

Sarina and 12 of her friends were recently taken to a quarantine facility, for possible exposure to the coronavirus, and they’d returned after 36 days to their room, in a suburb in Doha. But they’ve found themselves in yet another fix.

“We can neither return home nor stay here any longer, as our visas have already expired. We’d already lost our jobs, and the company hasn't been able to find new placements for us,” said Sarina, whose husband also works in Qatar.

Pun and Sarina, who spent around Rs 100,000 and had to overcome a series of hurdles to find jobs in Qatar, are no strangers to Qatar’s apathy and culture of systemic exploitation. But the way the Oli government is trying to make money off their plight has shocked them.

The entire repatriation campaign is starting to look like a well-designed scheme to rip off workers already bludgeoned by one of the worst global crises in recent history.

The government has mandated that Nepalis return home on flights chartered through Nepali carriers and a handful of others it has granted permission to.  This has allowed a small group of carriers to monopolize the flight sector, and prevented workers from finding much better deals on fares.

Following widespread social media outrage, the Ministry of Culture, Tourism and Civil Aviation announced a 10 percent discount on the quoted ticket price. But that price is still much higher--by more than 74 percent--than the amount usually paid by migrant workers, who were surviving on the pittance they earned from doing 3D (dangerous, dirty, difficult ) work.

Besides the exorbitant airfare, the workers themselves are required to pay for food and accommodation at the hotels they have been assigned. If all the associated costs are added, homecoming is proving far more expensive for them than finding a job abroad.

The steep airfare has made repatriation possible for only those who can afford the bloated price tag, and it is also impeding the return home of the hundreds of thousands of low-wage labourers who earn around Rs 25,000 per month.

Earlier this month, the Supreme Court issued an interim order to the government to repatriate all stranded workers, including those who aren't in a position to fund their journey home. The apex court has directed the government to use the Migrant Workers Welfare Fund, made up of contributions of Rs 15,00 from each outbound worker, to repatriate the workers.

Although the interim order had raised hopes that no one would be left behind, it's unclear  whether the order will be followed. Several past orders concerning returnees from India remain to be implemented, together with many other similar rulings on Covid-19 testing and quarantines. Moreover, a few people, including former Labour Minister Ramesh Lekhak, one of the architects of the fund, have argued against using the fund in repatriation efforts. They have said this could create a shortage of funds for carrying out the board’s regular work, such as providing relief to injured workers and to the families of deceased workers.

Even if the order is followed, it's unclear whether it would benefit genuinely distressed workers or only benefit workers with access and power, especially given that unofficial estimates suggest hundreds of thousands of workers may be in the process of returning home.

Exact data on their numbers is unavailable, but some unofficial estimates suggest that around 3 million Nepalis could be working in at least 110 work destinations.

Social contracts under the CPC in China

Behind the Communist Party of China’s remarkable resilience is its continued ability to meet the aspirations of a majority of its population, something Nepal’s communists have always failed to do.