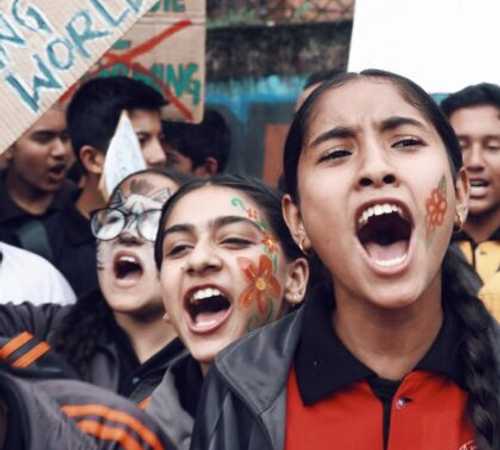 It should come as no surprise that women are disproportionately affected by climate change compared to men. In many regions of the world where women are bound by gender roles, their daily chores are likely to become even more burdensome due to the rising scarcity of water and other resources. Water shortages have already started jeopardizing women’s health and hygiene in both urban and rural areas. During climate disasters, research suggests that casualties include a higher ratio of women compared to men.

The disproportionate effects of climate change on women deserves to be discussed but it is equally important to address the portrayal of women in climate change discourse. The current portrayal of women as ‘victims’ may be well intentioned but it fails to critically consider the systemic issues surrounding the causes and effects of climate change. In the process, such portrayals of women do not acknowledge the role of societal structures in political, social and environmental implications of the global climate crisis.

Discussions on climate change and women often perpetuate victimized and binary portrayals of gender. Such portrayals reinstate a binary approach to gender which reinforces gender roles and avoids conversations regarding gender minorities. Deploying an intersectional lens while studying the effects of climate change would help understand the different struggles faced by minorities, who are all diverse individuals within diverse groups. These dated portrayals assume that women are helplessly suffering while the men are pressured into obtaining and keeping their ‘breadwinner’ status. The livelihoods of non-binary or non-conforming individuals are largely ignored.

The second issue that arises is a further division between the Global North and the Global South. Women from the Global South are usually seen in saris or other traditional attire with earthen pots on their heads and a child on their hips, standing amidst the chaos. These portrayals tend to reinforce biases about the Global South as a place of self-induced suffering. This is particularly dangerous as it diverts the blame for climate change from carbon-emitting countries to countries that do not possess the wherewithal to protect their citizens in the face of the negative effects of climate change. A perverse system of victim shaming is at play here, where countries that barely contributed to the causes of climate change are disgraced globally as incompetent and in need of guidance from the Global North, which is cast as a ‘leaders’ of progress.

Finally, this portrayal is a diversion from the true issue at hand: the structural oppression of women and how it enables and advances the cause of climate change. Climate change will exist as long as capitalist patriarchy does. Capitalism and the patriarchy work hand-in-hand in promoting the exploitation of women and nature. While the capitalist system has rewarded the exploitation of land and resources, the patriarchy has established who exactly will benefit from this exploitation. In doing so, this system has failed women, minorities and marginalised groups, and the planet.

The combination of traditional societal notions concerning masculinity with capitalism has resulted in a destructive cycle of commodifying anything and everything, including land and labour. Dominant figures in the system with an abundance of social and financial capital, while maintaining their macho and overall masculine image, appear to feel no remorse for the people who pay the price of their accumulation of wealth. This can even be seen in populist political movements across the globe. Macho leaders like Jair Bolsonaro of Brazil and Rodrigo Duterte of the Philippines, who adopt masculine images to advance their power, have given private interests free reign to exploit nature in their respective states. The indigenous communities in both these countries who have spent lifetimes caring for their native land have been wholly disregarded.

There is an undeniable linkage between patriarchy, capitalism and climate change, which we can no longer ignore. Our fight for climate justice must go in tandem with our fight for gender justice. Gendering the causes of climate change can help us better realise how deeply entrenched the mechanisms are that have allowed for it to continue. By observing the workings of capitalist patriarchy, which are channeled through institutionalised and organised means, we can better visualise the issue at hand. Approaching climate change as not a disease but a symptom of something much bigger is necessary in order to tackle it at its very roots.

Climate justice methods need to incorporate intersectional feminist thinking and agendas. If not, it will simply mirror the very patriarchal hierarchy that has aided this destruction. This is already being seen in the victimized portrayals of women. By focusing our attention on women as victims, we have effectively taken the conversation away from the potential that these very women have as agents of change. We then look over the necessity to include female leaders and actors in the decision-making processes regarding climate mitigation and adaptation. We also forget that gender represents a power dynamic in itself. This power dynamic must be confronted to get a thorough understanding of climate change -- both its causes and effects. We must address the fact that depicting women as victims while talking about climate change isn’t the solution, but rather, reflective of a larger problem. Only then can we formulate a systemic approach to climate justice.

Because the national strategy for tackling the virus has been all over the place, people remain scared and confused, but they have decided to get on with their lives anyway