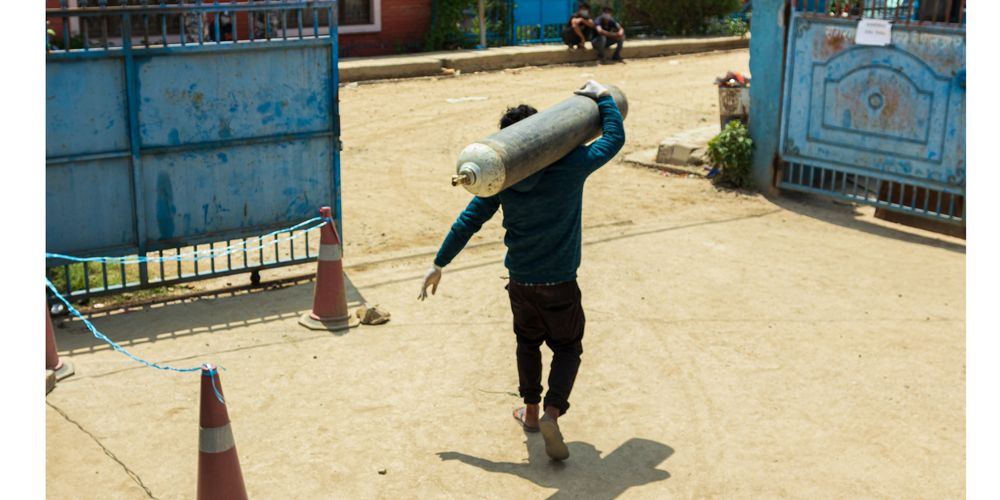 For the past week, the number of Covid-19 cases has consistently ranged between 8,000-9,000. On Thursday, Nepal registered 8,842 new cases with 214 deaths. With cases returning positive at an alarming 44 percent, hospitals are reaching breaking point, with many of them already having limited medical supplies -- particularly oxygen.

As a result, many patients are dying. In the past week alone, 834 people have succumbed to the virus. As of Thursday evening, 1,761 people are in ICUs and ventilator support across the country. And if they are not provided with oxygen, the number of casualties is certain to rise.

“We will only see more deaths until we have more oxygen to save lives. We have reached a point where we are asking moderately ill patients to go back home because we cannot afford to give them oxygen support,” said Dr Anup Subedee, an infectious diseases expert. “We have been saving whatever cylinders we have only for the critically ill. We cannot even refer these patients to other hospitals, because they don’t have oxygen either.” 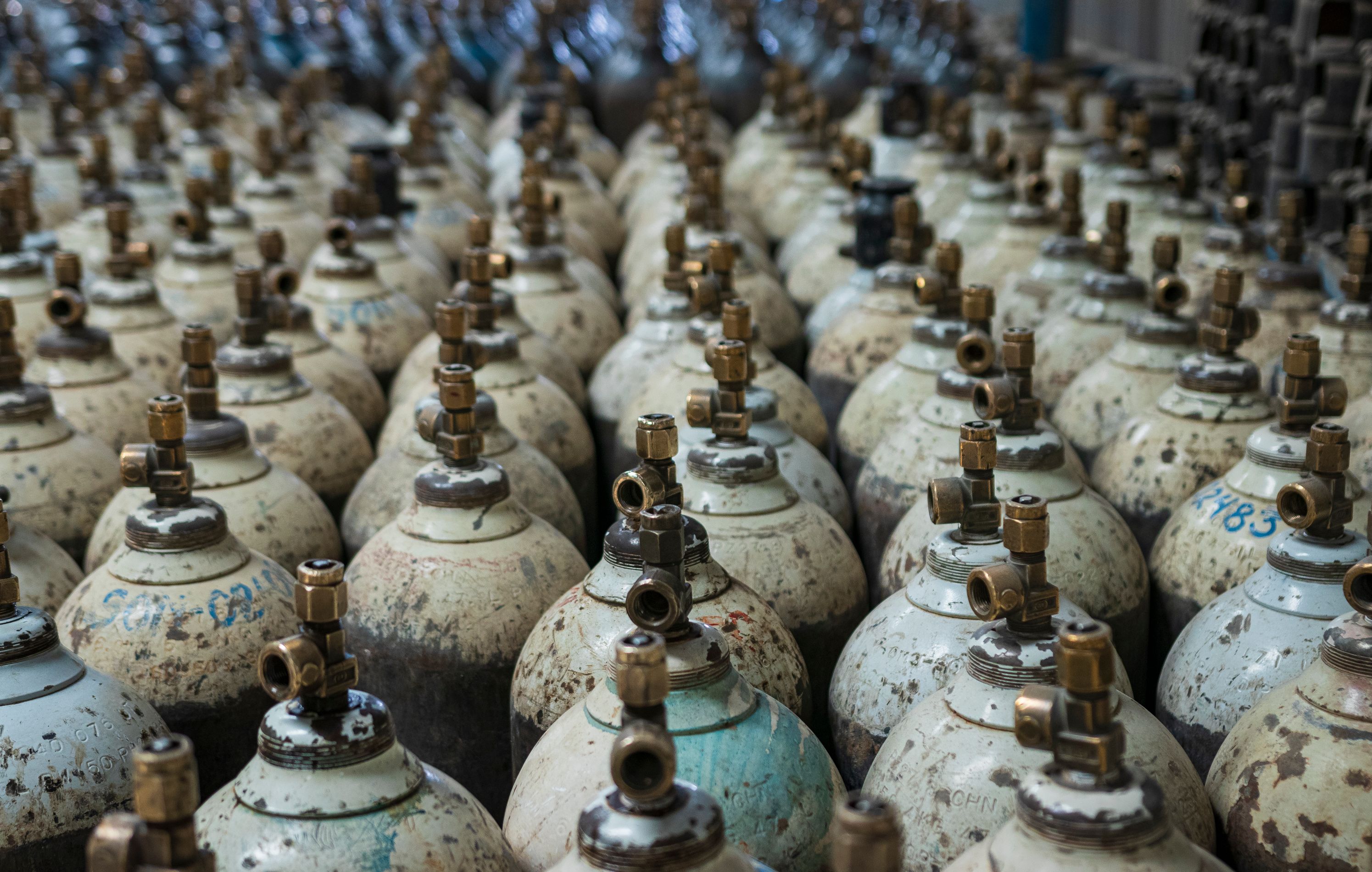 The situation only became much more chaotic after the government, on Saturday, May 8, directed manufacturers to not sell or distribute oxygen to hospitals and individuals without the government's recommendation.

“The step was taken in an effort to curb the ongoing shortage of oxygen cylinders and ensure equal distribution,” said Dhundi Prasad Niraula, chief district officer of Lalitpur. “People with power and money were hoarding cylinders at home. With the directive in place, the government hopes to provide oxygen to those whose lives depend on it.”

The directive has since been withdrawn but not before it had added confusion to an already agonized population. Hospitals were not taking in more patients because they did not have the means to take care of them, said doctors.

“At the time, we had 88 patients, the highest number of Covid-patients our hospital has been able to take care of these past two weeks,” said Amish Pathak, chief of operations for KIST Medical College Teaching Hospital. “We realized that day that with the limited oxygen cylinders we had, we could not add more patients. So, we had to ask many patients, who had recovered a bit and could stay at home with oxygen concentrators, to leave.”

Over the course of two weeks, the hospital has reduced its number from 88 to just 31.

“Despite having 200 beds assigned for Covid-19 patients and a workforce of 500, the hospital has been allocated only 100 oxygen cylinders per day by the Covid-19 Crisis Management Centre [CCMC],” says Pathak. The CCMC had released a list of hospitals with their oxygen cylinder quotas and their designated cylinder supplier.

But to keep the 31 patients at KIST alive, the hospital needs at least 180-200 cylinders a day, says Pathak.

“Despite having the infrastructure to take care of at least 200 Covid-19 patients, we were not able to serve the people because we do not have enough oxygen,” said Pathak.

Even citizens who have taken up the mantle to help people during this crisis are having a more difficult time arranging oxygen cylinders.

“We have five hotline numbers and we receive at least a thousand calls each day on the numbers. Most of them ask us about oxygen,” said Laxman Singh Dhami, secretary of Hamro Team Nepal, a youth group that has been working on feeding the hungry since the earthquakes of 2015. The group is currently providing cooked food, food supplies and oxygen to people.

As a result of the directive, the team was unable to fill up cylinders with oxygen in Kathmandu, which is why some members of the team have now gone to Bara -- approximately 119 km away from Kathmandu -- to fill the 100 cylinders they have collected.

“The CDO of Kathmandu did not give us the recommendation letter but we received permission from the CDO of Bara to fill up our cylinders. That’s why we are here. Hopefully we will get back to Kathmandu by evening,” said Dhami.

Another group, Covid Connect Nepal, a platform to connect patients with service providers, has also been finding it increasingly difficult to connect people with oxygen suppliers.

“Prior to this directive, we could directly establish a connection between oxygen distributors to the people, but now we cannot do that,” said Prabin Khadel, a member. “People are calling us from hospitals asking for oxygen because hospitals are running out of it, and we can’t help them. Just now, a family whose member is admitted to Kathmandu Medical College called us asking if we had any leads. We had to turn them away.”

According to The Kathmandu Post, Kathmandu-based oxygen plants are currently refilling 6,000 cylinders a day, which is not enough to treat the number of active cases in the country. Nepal’s total active cases, as of May 13, is 431,191.

According to the Health Ministry, out of 185 hospitals across the country, only 26 have oxygen plants. But not all of them are in operation.

The situation is so dire that the The Nepal Mountaineering Association has been appealing to mountaineers summiting Everest to bring back their empty oxygen canisters from the top of the mountain.

As a result of the government’s failure to make arrangements for the supply of oxygen cylinders, the Supreme Court on Tuesday too issued an order to authorities to “ensure oxygen supply, medicines and well-equipped hospitals with adequate human resources immediately.”

The government did try to jump into action when the second wave was just beginning. In mid-April, as cases started growing, the government exempted tax, including customs duty, value-added tax and excise duty, on imports of oxygen cylinders. But the effort, say health experts, has come in too late.

International help too is on its way. On Tuesday, help came from China. As part of a grant of Rs 92 million, the northern neighbor sent 400 oxygen cylinders, 10 ventilators, and 170 oxygen concentrators. 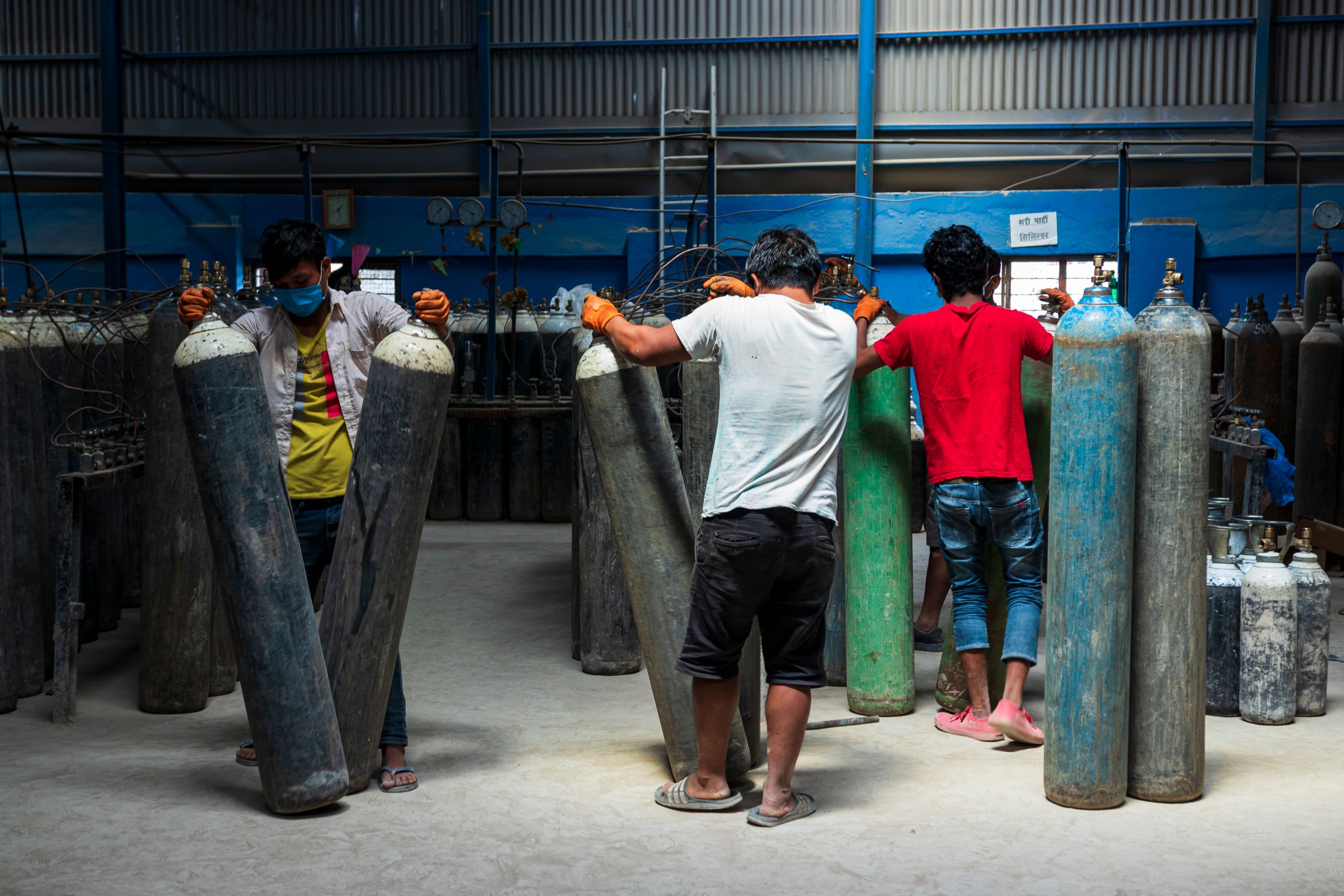 Nepalis residing in countries outside Nepal too are doing their bit to help those at home. Nepalis in Oman are sending 600 cylinders which will arrive on Saturday.

But those working on the ground say the brunt of such slow efforts is being faced by the people. Only time will tell how much. For those trying to help, ad-hoc decisions that implemented one day and withdrawn the next only add to the confusion.

“The number of people who call us asking for help is overwhelming. We are just a small team, trying to do what we can, to make sure lives are saved,” says Dhami, from Hamro Team Nepal. “But our efforts are limited. We need help.”

Not always in the public interest

The number of Public Interest Litigation cases is rising every year and while this could be a good thing, many are simply being filed for publicity and to fulfill personal interests.