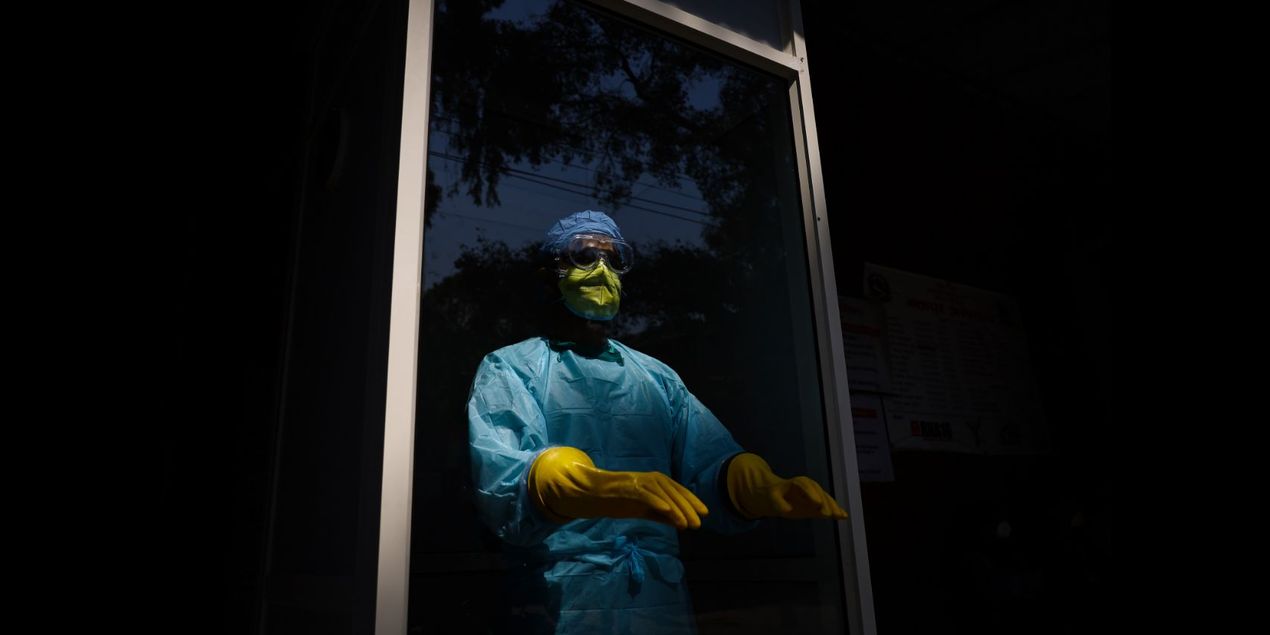 Since its appearance in Wuhan, China in December of 2019, the coronavirus outbreak has proliferated in 209 countries and territories, throwing the entire world into a crisis of unprecedented scale. While China has largely contained the virus and is slowly transitioning into a post-corona phase, many countries in the West are still grappling with the way it has exploded among their populace, overwhelming medical infrastructure and devastating economies. In the midst of all of this, the one measure that has been adopted across nations and appears to effectively be flattening the curve is social distancing.

The idea of social distancing was originally pushed forward by the World Health Organisation and includes the practice of maintaining an at least 6 feet distance from one’s coworkers, neighbours, friends and family, or isolating oneself while avoiding social, religious, political and any other type of gathering. Symptoms of coronavirus can take on average a week to show up, and recent reports show that many cases are actually asymptomatic. Under social distancing, especially during lockdown, people avoid physical proximity with others, which successfully eliminates the possibility of the virus’ spread. Therefore, it would be more apt to call social distancing physical distancing.

To refer to the physical act of distancing oneself as a ‘social’ action highlights how the measure is possible only under the collective conscience and responsible behaviour of members within a society. This makes it a social rather than a medical intervention. But the very act of naming it social distancing inadvertently associates it with the social ostracisation that is entrenched in the history and politics of South Asia.

Read also: A virus gives its verdict on Nepali society

WHO has recognised, albeit somewhat late, its inappropriateness and is now encouraging us to call it ‘physical distancing’ instead. But social distancing, the term, has already gained strong currency within the global psyche and the term has held ground. Worse, the ‘social’ repercussions of the term are manifesting in a different but not unprecedented way; a potentially infected person, especially in South Asia, is now also being stigmatised and ostracised.

Hinduism, the subcontinent’s dominant religious group comprising over a billion members, is riddled with caste hierarchies and a social order that has deemed the lower caste as the group of untouchables. Untouchability, which calls upon a strict distancing of the Shudras from high caste Hindus and which was banned in India in 1955, nevertheless continues to be a prevalent practice. Caste-based discrimination has barred those falling in the lowest strata of Hinduism’s varna system from availing social welfare, educational or economic opportunities in an equitable fashion for hundreds of years. As the Covid19 pandemic unfolds in this region, the system’s workings are now open for the world to see.

A day after Nepal enforced its lockdown, prime minister Narendra Modi also announced a complete shutdown to be abided by India’s 1.3 billion population. On 19 March, Modi had already tested people’s willingness to be under lockdown by requesting a ‘janta curfew’ which was celebrated with a very public clanging and banging of pots and thaalis. The privileged had given their verdict; they approved. On the midnight of 24 March, when the lockdown took effect, they acquiesced obediently, quarantined themselves in their homes and waited for the three weeks to get over.

Meanwhile, a large number of migrant workers in cities like Mumbai and Delhi found that they were suddenly jobless, wageless and homeless. In desperation, many began a long walk back home. But they weren’t allowed to traverse in peace. Apart from police brutality, they were called names and stigmatised, their march back home amid the lockdown criminalised. At least 22 workers died in less than a week. The dehumanisation reached its pinnacle when authorities disinfected a group of migrant workers as they were forced to squat on the street.

Nepali migrant workers, many of whom were part of the trail of those fleeing Indian cities, landed at points along the Nepal border, only to find that their own country would not let them in. In the midst of physical, social and psychological trauma, many have tried to cross over to Nepal by swimming across the Mahakali River, only to be greeted by police’s handcuffs.

Watch now: Stateless at Border due to COVID19 lockdown

In Nepal, the lockdown became an incompetent government’s sweeping but fraught gesture to combat the pandemic. Criminalising its own citizens and violating their constitutional right to enter their own country became another short-cut. An emergency law that took effect did more for the government’s self-preservation than for the wellbeing of its most marginalised citizens. The downtrodden migrant workers became the enemies, frontline health professionals vulnerable to the virus began to be seen with suspicion, and those voluntarily self-isolating have been treated with derision.

On 29 March, on his monthly radio programme, Modi talked about ways to fight the pandemic, his rhetoric fueled by Hindu religious metaphors. He urged Indians to follow the “lakshman rekha” instead of asking them to ‘self-quarantine’, all the while ignoring the fact that many of the most vulnerable in his country cannot afford to do so. Under a plea for “unity”, Modi in fact validated and valorised class and caste divisions. In mock humility, as he apologised to his janta, he furthered the idea that abiding by the rules of the lockdown was a way for them to show love and compassion to their compatriots.

But a group’s ability to show sympathy to an ‘other’ reverberates with unequal power relations, and runs against the notions of liberty, equality and fraternity envisioned by the Indian constitution. Such feel-good sympathy ironically preserves and perpetuates age-old practices of social distancing and ostracisation that have been especially prevalent in places like India and Nepal.

Rajkishor Rajak  Rajkishor Rajak is an Ambedkarite social activist and human rights based development professional. For the past 14 years, he has been associated with Bahujan movement which is working to annihilate caste, patriarchy, gender based hegemony, advocating for social democracy through democratization of existing social system. He is a regular op-ed contributor to different national print media. He mostly writes about social discrimination and advocates for social justice. He has completed his post-graduate study in gender and feminist study.

Why many Nepalis are converting to Christianity