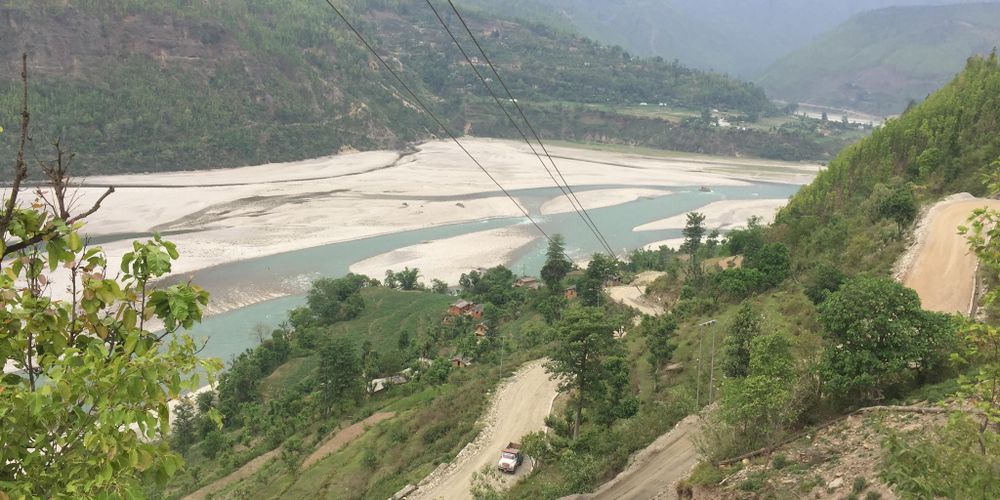 The parliamentary committee formed to investigate the murder of six boys in Rukum (West), in May, presented their report, earlier this week, on how this appalling case of caste-based violence was handled by the Nepal Police. The report sheds light on a host of problems, chiefly pertaining to how the police handled the incident and how they followed the protocols in filing the case.

The murders took place on May 23, when Nabaraj BK, of Ranagaun, Jajarkot, had gone with a group of his friends to Soti Village, in nearby Rukum, to bring back his girlfriend, Sushma Malla, as bride. When they reached Soti, the locals there attacked the group with sticks and rocks and chased them all the way to the banks of the Bheri River, where they continued to beat up Nabaraj and his friends, before reportedly hurling them into the river. The police apparently stood by while this carnage was taking place.

The report created by the committee, led by lawmaker Devendra Poudel, details a series of lapses committed by the police. It points out, for example, that the police did not act even after they had been informed that Nabaraj and his friends were heading to Chaurjhari of Rukum District from Jajarkot. The incident occurred during the lockdown, which means the police could have stopped the group from travelling between districts. Furthermore, Nabaraj’s group consisted of 18 people—meaning they would not have gone unnoticed by the police.

The police say they were informed that trouble was brewing when Soti’s villagers started chasing the boys. But the police had already been informed by Dambar Bahadur Malla, ward chief of Chaurjahari Municipality-8, by the time the group had reached Soti--at around 5:15 pm.

After getting word from the ward chief, the police, who were deployed from the Area Police Office Chaurjahari, reached Soti Village in 15 minutes. The police say that because they had no actual information about the incident, they first went to Soti Village, where only the village’s women and children had stayed back. At this time, Soti’s men were chasing Nabaraj’s friends--all the way to the river. The police then headed for Bheri’s riverbanks, where the locals had cornered Nawaraj’s friends. If the police had headed straight for the river, instead, they would have been able to intervene. Some say the police deliberately went to Soti Village first to avoid intervening during the conflict.

After Assistant Sub-Inspector Santosh Lamichhane and Constable Ramesh Basnet drove to the riverbank, they took in 12 of Nabaraj’s injured friends, admitted two in the hospital, and detained 10 others. But according to the report, protocol required that they should have done more. For example, they did not start searching for six of Nabaraj’s friends who were missing. Had they interrogated the survivors and initiated a search for the missing, they might have been found alive, reads the report.

Survivors interviewed by The Record also state that their friends could have been saved if the police had arrested the right people.

“They arrested us but spared all the attackers,” said Madan Shahi, one of the survivors. “Had they arrested the attackers and interrogated them, some of our friends could have been rescued alive.”

Further, the police didn’t seal the incident area for days. Indeed, they went to the incident site only after the bodies of two boys--Nawaraj BK and Tikaram Sunar--were found on the banks of the Bheri River. Later, personnel from the Armed Police Force were deployed to conduct rescue operations, although it was a team of local rescuers who traced and retrieved all the six bodies from the river.

When asked why the police had failed to arrest the attackers, immediately seal the incident site, and initiate investigations, Jajarkot Police Chief Kishor Kumar Shrestha said that not sealing the incident site had been a mistake. For his part, DSP Shrestha said he couldn’t intervene because the incident occurred within Rukum (West) territory, which lies outside his area of jurisdiction.

The police chief of Rukum (West), Thag Bahadur KC, however, defended the delay in arresting attackers and in sealing the incident site. KC argued that the police couldn’t have predicted how severe the violence would be, and that they had assumed that the boys had crossed the river after they’d been chased.

Some say possible political pressure from the ruling Nepal Communist Party could have influenced the investigation. Police privy to the investigation say the mayor of Chaurjahari Municipality, Bishal Sharma, was not supportive in arresting Ward Chief Dambar Bahadur Malla. The ward chief, who was arrested on May 24, a day after the incident, was released on the evening of the same day. Furthermore, he was only arrested after a formal complaint had been lodged against him.

Further, when the police wanted to transfer all the murder-accused, including Ward Chief Dambar Bahadur Malla, to the district headquarters, Musikot, Mayor Sharma had reportedly tried to prevent the ward chief from being arrested by the police, saying the ward chief was ill and needed to be under medication.

The Nepal Police is often criticised for its sloppy investigations and for its subservience to political power. They are known for serving the interest of political leaders and people in power—because politicians ensure their promotion and protect their jobs.

But such a nexus obviously colours any investigation right from the start. It is the police who are supposed to make a case and present it to the judiciary. However, the police have failed time and again in investigating and collecting evidence in criminal cases. The Nirmala Panta case, for example, has brought to light the questionable roles played by the Nepal Police in similar instances. Much evidence suggests that Pramila Tharu was raped and murdered, but her death was passed off as a suicide. Another rape case, that of Bidhya Ghale, provides yet another example of how facts are fabricated to weaken the case against the perpetrators.

Read also: Anatomy of a police investigation: have authorities in Nepal’s Bardiya district passed a murder off as suicide?

The police are the first point of contact when complaints are being registered, and they are authorised to interrogate individuals when a  case is being constructed. But they are often accused of tampering with the facts presented, in the first place. And it’s the information and evidence gathered by the police that primarily decide the fate of a case.

The report also brings up the issue of why only 50 percent of Nepal’s criminal cases are resolved properly. That’s because of the faulty judicial process, advocate Govinda Bandi has been quoted as saying in the parliamentary committee's report.

Bandi has pointed out a host of flaws in the police’s investigation and the judicial process in the Rukum incident. First, the police did not bother to protect and secure the crime scene. Second, although the police were supposed to collect all the pertinent physical evidence from the scene, they only recovered mobile phones, sticks used in the violence, and a motorcycle. Third, they did not make use of intelligence mechanisms. And fourth, even though the statements made by eye witnesses should be the basis of any case, the statements made by the defendants have been made the basis of the Rukum case. Fifth, statements from survivors and eyewitnesses should be taken first, but in this case, the defendants’ statements were taken first. All these represent violations of proper procedure. Further, the questions for the defendants were not presented in the proper sequence, nor were they framed in accordance with the demands of forensic science. The charge sheet doesn’t properly capture the enormity of the incident, says advocate Bandi.

There are 12 survivors of the Rukum incident, and they could describe the incident better. The government could talk to them in more detail. Further, although the recovered bodies had deep cuts and the dead’s hands were tied behind them, the post-mortem report mentions drowning as their cause of death.

In Nepal, the police prepare reports and charge sheets. In the Rukum case, the probe panel stated that these procedures saw the involvement of Dambar Bahadur Malla, ward chair of the municipality, who orchestrated the lynching of the six Dalit boys. He is the one who informed the police about the boys coming to his village. However, even with the information, the police still allowed the boys to proceed towards Soti, allowed Soti’s locals to cordon off their area, beat the boys to death, and reportedly hurl them into the Bheri River.

A festival in Dolpo showcases the culture of the region and tests the political commitments of the state.