A new set of social media directives, combined with plans to purchase a content filtering system, are squarely aimed at stifling dissent online. 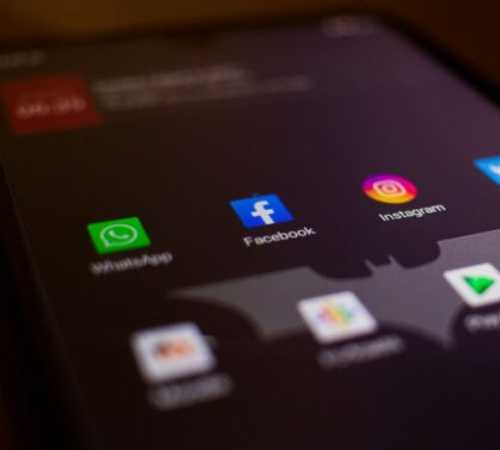 Facebook has about 10.5 million users in Nepal, a miniscule number when compared to their total user base of nearly 2.7 billion. Many thus believe that a company as large as Facebook is unlikely to pursue registration with the Nepal government. And if any social media company fails to register, the new directives allow the government to restrict all access to the platform in question. If Facebook doesn’t register, 10 million Nepalis could soon lose access to the website.

Once registered, the company will not only need to abide by certain rules and regulations, including Nepali laws, but also take down any posts that offend “public decency” and “morality”. The directives offer no clear definition of what these terms mean, leaving it open to interpretation at the hands of the police and the courts. All user data will also need to be handed over to any investigating authorities upon request.

Dahal further pointed out that social media platforms are required to decrypt any data before handing it over to the Nepal government.

“This is a violation of the basic norms of the internet,” he said. “Encryption is a key feature for safety and privacy.”

Rising concerns over privacy have already led many to abandon Facebook and WhatsApp for more secure platforms like Signal. However, apps like Signal, Viber, and even WhatsApp are encrypted end-to-end by default, which means that even if a government demands, they are unable to decrypt the information.

Without providing a specific date for when the directive would come into effect, Communications and Information Technology Minister Parbat Gurung said that the government wants to enforce the new policy at the earliest.

“The government has no intention of being authoritative or curtailing media freedom or freedom of expression,” Gurung told The Record.

The new social media directives are based on provisions in the Information Technology Bill, which is currently in Parliament awaiting ratification. The bill had drawn much criticism from rights activists who saw it as an insidious attempt to control social media. However, with Parliament dissolved by Prime Minister KP Sharma Oli, it appears that the government has chosen a more shadowy route to legislation. Rules, directives and procedures do not need to be passed by Parliament and can be directly approved by the minister. The Immigration Department recently attempted to do the same thing with an amendment to the Immigration Procedures that would require all women under 40 to seek permission from their family and the local government before being allowed to leave Nepal on a student visa. Immediate backlash led the department to step back and say that only women under 40 and going to the Middle East or Africa for the first time on a tourist visa would require prior permission.

The new social media directives have been drafted in accordance with Section 79 of the Electronic Transaction Act which allows the creation of directives to implement the Act, according to ministry officials.

The ETA has no provisions relating to social media but Section 47 of the Act -- which enumerates provisions for punishment, again, in cases that contradict “public morality” and “decent behaviour” -- has consistently been employed by successive governments to stifle criticism and dissent on social media.

In the last two years, from 2018 to 2020, at least 21 individuals, including journalists, have been arrested and charged with ‘cyber crime’ under the ETA, according to data from Freedom Forum. Most cases involve criticism and mockery of public officials like Prime Minister Oli and President Bidya Devi Bhandari.

Criticism on social media of the Oli government has reached new heights ever since he dissolved the Lower House on December 20. Many believe that Oli’s House dissolution was unconstitutional, but the matter is currently before the Supreme Court. Critics of the prime minister point to a creeping authoritarianism, where the Oli government appears bent on stifling dissent.

Recently, on February 11, former member of parliament Ram Kumari Jhakri was arrested from home for her vocal criticism of President Bhandari. She was released later that day after outrage from across the political spectrum.

Even before dissolving Parliament, the Oli Cabinet had attempted to push through a number of troubling bills targeted at controlling criticism and stifling freedom of speech. The Media Council Bill, which is awaiting endorsement, empowers the Press Council to penalise journalists and media outlets, with fines of up to Rs 1 million. It also envisions the Press Council as an arm of the government, rather than an independent press watchdog.

Again, the Special Service Bill, which was awaiting discussion at the House of Representatives when Oli dissolved Parliament, allows investigating authorities to listen in on any telephonic or digital communication without a warrant from a judge.

The new social media directives come at a time of increased scrutiny on Oli and the government but they are also part of a larger authoritarian wave that appears to be rising in the region. With protests by farmers sweeping the nation and criticism reaching fever pitch, India strong-armed Twitter into banning around 250 accounts that were critical of the government, including that of the magazine, The Caravan. The account was later restored.

These new directives are an extension of the gradual stranglehold on free expression on the internet. In 2018, the government banned all digital pornography in what many had called a misguided attempt at preventing rapes and sexual violence. It instituted the ban by ordering all Internet Service Providers (ISPs) to restrict access to pornography websites, however futile that might have been. Back then, the government was forced to rely on private entities to institute its ban but that might no longer be the case.

According to Min Prasad Aryal, spokesperson for the Nepal Telecommunication Authority (NTA), the government has allocated Rs 1 billion to procure a content filtering and URL blocking system, but no purchase has been made yet.

“We are still studying procurement but once we acquire the system, contents that are against the constitution and the law will be automatically removed from digital space,” said Aryal.

Aryal refused to provide any more details on the kinds of content filtering systems they are considering, but armed with a system like this, the NTA itself could begin filtering and blocking any content that it deems harmful without relying on the private sector. With the social media directives in place and a content filtering system, Nepal could then begin policing the internet like China does.

The pandemic as seen by two medics in Dailekh