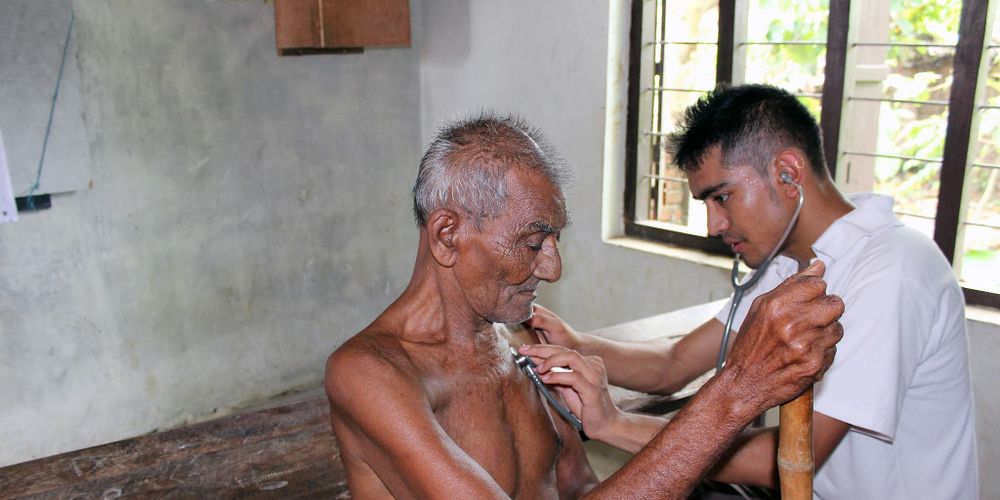 When waters from Kankai Mai River inundated the village of Jhapa in the eponymous district late one night earlier this month, hundreds of villagers fled their homes and took shelter in schools. They rushed to higher grounds in the darkness as waters kept rising, seeping into their homes and damaging their possessions. The river debauched into their paddy fields, bringing with it silt, boulders and vegetation, and destroying months of difficult labor. When the sun came up next day, over seven lives had already been lost and over a thousand displaced.

For several days, the people of Jhapa village huddled together, hoping for some aid to arrive in their waterlogged village. Two days later, a local club arrived with some food and cooking utensils. But their political representatives, who had been elected just over a month earlier, were conspicuous by their absence. Neither did any government officials visit the people displaced by floods and desperate for help.

Around the country, the state’s rescue efforts were delayed and limited by the security forces’ ability to move around, given the weak state of infrastructure. Three days after the floods began, the Nepal Army said they had rescued 5,600 people, over 1000 of whom had to be moved to higher grounds using helicopters; over 460,000 were eventually displaced by the floods and landslides around the country. Since roadways become useless in times of floods, lack of transports like dinghies has been sorely felt. In places like Bhadrapur, Jhapa, the police was fortunate to find a ferry, normally used by the locals to cross Mechi river, to move valuables out of the submerged huts. But the government service with the biggest impact might have been the mass text alerts before the worst of the flood hit, putting thousands of lives out of harm’s way.

When it comes to bringing emergency health services, and essentials like food and medicines, however, young volunteers have been the first responders to the humanitarian crisis. Groups with shoestring budgets, many from as far away as Kathmandu, sprang into action after the floods that devastated huge swathes of southern Nepal. An earlier disaster – the 2015 Gorkha Earthquake – had served as a training ground for them.

Aban Gautam, a 25-year-old medical doctor and founder of the nonprofit Mountain Heart Nepal, led a team of five doctors and two nurses to the flood-hit areas. The team ran health camps in over a dozen villages across three districts in eastern Nepal. “We examined and treated more than 2000 people,” said Gautam, in the process providing life-saving services to communities who suffer most from extreme weather events like this. He said his team contacted the Department of Epidemiology in Kathmandu and liaised with district health offices.

Floods and landslides devastate hundreds of lives in Nepal every monsoon, but resources to help the victims remain woefully short. Any disaster creates multiple challenges, but floodings come with water-borne diseases. Gautam said his team was prepared to deal with skin diseases, respiratory problems, and viral fever that usually spread in the wake of floods. “We knew that health crisis follows a natural disaster. We are also used to tending to injured people,” he said.

Avishek Shrestha, a climate change activist, was in Kathmandu when his native town of Biratnagar was submerged in floodwaters. Shrestha also wears a different hat: an active promoter of cricket in his hometown, he invited a coach from the English Cricket Board earlier this year to Biratnagar to train girls in cricket, a sport dominated by boys. Two years ago, Shrestha also raised funds to install solar power in the quake hit village of Dapchung in Sindhupalchok.

Away from home and itching to help, Shrestha took to the social media to mobilise a cadre of youths in Biratnagar. “We formed a team of six or seven volunteers, who used social media such as Facebook and phones to find out about problems facing the communities,” he said. These young volunteers provided food to people on the outskirts of the town. They delivered relief supplies including rice, pulse, salt, mosquito nets, and mattresses to more than 200 people in Birpur, Mohanpur, Jadaha, Katahari of Morang district. “We also raised awareness about water borne diseases. We assessed damages caused by the floods in about 10 sites,” he said.

Shrestha made it to his home four days later. The water had receded, and the electricity was back after a blackout of three days, which dealt a blow to people’s lives. But even after several days, he said, he was disappointed to see almost no recovery efforts from the state.

“The government sent army and police for rescue. After that, there was distribution of relief, but that’s it,” he said. According to Shrestha, it was the landless people living near the banks of the the rivers, the only land available for the poor and destitute, who were the hardest hit. “These people deserve a safer place to live in. It’s the government’s weakness. They should address the issue of landlessness first,” he said.

The state response in Jhapa village was not much different. Jaya Narayan Shah, the newly elected chief of the village council, said he was unable to leave his home until two nights after the flood. When he did reach his office, he realized it was the local clubs and organizations that had to be approached for relief work. “We did the work of coordinating them,” Shah said, “but it was youth clubs and Marwari charities that brought food and medicines.” Nepal’s National Emergency Operation Center has cells at both district and municipality levels. But the inability of these institutions to mark their presence raises doubts on the quality of their devolution in the federal Nepal.

Meanwhile, the government has announced a Rs 1.25 billion relief package aimed at farmers from the flood-hit areas. On August 16, it announced a daily allowance of 70 rupees for people affected by the disaster for 30 days, which was criticized as being too small an amount.

The biggest flood to have struck Nepal in almost a decade has now slowly faded from the news. While disasters in other places – Houston of the United States and Mumbai of India – have attracted global media attention, with Kathmandu’s politicos back to their shenanigans after playing good Samaritans, perhaps the only good thing to have come out of this tragedy was the work by young volunteers. Just as in the quake’s aftermath, they have given their fellow citizens a helping hand when they needed it the most.