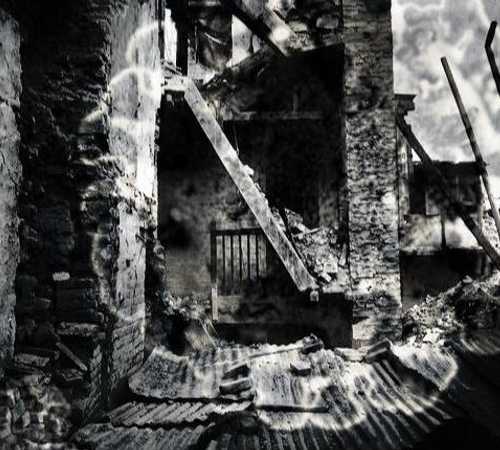 In the last five years, Nepal has witnessed three major destabilising humanitarian crises-- earthquakes, an undeclared blockade by India, and the ongoing Covid-19 pandemic. Though they emanated differently, they have exhibited quite similar phenomena in terms of their effects and of the country’s coping mechanisms. The common trends and patterns observed during these three distinct upheavals are artificial scarcity, leading to black marketing; rampant corruption during the relief and rehabilitation efforts; an uncoordinated approach to response and recovery; and the lack of strategic thinking for turning each crisis into an opportunity to rebuild the nation. These problems were further exacerbated because local and national civil society organisations did not or have not properly monitored the government’s overall crisis-response processes and strategies.

In all these catastrophes, we have seen that Nepal’s crisis-management interventions have been far from effective. Furthermore, although every crisis calls for building back better, during all three crises in Nepal, we have failed to account for this possibility. This article attempts to excavate, using socio-political and economic perspectives, the pervasive problems in our disaster response and recovery processes. To comprehensively probe the gaps, shortsightedness, and flaws in our policies for disaster prevention and risk reduction, we will need a whole host of policy reviews, and we will present deeper analyses of these problems in our future writings.

“If I had eight hours to chop down a tree, I would spend six hours sharpening my axe.” This saying, attributed to Abraham Lincoln, suggests that the better trained and prepared our responders are, the more effective our response to a crisis will be. In all three crises mentioned above, Nepal was not at all prepared to react immediately and efficiently, mainly due to the lack of well-trained human resources, technical and protective equipment for frontline workers, a dedicated budget, and essential supplies. And that resulted in havoc.

When there was a massive bushfire in Australia last year, we saw the Australian government immediately mobilising many civilian firefighters. They had a pool of trained professionals and civil volunteers ready to work in an extremely challenging situation. It is high time that our government also trained civilians, professionals, and security forces to improve our capacity for dealing with future disasters. Besides getting trained properly, such frontline workers also need to be properly equipped and incentivised. But in Nepal, during the current pandemic, we’ve seen how some doctors, nurses, security force personnel and other frontline workers--so pivotal in combating the Covid-19 crisis--have not been paid their salaries or are working with reduced salaries.

Similarly, during all three crises, Nepal immediately faced challenges with providing essential supplies, including medicines and fuel. During the start of the Covid-19 crisis, we saw a shortage of masks and sanitizers and testing kits. The Nepal Government claimed to have food grain stocks to tide over six months. Nevertheless, during the current crisis, we saw price-hikes and hoarding, leading to artificial scarcity--starting from the very first week of the first lockdown. Such scarcities have been an unavoidable phenomenon during all three crises. They have occurred owing to the absence of effective laws and monitoring mechanisms as well as the eroding civic responsibility among service providers in both public and private spheres.

Similarly, corruption has also reappeared as another bizarre unavoidable phenomenon during our crises and has become a way for minting money for public officials, players in the private sector, and middlemen with political connections. Throughout the world, such challenging times see an uptick in donations and charities jumping in to help. But why do Nepalis, instead, resort to corruption during our crises? This is because Nepal does not have strict laws, if not monitoring mechanisms, to check such practices. And oftentimes, those in government themselves have been found to be engaged in such illicit acts. In the post-earthquake relief phase, there was allegedly massive corruption in the procurement of tarpaulins, tents, zinc sheets, and food materials. It was mainly the government representatives at the local level and the political parties’ cadres who were found to be involved in such acts.

After the earthquakes, unlike during the Covid-19 crisis, Nepal received huge financial support from the international community. But the relief materials had to be channeled through civil society organisations--owing to the absence of a one-door government policy. And reportedly, even these organisations weren’t as transparent and accountable as they should have been about their work.

Read also: Reeling from one crisis to the next

During this pandemic too we have seen powerful public figures and others allegedly being involved in corruption in the procurement of medical supplies from China. Several small to big cases of corruption have been reported--from the ward level to the ministerial. Still, a large number of such cases have either gone unnoticed or are underreported. Overall, this mentality--of exploiting a crisis--has perhaps  destabilised Nepali society more than the crisis per se. Again, things might have been different if the country had in place an effective monitoring mechanism for checking the corruption that can occur during the relief and rehabilitation work undertaken in response to a crisis. Only the media has remained at the frontline of monitoring such practices, but they too seem to be operating on an ad-hoc basis. It thus falls on the civil society to initiate a sustained, evidence-based crisis-response monitoring mechanism, which is greatly missing at present.

The distribution of relief packages has never been fair. The influential people involved in their distribution often end up deciding who will be their beneficiaries. Many such packages also do not fulfil the needs of the target groups, such as daily wage earners and income-strapped Nepalis. Furthermore, the ones in need often have to compete for these packages with people who can actually manage to survive on their own, without needing aid. It’s not for nothing that Nepalis often talk about how better off people (a gold bracelet around their wrist, a gold chain around their neck, and sporting the latest mobile phone) are known to join the queue of relief recipients. Thus, perhaps, equity--rather than equality--should be the determiner used to inform the distribution of relief packages.

People who actually need relief also have to put up with administrative processes that make it difficult for the average citizen to access resources. Quite often, a distributor’s supporters and kith and kin and cadres of political parties are prioritised over others in the distribution of relief. Furthermore, adding insult to injury, relief workers often post, on social media, photos of their relief activities: many recipients are put off by this grandstanding, but are unable to oppose it.

Uncoordinated approach to response and recovery

Another aspect that undermines response and recovery activities is the isolated approach the government usually takes. A disaster usually affects all sectors, but the ministries and other organs of the state--as has been evident during this pandemic--usually do not work in sync. To ensure an effective response, all ministries should be part of a concerted effort, with one ministry leading the interventions, in coordination with others. Rather than remaining idle, the Ministry of Women, Children and Senior Citizens, for example, could have developed strategies, with the Ministry of Health and Population, for protecting girls and women when they were housebound during the lockdowns and in the quarantine centres. The Ministry of Labour, Employment and Social Security could have come up with actually actionable plans to deal with the crushing effects of Covid-19 on foreign labour migration. Similarly, the Ministry of Finance should have, by now, rolled out its plans to mend the shattered economy. All these ministries should also work together on strategies, plans, and visions to tackle the foreseeable ramifications of the pandemic. On the basis of this work, they could also work on the larger plan of rebuilding our society better and stronger.

For all these things to happen, there first needs to be proper planning among the ministries and other state actors, but this is largely absent in Nepal. Thus, when a crisis hits, this lack of intergovernmental coordination leaves everyone clueless about which ministry needs to take what responsibility. That’s why, during crises, we continue to see poorly decentralised planning on disaster response activities impacting efforts at the local level.

Acting as if there won't be any crisis in the future will surely, again, cost us many lives and that could have been otherwise saved. Nepal is among the 20 most disaster-prone countries in the world, with more than 80 percent of its total population at risk of natural hazards, according to the ‘Nepal Disaster Report 2017’. The same report also mentions that on average Nepal faces 900 small or large disasters a year. That means Nepal needs to be always prepared to face disasters.

During disasters, owing to the country’s rugged topography and poor infrastructure, people in rural areas rarely get adequate and timely support. And the already vulnerable populations struggle to sustain their livelihoods. But that same human capital could potentially be deployed, before disaster strikes, by the government to reduce disaster risk, improve overall preparedness, and finetune response mechanisms, all of which will enhance their and society’s resilience. Therefore, the concerned authorities should invest in finding alternative mechanisms for leveraging human capital. To do that, they could create a pool of volunteers and professionals to fight the various kinds of man-made and natural disasters Nepal routinely suffers.

But for Nepal to handle crises better, it must first find a solution to its perennial problems related to the scarcity of funds needed to respond to crises. Every large crisis usually prompts the government to establish a special ‘relief fund’ in the aftermath of or during each crisis. But generating resources through such a new fund has always taken a while, leading to a dearth of funds required to respond to large crises instantaneously. This problem can perhaps be resolved by provisioning a ‘permanent crisis response fund’ that is underwritten by the government’s regular revenue sources.

In a nutshell, Nepal needs a game-changing approach to how it responds to crisis--that is, we need to move away from the usual ad-hoc quick-fix approach. Ultimately, the ministries and all state actors need to work together to design frameworks that make our society morally, economically, physically, and environmentally resilient to every adverse situation.