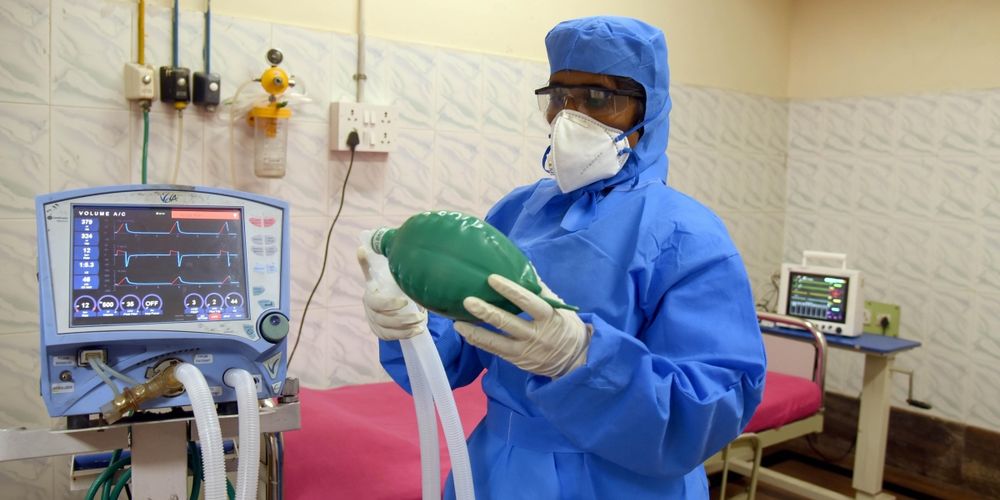 Health facilities, including big hospitals in major cities across the country, are on the brink of terminating services due to shortage of basic health kits and medicines as the number of Covid19 related patients seeking medical attention is gradually rising. With a third positive case - a migrant worker recently returned from the Gulf - officially confirmed on Wednesday, 25 March, and the ensuing panic, this number is expected to rise even more.

Shortage of medical supplies and drugs is a crisis that is likely to hit most hospitals in Nepal in the coming weeks, including the ones already providing frontline services for Covid19. Additionally, it is likely to create a further dent in their capacity to cater to patients requiring dialysis, chemotherapy and other regular services.

"We are quickly running out of even essential medicines like hemodialysis solutions,  chemotherapy drugs and so much more," the Biratnagar based hospital said in a statement.

Anup Bastola, a spokesperson for Sukraraj Tropical & Infectious Disease Hospital, Teku, said, "So far, we haven't faced major problems, but we could soon face shortages given the rise in the number of new Covid19 patients.”

The government has tested 687 people for the virus as of March 25, according to MoHP. Stories of people arriving for testing, but being denied have been making rounds on social media. A resident of Lalitpur that the Record spoke to shared anecdotes about being turned down for testing when he went to Patan Hospital with symptoms of the novel coronavirus.

On Tuesday, Health Minister Bhanubhakta Dhakal said the government was coordinating with provinces and local bodies to ensure a smooth supply of essential provisions. However, health workers in many hospitals are reportedly refusing to attend to patients, especially due to lack of protective gears.

As the number of critical patients increases in case of a Covid19 related health emergency, many fear that the nation’s limited availability of ICU wards and ventilators will have a crippling effect on the healthcare system’s capacity to provide adequate care and prevent deaths. So far, there are approximately 1000 ICU beds across the nation, and last week, the government made a decision to set up an additional 220, including 100 outside Kathmandu. Doctors predict that Nepal may need over 100,000 ICU beds as the crisis peaks.

Inadequate health infrastructure and shortage of medical supplies required specifically for battling Covid19 have intensified the crisis across the world. On 21 March, Andrew Cuomo, governor of New York, stated that his state was “literally scouring the globe looking for medical supplies”.

Meanwhile, more people are showing up to hospitals in Nepal to be tested for Covid19 after two more people, both recent returnees from abroad, have tested positive in the last four days.

The government has started collecting samples from around 125 individuals who had boarded a Qatar airways Doha-Kathmandu flight on 17 March, the same flight taken by the 19-year-old student returning from France via Doha who tested positive for Covid19 on Sunday. 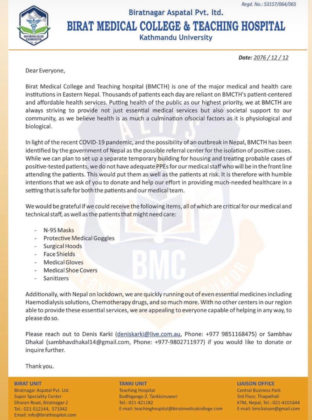 Is maintaining the Kodari crossing between Nepal and China as an international highway a lost cause?