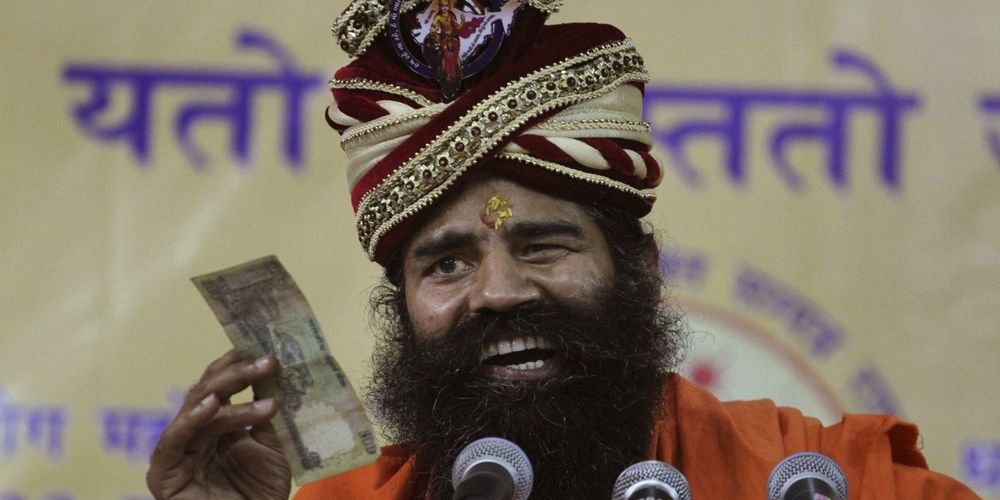 On June 21, 2017, Nepal's Department of Drug Administration issued a public order asking Indian celebrity yoga instructor Ramdev’s Patanjali Ayurveda to recall six medicines after they failed microbial tests. A major businessperson with political links in the country, Ramdev has a large following in Nepal, where Patanjali products have found a big market. During a 2016 trip to Nepal, he inaugurated a Patanjali factory worth 2.4 billion rupees in Bara district. He also announced future investments in billions that he claimed would create 20,000 jobs.

In the following extract from the recent book Godman to Tycoon: the Untold Story of Baba Ramdev, journalist Priyanka Pathak-Narain describes how the Patanjali group's factories manufacture some of their food products. While giving the impression that they use indigenous, natural sources, like any cutthroat corporate machine, Ramdev's Patanjali has mastered the art of using cheap, substandard inputs to outcompete their rivals in the market.

By the time 2013 rolled around, Patanjali Ayurveda factories were churning out 500 products, and hundreds of new products were being tested. Thirty scientists at Patanjali laboratories were innovating food products, Ayurvedic medicines and cosmetics every day. A steady stream of products went into Ramdev’s office for his personal inspection and approval.

Then, according to S K Patra, the CEO who helped lay the foundations for Patanjali’s phenomenal growth, came a big bang – honey. "We simply bought honey from many different suppliers, refined it, processed it, packaged it, put our label and sold it. As Patanjali honey was the cheapest it quickly swept up the market," says Patra, explaining that it was the success of honey that made him think of ghee – a product that was destined to catapult Patanjali into the big league.

When he found a ghee producer (who worked earlier for a competing brand, Gowardhan), Patra hired his plant at first. It took him only days to realize the demand was explosive. "We needed to expand production within days! We started sourcing white butter . . . in truckloads . . . A few hundred tonnes was produced at first. Now, every day, Ramdev is manufacturing 100 tonnes of ghee. Can you imagine? And every ghee bottle is giving him a profit of fifty to sixty rupees. Each one," says Patra.

Startlingly, according to Patra, what Patanjali often sells as ‘cow’ ghee is not cow ghee at all. It is actually ghee that is made from white butter that is, in turn, made of the milk of various animals, not just cows, that is procured from small and marginal producers in various parts of the country, including Maharashtra and Karnataka. (White butter precedes ghee in the production process and is not as nutritious. While white butter contains butterfat and milk solids, ghee contains only butterfat. If white butter is cooked until all the milk solids are caramelized and strained, you get ghee. Ghee, now proven to be lactose- and casein-free, is not only a stable, nutrient-rich fat, but also a source of good cholesterol.)

Nandini, for instance, a milk brand owned by the Karnataka Co-operative Milk Producer’s Federation, is reportedly one of the largest suppliers of white butter to Ramdev. It collects milk from 23 lakh milk producers in 22,000 villages of the state and does not separate milk based on its source (as cow milk, buffalo milk or goat milk).

So the white butter that reaches Ramdev’s factories is derived from the milk of not just cows but buffaloes and goats too. All that Ramdev does to it is melt the sourced white butter, strain it and add some herbs to it to convert it into ghee. Ramdev "claims this is all cow’s ghee . . . but who knows? Is it cow ghee or buffalo ghee or goat ghee . . . even Ramdev does not know! He cannot know! But there it is . . . 1500 crore of his business," remarks Patra.

Ramdev goes one step further. He sells his ghee as desi cow ghee. The distinction of the source of milk is important and has far-reaching ramifications on health. According to Keith Woodford, professor of farm management and agribusiness at Lincoln University in New Zealand and author of Devil in the Milk: Illness, Health and Politics of A1 and A2 Milk, there is a clear link between the milk we drink and a range of serious illnesses such as diabetes, heart disease, autism and schizophrenia. Woodford asserts that mixed breed cows, such as jersey cows, contain the A1 beta-casein which triggers an adverse reaction in the human body when digested. On the other hand, the milk of many herds of Asia (including local Indian pure breed cows such as the Bos indicus) contain A2 protein – which is safer for human consumption.

Ramdev’s vision for Patanjali is that he wants to produce everything that an ordinary Indian needs from sunrise to sunset. Patanjali Ayurveda even produces salt. Salt is a 10,000-crore-rupee organized industry in India. Under Patra, Patanjali Ayurveda tied up with a salt producer in Gujarat. Ramdev began to buy in bulk from them, iodize and pack the salt, and sell it. Today while a one-kilo packet of Tata salt costs Rs 20, Aashirwad Rs 18 and Saffola Rs 31, Patanjali sells it for Rs 12.

So what’s their secret? According to Patra, "Baba never cared about what the market prices were. For any product pricing, he was personally involved. He would ask how much it had cost to produce something. Then with a slim margin – he just wanted to sell." Gunendar Kapur agrees, "He doesn’t seem to care much about the money, he cares about his own legacy. His margins are very, very low. For formal companies a profit after tax of less than 15 per cent is too low. Their investors will not be happy with that kind of a performance . . . Ramdev does not have such a limitation."

Excerpted from Godman to Tycoon: The Untold Story of Baba Ramdev, available in bookstores and on www.juggernaut.in.