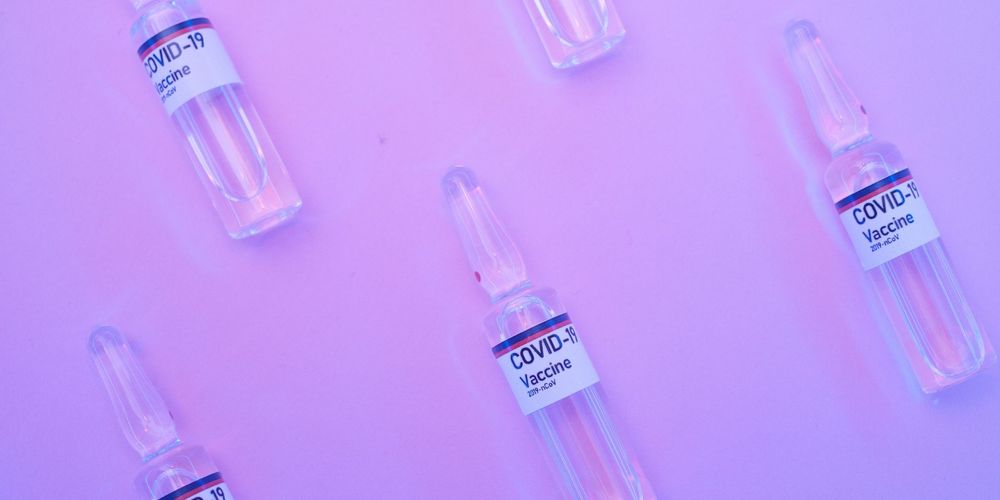 The miracle that Health Minister Hridayesh Tripathi had been waiting for has arrived, much sooner than anticipated.

On Wednesday, Tripathi announced that 1 million doses of the Oxford-AstraZeneca Covishield vaccine, manufactured by India’s Serum Institute, will be arriving in Nepal on Thursday.

“The first installment of the vaccine will land in Kathmandu tomorrow,” Tripathi said at a joint press conference organised by the Health Ministry and the Indian Embassy in Kathmandu. The vaccines from India, the world’s largest manufacturer of the vaccines, are being provided as a “gift”, said Tripathi.

The first group to receive the vaccine will be frontline workers and then, those above 75 years of age. One million vaccines, government officials say, is enough to vaccinate all of Nepal’s health workers. Nepal will need to vaccinate 20 million of the country’s 29 million people if it is to achieve herd immunity. Those under 18 years of age cannot be vaccinated.

The Covishield vaccine, jointly developed by the University of Oxford and the British-Swedish pharmaceutical giant AstraZeneca, is the jab of choice for countries like Nepal. While the Moderna and Pfizer vaccines need to be stored at below-freezing temperatures, Covishield can be placed in refrigerators that are used to store other vaccines like the BCG vaccine for tuberculosis. Nepal’s Department of Drug Administration, the country’s drug regulatory body, approved the Covishield vaccine for emergency use on Friday.

Covishield is administered in two doses of 0.5ml each, with the second dose given four to six weeks after the first. Pregnant women, the immunocompromised, or anyone with a bleeding disorder, however, will not be given the vaccine because they might have adverse reactions to it. For those getting the jab, common side effects include tenderness or pain around the injection site, fatigue, chills, headache, nausea, joint pain or muscle ache.

Unlike the vaccines developed by Moderna and Pfizer, which are mRNA vaccines, Covishield is a vector vaccine. The mRNA vaccines are newer compared to the traditional vector vaccine, which injects a small dose of a different virus (the vector) that will then instruct the immune system to trigger a response to the coronavirus. The mRNA vaccine, on the other hand, injects mRNA that instructs immune cells to create a protein that in turn triggers an immune response, preventing Covid-19.

“Covishield will inject a vector that will teach the body to produce an immune response in the future to the coronavirus,” public health specialist Dr Rabindra Pandey told the Record. “The vaccine will not do any harm to the body; it will instead protect the body.”

The Covishield vaccine was initially found to be around 70 percent effective but later tests raised its effectiveness to around 90 percent, according to Dr Pandey.

Among the Covid-19 vaccines that have already been approved for emergency use by the WHO or are currently in final trials, Covishield is considered a better fit for developing countries like Nepal for a number of reasons. It doesn’t require specialised freezers for storage or transport and it is also being manufactured by India’s Serum Institute, easing logistics and costs. Covishield, which has received approval for emergency use in the  UK and India, is also already being rolled out in the developing world while the other vaccines have not.

So far, the Pfizer-BioNTech vaccine is the only one to have received approval for emergency use from the World Health Organization. The US’ Food and Drug Administration has approved both Pfizer and Moderna.

“Less is known about China’s Sinovac and Russia’s Sputnik-V vaccines since Russia and China have relatively closed societies and health experts haven’t yet been successful in ascertaining their effectiveness,” said Dr Pandey.

India’s Bharat Biotech has also developed Covaxin, which has had less success and is considered less reliable. The development of Covaxin has been dogged by ethics violations and reports of numerous side effects.

Once Nepal receives the Covishield vaccines on Thursday, it will then have to conduct an immunisation drive, which in itself is not a problem. Nepal conducts yearly immunisation programmes and already has a structure in place, said Dr Shyam Raj Upreti, coordinator of the government’s Covid-19 vaccine advisory committee.

Once the first consignment arrives, the vaccines will be stored in Kathmandu. There are over 16,000 immunisation camps throughout the country, thousands of trained health workers, and over 52,000 female community health volunteers, who will be mobilised for the vaccination drive.

“We have the capacity to store 5 million doses in the Capital. Once preparations are made in the districts, we will then transport these vaccines as required,” said Dr Shyam Raj Upreti, coordinator of the government’s Covid-19 vaccine advisory committee.

However, outside of the Kathmandu Valley, many districts are unprepared, as they had not expected the vaccines to arrive so soon. Many districts don’t have adequate facilities to store the vaccines while others have not prepared a list of frontline health workers who should receive the vaccine first.

Read also: Nepal finally approves a vaccine for emergency use

“We are in the process of preparing a list of health workers, volunteers, and workers in health institutions. We are waiting for directives from the federal ministry,” said Ishwar Poudel, vaccination official at the Jhapa District Public Health Office.

According to Poudel, the district has enough storage capacity to store the vaccine.

“We vaccinate around 20,000 children annually. So, our storage will be adequate to store vaccines for frontline workers,” he said. According to Poudel, Jhapa district has 1,200 health workers and 600 female community health volunteers.

However, Parsa, one of the districts most affected by Covid-19, does not have adequate storage facilities.

Manoj Shah, store officer at the Parsa District Public Health Office, said they only have two fridges, one of which is broken.

“We don’t know the dimensions of the Covid-19 vaccines but if it is similar to the BCG vaccine, then one fridge will be able to hold up to 500 doses,” Shah told The Record.

According to Kameshwar Chaurasiya, chief of the Parsa District Public Health Office, the district has prepared a list of 4,800 frontline workers.

“So far, we have only been asked [by the federal Health Ministry] to forward a list of health workers and other frontline workers who will be the first to receive the vaccines,” said Chaurasiya. “But first, we will need to train vaccinators and brief doctors. We still don't know when the actual vaccination drive will begin.”

The Covishield vaccine from India will undoubtedly help Nepal keep its frontline workers safe but the country will need at least 19 million more doses if it is to achieve herd immunity. Minister Tripathi, in his first press briefing on January 11, had said that the government would allow private firms to import the vaccines but also assured that the vaccines would be free.

The government has taken no substantive steps to procure vaccines on its own, hoping to get additional free vaccines from COVAX. As a member of COVAX, the global vaccine alliance, Nepal expects to get at least 20 percent of the vaccines it requires.
For many, India’s “gift” of the vaccines to Nepal was a surprise. Foreign Minister Pradeep Gyawali was recently rebuffed in his attempts to get a sit-down meeting with Indian Prime Minister Narendra Modi during his trip to Delhi. Gyawali met instead with Rajnath Singh, the Defence Minister believed to be Modi’s number 2 in the Cabinet.

The vaccines are being seen by many as something of an olive branch.

India, for its part, has dispatched vaccine caches to a number of neighbouring countries. Since beginning “the world’s largest vaccination drive”, aiming to inoculate 1.3 billion people, last week, India provided 150,000 vaccine doses to Bhutan and 100,000 to the Maldives on Wednesday. Nepal will be the third country to receive vaccines donated by India.