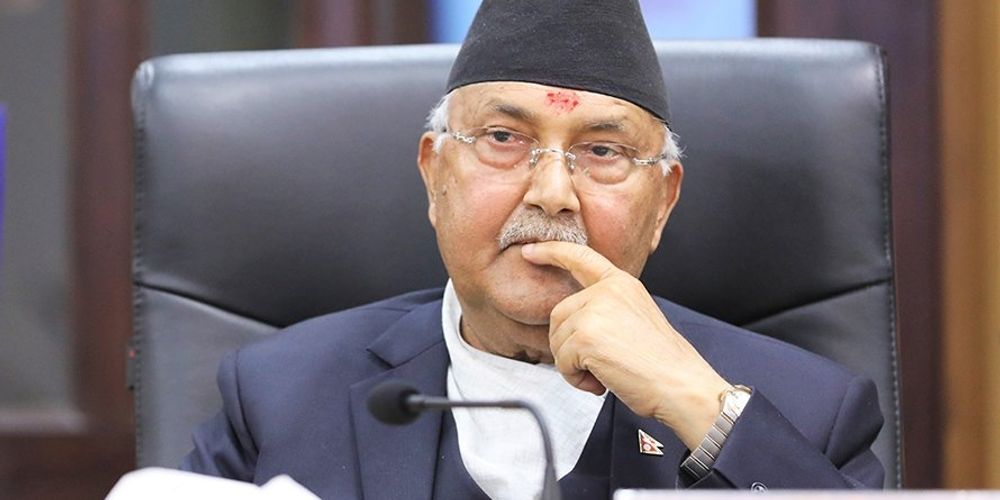 On June 10, a five-judge Constitutional Bench of the Supreme Court delivered an interim order in Borna Bahadur v. Prime Minister & Council of Ministers that will have direct bearing on the functionality of the democratic government in Nepal for the days to come. The issue before the court concerned the authority of the executive branch of the government to make laws using ordinances.

Since April 2020, Prime Minister KP Sharma Oli has issued a series of ordinances, many of which were re-promulgated, instead of being presented before Parliament. In essence, by subverting and evading Parliament, Oli has usurped the people’s power and is effectively ruling the country by dicta, reminiscent of the despotic Rana regime.

In the June 10 interim order, the bench, consisting of Chief Justice Cholendra Rana, Justices Deepak Kumar Karki, Meera Khadka, Hari Krishna Karki, and Ishwar Prashad Khatiwada, pronounced that the power to issue an ordinance was contingent on an situation that renders it necessary to take immediate action.

In plain language, an ordinance is a law that is made and passed by the executive. Within the paradigm of separation of powers, the Parliament, or the legislature, is the primary law-making body. As an exception, an extraordinary right is granted to the executive branch to make temporary laws that will have the same force and effect as laws passed by Parliament.

Article 114 of the constitution grants the president the power to promulgate ordinances on the recommendation of the council of ministers provided that first, both chambers of Parliament are not in session; second, there are circumstances necessitating immediate action; and third, ordinances are ratified by the House within 60 days of its reconvention. Yet, practically speaking, ordinances have rarely been promulgated by fulfilling the conditions and circumstances as envisioned by the constitution.

In December last year, Oli issued an ordinance regarding the functioning of the Constitutional Council, nullifying a previous law enacted by Parliament. The ordinance, which was swiftly approved by President Bidya Bhandari, made it easier for Oli to appoint loyalists to key constitutional bodies. This was a clear and intentional breach of the separation of power by overriding parliamentary scrutiny. By misusing the constitutional provision for ordinances, Oli is attempting to vest the powers of the executive and legislative in himself. The issue is currently sub judice at the Supreme Court, but it is not the only ordinance that has been brought by evading Parliament.

In neighboring India, which has a similar constitutional provision for ordinances, the situation is not very different. In the book Presidential legislation in India, Shubhankar Dam writes that India had issued 651 ordinances by 2009 — an average of 10.85 ordinances per year. Jawaharlal Nehru, India’s first prime minister and a beacon of democratic leadership, often spoke about the “humiliation of ordinances” and “enforced submission” of the people of India during British rule. He himself went on to issue 102 ordinances during his tenure. However, it was Indira Gandhi's excesses that renewed scholarly attention towards its misuse.

In 1969, at the peak of an intra-party power tussle to outmanoeuvre rival senior leaders of the Indian National Congress, Gandhi, with the stroke of a pen, nationalized 14 major Indian banks. The debate on nationalization had been ongoing for years, but to specifically bypass parliamentary opposition, she took such a drastic major decision through an ordinance. Again, in 1975, a day after the Supreme Court placed a conditional stay on her election result, allowing her to remain in parliament without voting rights until the pronouncement of the judgement, Gandhi issued an ordinance declaring a state of emergency. Such pervasive use of the ordinance power for political expediency almost threatened Indian democracy. Since then, courts in India have led consistent efforts to rein in executive excess.

One such recent judgment was in the Kumar v. State of Bihar (2017) case, where the Indian Supreme Court called the failure to table the ordinance before the legislature a serious constitutional infraction and an abuse of power.

Back in Nepal, ever since last year, when the leadership rift escalated within the ruling party, Oli displayed a tendency to rule the country through ordinances. Since then, the Oli Cabinet has issued 25 ordinances, out of which seven were promulgated twice. June’s Borna Bahadur case was concerned with one such ordinance, which made amendments to the Citizenship Act. However, the contentious matter before the court was not the content of the ordinance but the improper exercise of the authority to promulgate ordinances.

In its ruling, the Supreme Court first dissected Article 114 of the constitution and elucidated the conditions and limitations of the power to issue ordinances. The constitutional bench stated that powers to make laws rest with the legislature, and that it is only within a limited framework, when both Houses of federal Parliament are not in session and the situation renders an immediate need, that the executive has the right to issue an ordinance. The court stated that any ordinance intended to bypass Parliament would constitute ‘colorable legislation’ which cannot be said to be valid law.

After analyzing facts and evidence, the court opined that as the Citizenship Act is already in place and its amendments have been pending for over three years in Parliament, the circumstances cannot be said to be surmised to have necessitated ‘immediate’ action. Furthermore, the court stated that the power to promulgate ordinances should not encroach on the authority of the legislature to fulfill vested political interests.

The court found the Oli Cabinet’s actions to be insincere and disingenuous. As Oli had promulgated the citizenship ordinance a day after the dissolution of the House, his actions were not a routine exercise of power but clearly contradictory to the rule of law and the doctrine of separation of powers and checks and balances set forth by the constitution.

Prime Minister Oli has long attempted to subvert democratic institutions, ignoring opposition voices and appropriating the legislative function for himself. Enacting the law on personal whims and rendering the Parliament nonfunctional constitute a serious dereliction of his constitutional obligations. The Supreme Court’s ruling could henceforth be an important step towards curbing Oli’s authoritarian impulses and the systematic abuse of the ordinance provision by successive governments.