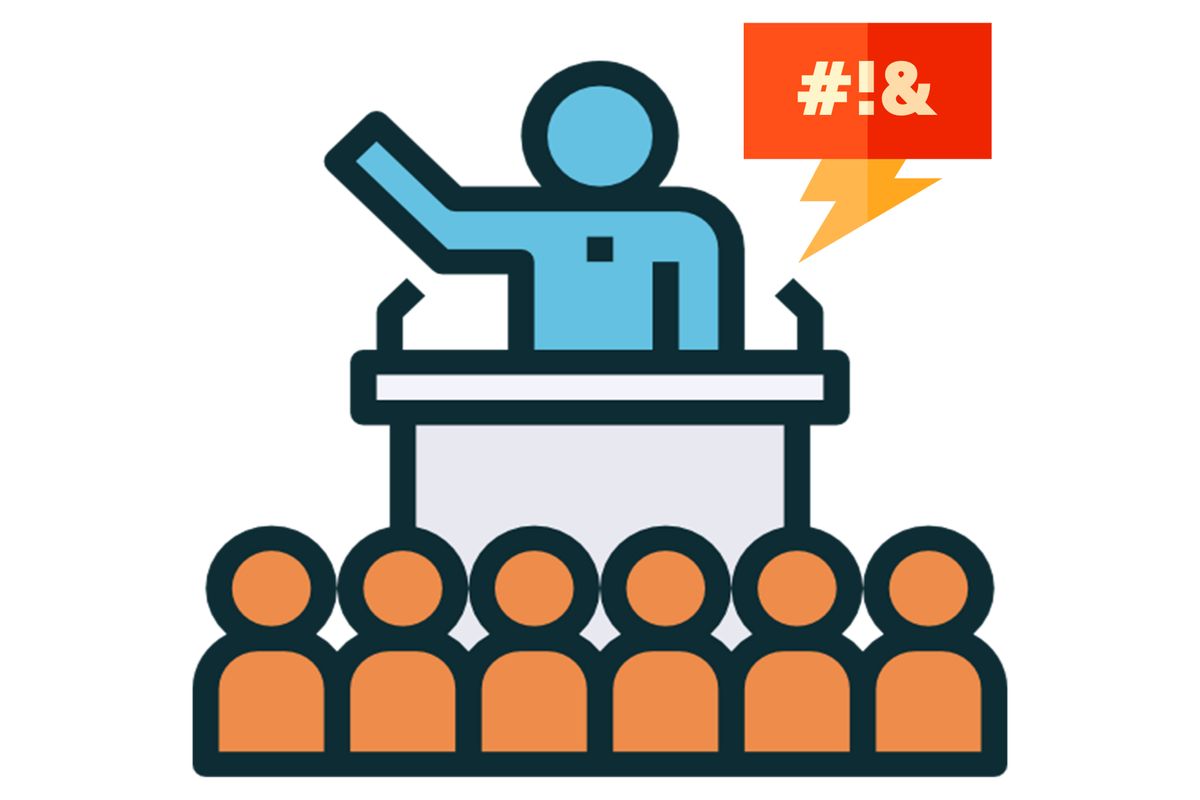 These days, the use of toxic rhetoric -- bitter and abusive language against perceived opponents -- is becoming increasingly common, and not just on social media. Toxic rhetoric appears to have become a means of emotional release for those who employ it and a common form of entertainment for everyone else.

Sadly, it has even become everyday practice for politicians, who are resorting to extremely unpleasant and foul language with vicious and uncivil attacks on opponents. An antagonistic and iconoclastic culture of political dissent is rapidly accelerating. Inflammatory metaphors are rampantly used to strike back at rivals, much to the amusement of the public. The language of fear and conflict is used to undermine their rivals and the situation is becoming tempestuous, fiercely partisan, and highly personal.

Nepali politicians, both intra and inter-party, are in a constant bitter rivalry using toxic rhetoric. Take, for example, former prime minister KP Sharma Oli referring to another former prime minister Madhav Kumar Nepal as ‘kulangar’. The use of this offensive word served no political purpose; it was simply used to demean Nepal just so Oli could earn a few laughs.

This kind of toxic language can be poisonous for a democracy. In democratic practice, leaders should ideally be fair-minded, even to people who deeply oppose their views. Yet, at the present moment, Nepal’s leaders are seen as extremely intolerant. Many of them do not deign to maintain even a minimum level of civility and decorum. In another example, senior UML politician Raghuji Panta made deeply derogatory comments towards popular singer and member of the National Assembly Komal Oli. The comments were misogynistic, leading Komal Oli to file a defamation complaint against Panta.

Many senior politicians, including prime ministers and Cabinet ministers, appear to resort to such language when it comes to their opponents. Mocking and making a laughing stock of opponents appears to have become a habit. Rarely do they ever give credit to their political opponents for good deeds. They refuse to admit that their opponents have ever done anything good.

Writer John C Maxwell famously said, “A leader is one who knows the way, goes the way, and shows the way.” In a real sense, a leader should be a role model for society. But on the contrary, most of our major leaders only seem to know how to blame their opponents using toxic rhetoric. Replicating the actions of their leaders, many civil society activists are now also resorting to such forms of rhetoric to persuade the people and accuse their opponents.

The public’s acceptance of politician’s derogatory language is evident in the manner in which these politicians receive deafening applause. The kind of culture that this promotes leads to a polarized society where civil discussions can no longer be had. On social media, whenever people express their opinions -- especially if that opinion happens to oppose a political party -- that party’s activists attack like hornets, bombarding their opponents with the most stinging, toxic verbal attacks.

Politicians in Nepal are clearly crossing ethical lines. In belief, words, and actions, politicians who lead the country should be morally virtuous, or at the very least decent people. But instead, they are dishonest and ill-mannered, even resorting to material threats in their speech.

Outrage appears to be the discourse of our times. We are in the midst of a grave crisis of civility. We often hear in political leaders’ speech, as illustrated by Jeffrey M Berry and Sarah Sobieraj in the book Outrage Industry, “insulting language, name-calling, emotional display, emotional language, verbal fighting/sparring, character assassination, misrepresentative exaggeration, mockery, conflagration, ideologically extremist language, slippery slope argumentation, belittling, and obscene language.” Words are being used to wound and injure opponents with destructive rhetoric replacing dialogue and the democratic exchange of ideas.

This toxic rhetoric harms not only politicians’ public image but also the people. An ambiance of this kind of talk can be injurious to group cohesion. Defining the negative consequences of toxic rhetoric, John Duffy, writes, “The rhetoric is toxic in the sense that it has the capacity as do toxins in the body, to cause illness, psychological or physical, to the individuals and groups at which it is directed.” Indeed, toxic rhetoric can invite devastating mental and physical consequences. Toxic rhetoric ultimately poisons and destroys.

The use of vituperative rhetoric can provide entertainment for some, but it does not assist in establishing a tolerant, peaceful, and just society, and it certainly does not provide solutions to any pressing problems. Such language can start out purely rhetorical but far too often, end up very material. Antagonistic rhetoric is like a loaded weapon: Never point it at someone unless you intend to destroy them.

There are ways to express even the most serious of legitimate differences using decent, constructive language. In a democracy, differences between opponents are sometimes material, but are always most appropriately settled by non-antagonistic means, such as practicing respect, mutual support, and understanding through a display of compassion and empathy. Encouraging free and open discussion without fear of being attacked is healthy for a democracy.

Jagadish Paudel  Paudel is currently pursuing his Ph.D. in Rhetoric and Composition Studies at The University of Texas at El Paso, US.

Kathmandu air pollution will have long-term impacts not just on public health but also on individual cognition and the national economy.