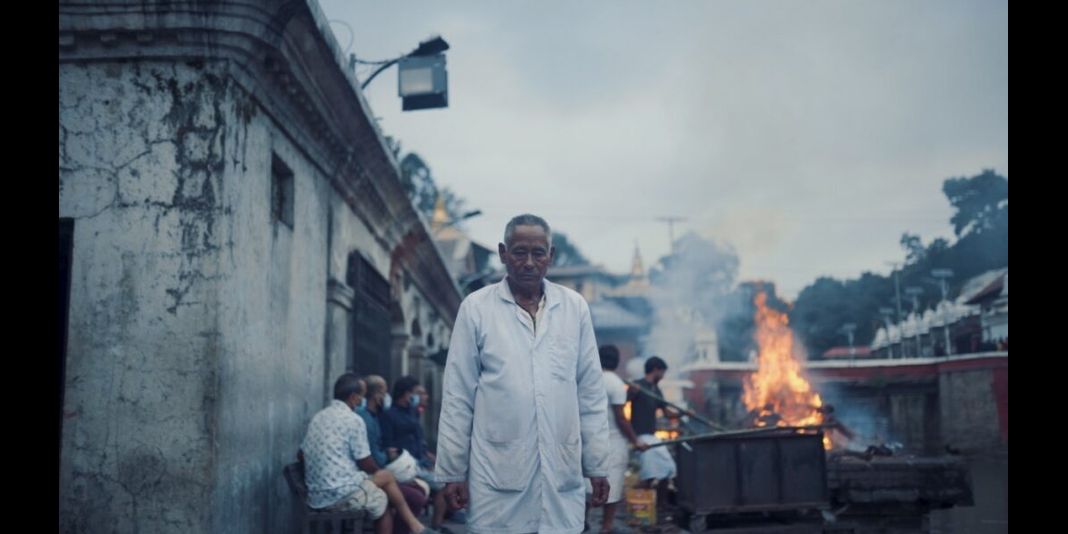 Gyan Bahadur Acharya, 70, spent a good 31 years of his life cremating the dead at Pashupatinath’s Bhasmeshwar Ghat. One of Nepal’s oldest cremators, Gyan Bahadur has lived a singular journey by the blazing pyres.

Born into a poor family, Gyan Bahadur realised the obvious importance of money at quite a young age. Searching for a stable income, at the age of 15, he travelled from Chandragiri to Kathmandu, placing his faith in Lord Shiva. He believes it is his devotion to Shiva that eventually led to his working as a cremator in Nepal’s most holy site--Pashupatinath--after working other jobs.

Although he is a firm believer in destiny and a stoic at heart, Gyan Bahadur has had to struggle with a series of immense losses. By the time he was 25, he had lost two of his young sons, with his first wife, Radha Acharya. And although many years have passed since those tragedies, Gyan Bahadur and Radha still haven’t found closure.

After Gyan Bahadur lost his sons, he could not bring himself to cremate the bodies of children and infants. “I would see the faces of my sons if I got close to the body of a child,” says Gyan Bahadur.

Gyan Bahadur recently stepped away from his life as a cremator. But even as he embarks on his life of retirement, he knows the memories of his time spent at the ghat will continue to haunt him, until, he says, he too leaves this earth via a pyre laid out in the very place he spent the majority of his life.

In the retrospective photo story below, I document Gyan Bahadur’s daily activities in the months before this year’s Dashain, after which he stopped working at the ghat.

This photo essay uses stills captured from the documentary ‘The Cremator’, which will premier at the Kathmandu International Mountain Film Festival (KIMFF) on Dec 12.

Nishon Shakya  Nishon Shakya, a recipient of the Toni Hagen Foundation Documentary Youth Grant 2020, is a recent graduate of Media Studies at Kathmandu University. He creates documentaries, short films, and advertisements. ‘The Cremator’ is his debut documentary.

Why Nepal loves Rabi Lamichhane – and why some revile him