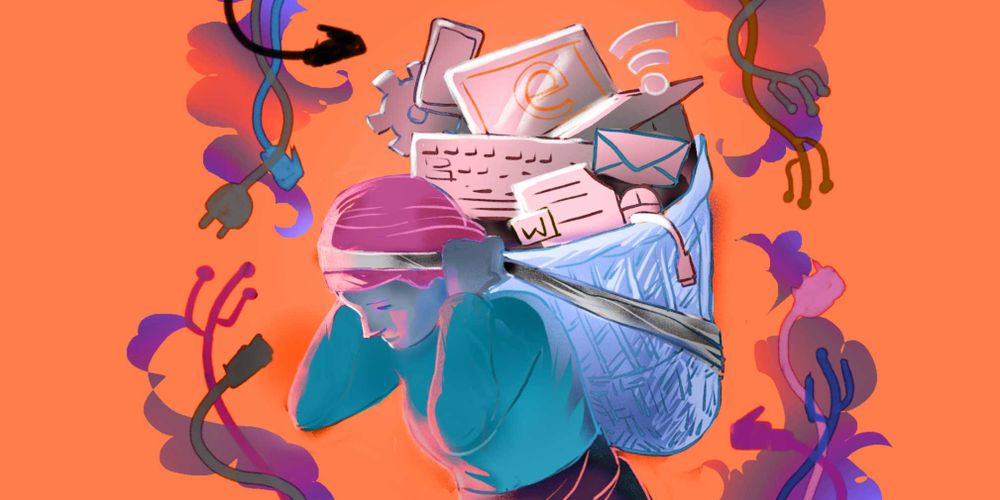 On weekdays as most Nepalis head to offices, Anish Upreti, a BSc student at Mount Annapurna Campus in Pokhara gets ready to offer his services on a virtual labour platform. The platform connects him with people that are willing to pay him to complete short term tasks or service buyers. Once Anish finds something he is willing to do he offers a price for his services. Acceptance of Anish’s price by the service buyers leads to an exchange of labour and payment. Both Anish and the service buyer are not bound by a contract at any point. Each only assumes responsibility for timely delivery of work and payment. Anish, service buyers, and the virtual labor platform in this exchange form the new and fast growing ‘gig economy’, where the non-association, virtual platform and choice separate gig work from zero hour contracts and daily wage labor.

Gig work promises easy access to jobs, good income and flexible working hours. All it is supposed to take is some basic information, a payment gateway and registration on the virtual platform to get working. It is not surprising that there are now a growing number of Nepalis working in the gig economy. We even show up on the online labour index (OLI) when Myanmar or the Czech Republic do not. But is the reality of working in the gig economy living up to the promise for Nepalis? The answer lies in the terms under which Nepalis participate in the gig economy.

Nepal even shows up on the online labour index (OLI) when Myanmar or the Czech Republic do not.

Apart from the OLI which only measures gig workers from select sources, detailed published figures are hard to come by. Instead, direct conversations with Nepali gig workers, although anecdotal, provided some insight. Together with a little help from Heeks (2017) we can broadly separate the gig economy in Nepal into two types of gig work based on service delivery.

The first is digital gig work where service is delivered virtually and so not constrained by geography. This type is represented by international microwork platforms such as, Freelancer and Upwork who host virtual tasks or microwork required by service buyers from across the globe. The quantity and range of tasks on offer are vast, from editing CVs to developing software applications. Workers bid for the chance to complete tasks with the most competitive bids awarded tasks. Completed tasks and payment are both exchanged virtually without the two parties ever meeting in person. Now estimating number of Nepalis in digital gig work is hard for two reasons: the sheer number of digital work platforms, and difficulty in getting them to share worker data. The OLI is an attempt at measuring real time digital gig workers data from four sites. It allows us to see that Nepalis in digital gig work are significant but again prevents us from making an informed estimate as it leaves out large platforms such as, Upwork and MTurk.

The second is physical gig work, where service is delivered in person and so constrained by geography. For now, only Tootle fits the definition of physical gig work in Nepal. It has, at most, a hundred active workers offering rides at any point in time. Thus, physical gig work is a much smaller part of the gig economy in Nepal than digital gig work. Tootle allows bike owners to make a living by renting out their back seat to riders. Bike owners can select passengers based on pickup and drop off location and a displayed pre-determined set payment for their services. No bidding is required and getting jobs is on a first-come first-serve basis. The bike owner then picks up the rider and gets paid upon drop off.

Conversations with Nepali gig workers showed that they tended to be young Nepalis from urban centers. Where they differed was in their experience of participating in the gig economy.

Conversations with Nepali gig workers showed that they tended to be young Nepalis from urban centers.

Income is the main motivator behind the decision to work. But what Nepalis got on the gig economy was often far from what they wanted. Digital gig workers competed with bids from around the world. This meant that most bid for tasks at the minimum rate and even then, did not receive tasks for months. It took Anish six months of bidding at minimum rates to land his first paid task on the site Freelancer. It was a website designing job that paid him only four thousand rupees (USD 40) when the going rate for similar work is about four times higher. He said, "Sometimes I feel like I am wasting my time, but if I don’t do it I have no work to do."

A ‘rating system’ which tracks reviews of completed jobs provided digital gig workers hope that enough good reviews would translate into regular work. This was not easy as Nirman Pradhan, an experienced copywriter on Upwork, explained, "You have to compete with the entire world and push yourself constantly to just be competitive." Unstable work meant irregular incomes. Another experienced worker on Upwork, Avinash Jha, mentioned that he had earned over a hundred thousand rupees in a month and nothing the next few. Earnings divided over time meant Avinash did not make enough for his monthly expenses. There were also exceptions. A few Nepalis on Upwork had managed to find regular clients that provided them with a steady stream of high paying work. They were able to complete complex tasks, but their key trait seemed to be client management and retention.

The highest paid Nepalis on Upwork were able to complete complex tasks, but their key trait seemed to be client management and retention.

Physical gig workers in Nepal typified by those on Tootle seemed to have it easier as competition was limited by nature of service delivery with a fixed rate paid for services. There were still stories on how finding clients was hard on some days, made harder by weather conditions such as rain. Workers further complained about an earning ceiling created by set rates and a limit to how many rides they could physically give in a day. This helped restrict income potential which in comparison was lower than what the experienced digital gig workers were earning.

Gig workers normally don’t get benefits such as pensions as they are private contractors.

Another aspect to terms of participation are benefits and worker rights. Gig workers normally don’t get benefits such as pensions as they are private contractors. Things were not different for Nepali gig workers but there were some legitimate complaints. Physical gig workers on Tootle mentioned that driving always brought with it danger of accidents and health problems from inhaling dust. They had asked for health insurance coverage, but were not optimistic if they would get it. Digital gig workers had no such hope. Platforms such as Upwork have neither physical presence nor representatives in Nepal, unlike Tootle, making it impossible for workers to direct their voice. However, digital gig workers felt that steadier and easier access to jobs would be compensation enough. Where they felt vulnerable was from scammers and lack of contract enforcement. Nirman put the situation as, "People don’t pay for work or websites provide fake jobs." Simply running through a microwork website community board is enough to give a picture on how this happens.

Gig economy offers a mixed reality for Nepalis with unfavorable terms of participation to engage in permanent long-term work. In both cases of gig work, earnings seem to be skewed towards being inadequate. Insecurity of work contributed to lower incomes but could be mitigated by having specific skills in digital gig work—skill that requires time and financial investment to acquire, making profitable participation difficult. This is a potential barrier for anyone at an economic disadvantage. Lack of benefits and poor worker protection were other factors that played a part in creating a mixed reality.

The gig economy is a great outlet for those wanting to work part time. College students can use it to earn decent pocket money while it serves as a safety net for those who are in between jobs. Potentially gig work can offer much more. Digital gig work can be a medium through which the mobility impaired, or stay-at-home parents, can participate in the labor force. On a macro scale, the gig economy could be even be used to tackle unemployment and bring in foreign currency as the Philippines has done.

Saurabh Shah  Saurabh Shah is a development professional with an MSc from the London School of Economics and Political Science. He is also an avid entrepreneur, having started four businesses in three continents.