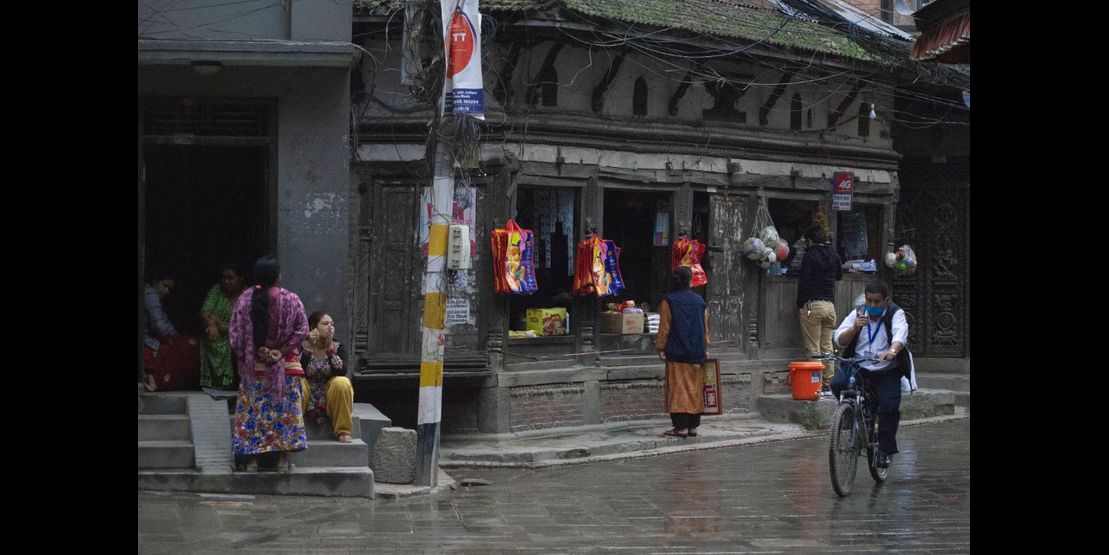 Today marks the 50th day of Nepal’s nationwide lockdown, an unprecedented,  frightening situation that resembles the plot of a dystopian novel. This war with the invisible enemy, Covid19, is intensifying, with no viable solution apart from strict social distancing and maintaining personal hygiene. The spread of the virus has forced the nation indoors, upending all economic activities, with little to no spending apart from on essential goods. Globally, the severity of such uncertainties has shifted the physical world to digital, with historians sharing memoirs of the past and economists discussing theories to find the best tried and tested solutions for moving forward. However, no contemplation and deliberation come close to predicting when life will be “normal”. There is one thing that people collectively agree upon, though--the impending financial crisis in the near future.

The announcement from the International Monetary Fund (IMF) on 14 April, warning  of an inevitable financial crisis worse than any in global history, exacerbated the escalating fear among states globally. With oil prices plummeting to the lowest ever recorded, and with crashing markets, global layoffs, and the rise in death tolls, shocks of disparity and despair spread all over, signaling possibilities of a dramatic change in the world as we knew it.

Nepal adopted a nationwide lockdown on 24 March, following the confirmation of its second Covid19 patient. The country, previously unaffected by the global financial market directly, had unfortunately started emitting signs of market downsizing before the lockdown officially began. Fifty days into the lockdown, it has become apparent that the majority of businesses, especially in the service sector, will probably not survive in the absence of state aid packages and guarantees. According to scholars and experts on the matter, the demand-driven recession can be countered with adequate government spending, which has happened before.

According to the Asian Development Bank’s report published on 3 April, Nepal’s GDP is projected to be 5.3% this year (it was 7.1% in the previous year). The likelihood of a further decrease, owing to a decline in remittances, might dampen domestic demand. Similarly, a decrease in the volume of agricultural produce--especially rice, domestically--and a slowdown in production globally could contribute to increasing hunger post-pandemic. There is no way to describe how challenging the next few months are going to be.  Hence, it is crucial for bureaucrats to drop the lackadaisical approach to governance and practice adaptive leadership.

No matter their age and health, every business today faces a cash crunch. If the economy is to get back on track in the next few months, cash injection into the economy is vital. In spite of the outcry from stakeholders, the government’s insouciance towards measures pertaining to a fiscal stimulus and revival of the capital market seems alarming. It is crucial for the government to increase monetary welfare and build access to funds for all businesses and sectors. The only package announced has been the central bank’s, which in practice does little to no good, considering the health of businesses during this crisis.

A circular from Nepal Rastra Bank has ensured short-term working capital loans will be available to the tourism and transport sectors, as will refinancing loans, and concessional loans. While these initiatives seem to offer an ounce of relief within a niche part of the community, they are not enough to deal with the currently anaemic economy, especially with regards to the 70% of the population working in the informal sector. With all businesses having to suspend activities, they are not in a position to either pay back their sums or borrow more funds at the prevalent interest rate. A further decrease in interest rates should be adopted and stabilized at least for a year or two. Similarly, the government must ensure tax reliefs and concessions for industries being affected the most, along with penalty cancellation for delay in payments for all sectors. Furthermore, amendments in relevant Acts and procedures must be made to ease the process of winding up companies. Ailing companies would only make the economy worse.

Additionally, taking a page from a select few governments around the world, our government can devise a plan to grant payroll loans through banks and financial institutions, free of collateral or security requirements, for a period of at least three months. For instance, the hospitality, tourism, and trade industries, which employ a chunk of the populace, are on the verge of cratering. To help them remain afloat and save hundreds of jobs, such measures are required at least in the short term.

Nepal’s migrant labour force might be returning to Nepal permanently. Although this could have an adverse effect on remittances, that might not be such a bad thing in the long run. With the skills and expertise they have gained abroad, they could be incentivized to either start their own venture or be employed in an existing one, as industries have faced the problem of inadequate human resources in the previous few years. The influx of manpower could be instrumental in revitalizing agricultural activity, with the provision of proper concessions and subsidies. Agricultural activity contributes only about 30% towards the country’s GDP in spite of having tremendous growth possibilities.

Undeniably, foreign direct investment (FDI) serves as a catalyst for development and has been leveraged by many economies globally, including by our neighbours. FDI in Nepal, though, has been comparatively low. The promulgation of the Foreign Investment and Technology Transfer Act 2019 (FITTA) had the stakeholders buoyant about investment prospects and the business climate. Yet the Act seems to have rained on that parade, with FDI decreasing to 0.4% of Nepal’s nominal GDP in 2019, from 0.6% in 2018. Instead of opening doors, the Act, by increasing the minimum investment threshold to Rs 50 million, seems to have closed many avenues and barred prospective ones. And owing to the global recession, FDI is likely to decrease further. Similarly, a hit on the global financial markets could mean reduced grants and financial aid.

One solution that could be explored amidst this dismal investment scenario could pertain to leveraging the untapped domestic private sector. Private equity and venture capital still remain unexplored arenas in Nepal’s business environment. Is building a circle of investors within the country perhaps a solution moving forward?

It is high time our society reassessed income distribution, spending, research, and investment. Financial literacy is the way forward, as has been depicted by studies from the Asian Development Bank, the World Bank, and domestic organizations. To be sure, the availability of financial knowledge and independence can seem like  far-fetched concepts in light of prevailing issues. But the government can create financial-literacy programmes, which will benefit the business sector in the long term.

It is a known fact that Nepali society is not adaptive, as was clearly shown by the mishaps, broken promises, and neglect after the 2015 earthquakes. The popular discourse on “self-reliance” during the economic blockade five years ago seems to be trending on social media once again. Could this time be any different? Will the government consider a more efficient approach or will it simply get embroiled in controversies again?