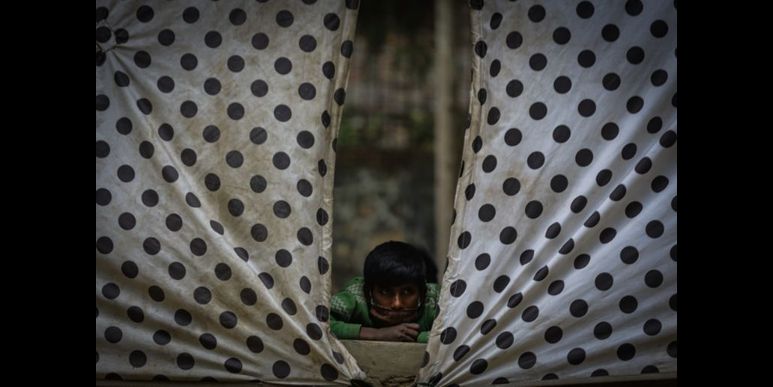 Sujit and his family members were surprised when the police came looking for him at his home in Chitwan’s Rapti municipality last month. It had been a few days since Sujit returned home from Bangalore, India, where he studies hotel management at Bangalore University. It turned out that the police had visited him to inquire about his health at the behest of the Rapti municipality office.

“They told us to take him to the hospital for a health checkup,” a family member told the Record. Sujit, whose health is normal, has since completed a 14-day quarantine regimen as prescribed by the municipality.

While the federal government has struggled to come up with tangible steps for the prevention and control of Covid19, local bodies like the Rapti municipality are winning popular opinion with their systematic approach to combating the pandemic. Their efforts have paid off; two people from Rapti municipality were diagnosed with the virus last week.

Since the confirmation of the second Covid19 case on 23 March, local bodies have been doing everything in their power to fight an outbreak despite resource and manpower constraints. Migrants returning from various work destinations are being tracked and closely monitored. People with flu-like symptoms are being instructed to self-quarantine or to remain in quarantine facilities set up by local bodies. In many areas, local authorities have been enforcing strict curfews, restricting the movement of people between municipalities. The local administration has also been active in distributing food and other daily necessities to daily labourers and the poor in some areas.

It may not be too far-fetched to say that local bodies are as much on the frontline of Nepal’s Covid19 crisis, effectively enforcing the federal government’s 6T measures. The ‘T’s in these measures include travel restriction, testing, tracing, tracking, treatment and togetherness. The role of the local administration has been particularly critical in tracing and tracking while the federal government, in absence of a centralised database, has failed to even keep track of those who have flown in through the Tribhuvan International Airport. Its efforts to track tens of thousands of migrant workers seeping in through the porous border with India has been even more abysmal. According to some estimates, more than 150,000 Nepalis are believed to have returned home from India, although only 9,000 have been quarantined so far.

Besides taking on the task of tracking returnee migrants, local governments are taking extra caution to ensure social distancing is maintained. They’ve restricted the movement of people within or between municipalities and are levying fine on those breaching guidelines.

“It's time to deliver and local representatives understand that. They are working day and night to serve the people. Exceptions apart, each rural municipality has set up quarantine mechanisms. Local representatives are patrolling their areas, distributing relief to the poor and marginalised, spraying disinfectants and doing other tasks while putting their own fears aside,” Bhim Prasad Dhungana, secretary of the Municipal Association of Nepal, an amalgam of municipalities across the country, told the Record.

The lockdown, placed since 24 March in order to contain the coronavirus pandemic, has had a crippling effect on the lives of many, especially poor labourers working in the informal sector. In the midst of this, the federal government has been scrambling to implement a relief package it has already pledged. Squabbles over the exact number of people who need relief, poor communication and lack of logistical mechanisms have created more hurdles. In contrast, local governments are ensuring that people are not going hungry. While some local bodies are delivering food parcels, others have been running community messes.

Even though local governments are outdoing Nepal’s central government in their outreach to Covid19 affected persons, discrepancies have nevertheless been noted. On 17 April, a group of angry locals in Dhanusa protested against representatives of Janak Nandini municipality, claiming that relief material meant for the poor was instead going to the wealthy. Similar reports of misappropriation have been documented, indicating that corrupt officials have taken advantage of the lockdown to enrich themselves or those close to them. Local representatives, however, say these allegations have been exaggerated.

“The federal government hasn't done anything so far except to send a sample guideline for relief distribution. No relief, no PPEs, nothing from money raised in the Covid19 fund. Meanwhile, local bodies are helping the most vulnerable by transferring the already low development funds for immediate relief,” said Dhungana, who is also the mayor of Neelakanta municipality in Nuwakot.

Despite shortcomings, local bodies have received praise for their response to the crisis from civil society leaders and the media alike. According to many, they have one-upped the federal government in crisis management, especially as Singha Durbar and its apparatus continue to fail in keeping track of and quarantining Nepali migrants returning from India.

Journalist Ganga BC highlighted in a commentary that what began for the local representatives with the onset of the global Covid19 outbreak as a task for creating awareness programmes has expanded to include an entire gamut of response measures including building hospitals, collecting throat swabs and sending them for testing, and distributing relief to the marginalised.

Ameet Dhakal, the editor-in-chief of Setopati, also commented that if Nepal is spared from an all-out Covid19 outbreak, it will not be due to the blessings of Pashupatinath, but rather because of the work put in by health workers and local representatives.

The overwhelming support that has come from across the socio-political spectrum is encouraging for local representatives, according to mayor Dhungana. However, under the current context where power and resources are unequally distributed between the federal and provincial governments, there is a limit to what local bodies can achieve.

“You cannot expect local bodies to do everything while the federal government is sitting on 70 percent of state resources, can you?” said Dhungana.