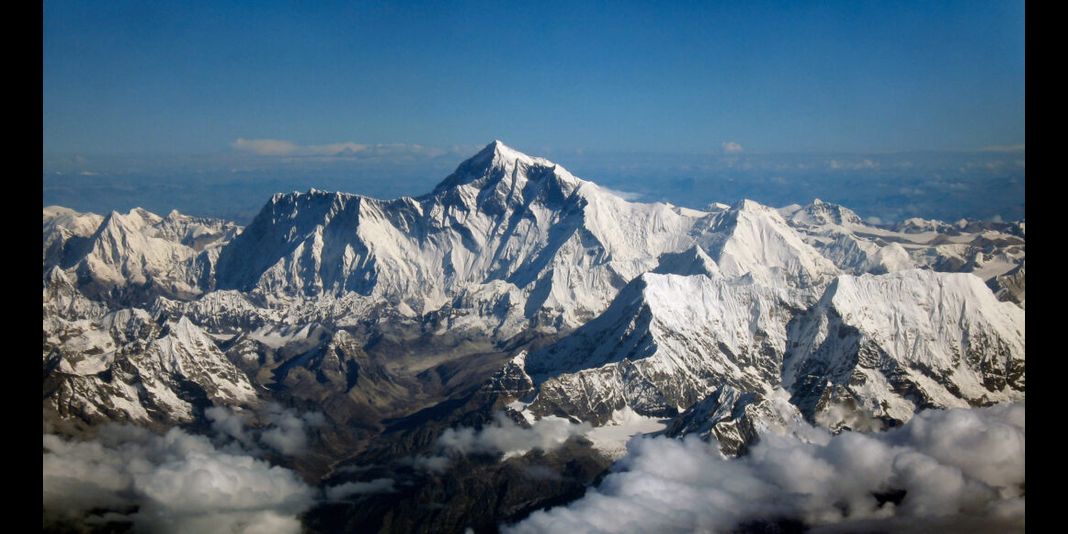 Nepal and China announced the new height of Everest concurrently from Kathmandu and Beijing on Tuesday as per an agreement reached between the two countries last year. According to both countries, they’ve reached a consensus and finalised the height of the world’s tallest mountain at 8848.86 metres.

While declaring the new height to the world in a virtual press conference, representatives of the Nepal government stuck to referring to Everest by its Nepali name ‘Mount Sagarmatha’ and the Chinese officials referred to it by ‘Mount Qomolangma.’ The name ‘Everest,’ given to the mountain based on the name of the British surveyor George Everest who first measured its height, was wholly absent in the entire announcement ceremony.

The declaration was timed in a manner to allow the KP Sharma Oli government to showcase its relations with the Chinese government — essentially to India, but also the West. Oli rose to power by riding a wave of nationalism in 2015, when the country was writing a new constitution. The Indian border blockade that followed its promulgation had angered the public and ultimately pushed Nepal into China’s arms. Given a fraught relationship with India, it became easier for a communist-led government to establish and cultivate ties with China. Consequently, Nepal agreed to announce the new height of Everest concurrently, even if Nepali surveyors spent years preparing expeditions, collecting data, and consulting with international geologists and mountaineers to measure its height. China, on the other hand, conducted the survey in just a matter of months.

For the past 65 years, the height of Everest has been accepted at 8848 metres. An Indian survey team had calculated the height using the trigonometric method, which is an old method of measurement. This has been the first survey carried out by Nepal to measure Everest's height by using the latest space science technologies.

Nepal has rejected all the recent height announcements, although it never attempted to measure the height of its own treasure until the national expedition survey team did so in May 2019. Just when the survey team had almost finished processing the data and calculating the height, the Nepal government announced that it would join China’s survey to determine the new height of the peak that lies on the border between the two countries.

After 2015’s devastating earthquake, the world’s survey scientists made a clamour about how the height of Everest had been reduced by the effects of the quake. India, which has measured Everest’s height multiple times in the past, wanted to remeasure it. Citing its involvement in the process in the past, the then survey chief of India expressed his desire to measure the height of Everest and a request letter was consequently sent to Nepal’s Department of Survey. But the department rejected the Indian proposal.  Instead, it finalised the methodology for measurement by inviting world survey scientists from different parts of the world in Kathmandu and announced the new height of Everest on its own.

In the spring of 2019, Nepal sent a team of surveyors to the top of Everest after completing other essential measurement works. The team also successfully captured data from satellites. China did its best to convince the Nepali surveyors to make the Everest measurement process a joint project. But Nepali bureaucrats continued to refuse Chinese proposals. Failing to woo them, the Chinese delegation made a direct agreement with the highest political leadership.

During  Xi Jingping’s 2019 visit to Nepal, the Chinese president highlighted the Everest remeasurement process as a bilateral issue. This halted the work of the Nepali survey scientists for months. In fact, they were dismayed to suddenly be informed about the joint height measurement process from higher authorities. But they had no other option than to execute the decision since it had already been reached at the leadership level without their input. China has increased its presence in Nepal in recent years with its involvement in mega infrastructure projects. President Xi also announced a financial assistance of NRs 56 billion to Nepal during his visit, confirming China’s keen interest in Nepal.

After the agreement was reached, China sent an expedition team in the spring of 2020, a year after Nepal did. Sources privy to the Ministry of Land Reform say the ministry refused to table the proposal at the Cabinet as directed by the PM. Later, the proposal to jointly announce the height was reportedly tabled at the Cabinet by forest and environment minister Shakti Bahadur Basnet.

Dismay and discrepancy at COP26

One young Nepali climate justice activist reflects on her experience attending COP26 and illustrates how the conference ultimately let us all down.