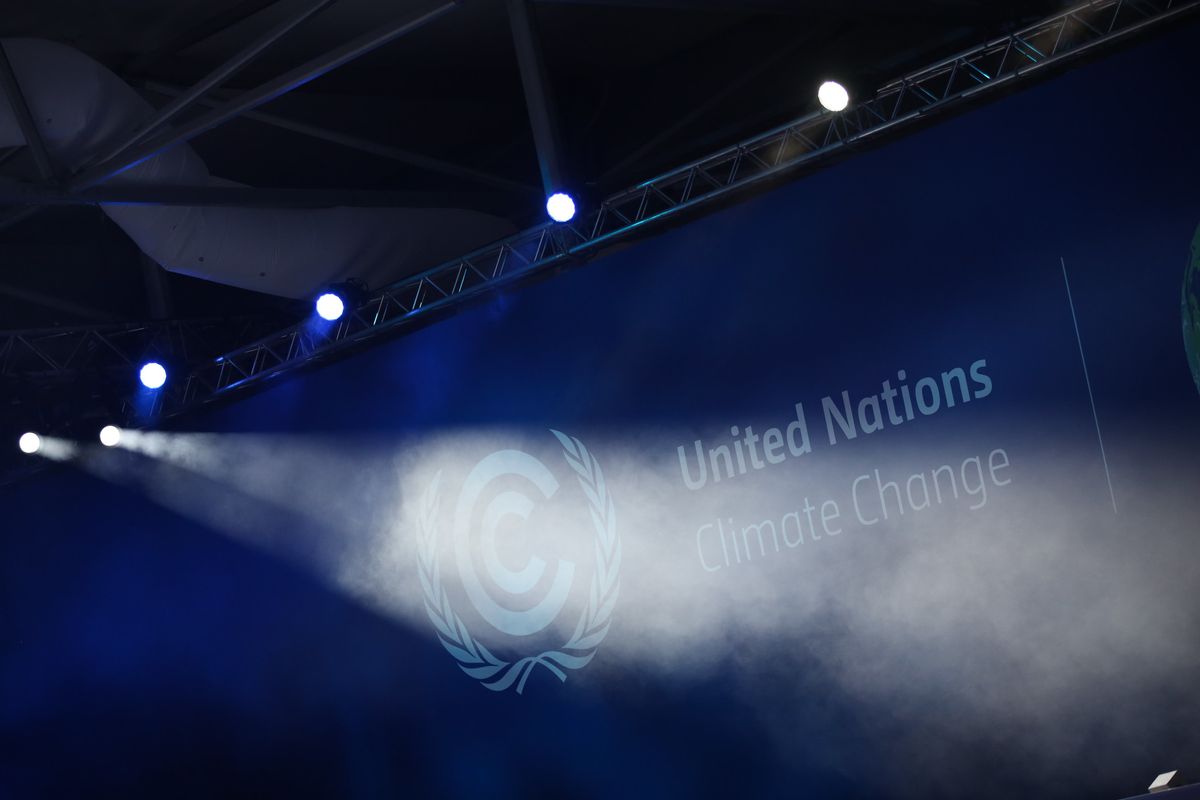 The 2021 UN Climate Change Conference, also known as the 26th Conference of the Parties (COP) to the United Nations Framework Convention on Climate Change (UNFCC), or simply COP26, took place 443rfin Glasgow last month. World leaders, scientists, activists, journalists, and experts from 197 member countries met over a two-week period to assess the world’s progress on ongoing climate agendas, and to look to the future of combating the crisis. The summit was billed as the “last best chance for humanity” to save the planet.

From the vantage point of my desk in Kathmandu, it was a predictably messy few weeks of disjointed headlines and photo-ops – far too noisy to make any comprehensive sense of. Even in its aftermath, the magnitude of COP26’s success, or if it was a success at all, is difficult to gauge without allowing some time to pass to see how countries adjust their targets, policies, and actions. Many years from now, we may discover in hindsight that the conference did deliver on all it promised – an extraordinary feat given the complicated politics of balancing the interests of almost 200 autonomous parties. The diplomatic effort necessary is enough to convince one that COP26 was never going to suddenly bring the world on track to meet the 1.5 degrees celsius Paris target overnight, or even by the time COP27 proceedings begin.

Unfortunately then, despite being touted as our last chance to save the planet – stories coming out of COP26 suggest it was a flop. Should this really be a surprise, though? Over the decades, we have seen a laundry list of international climate summits prematurely touted as turning points in history. Some were received better than others. Eventually, each one became old news and made way for a bigger, better, more ambitious watershed event. Still, as underwhelming as its immediate outcomes appear, there may just be enough of a silver lining here that activist Greta Thunberg’s summary of COP26 may have missed. Perhaps a more generous, singular ‘blah’ would be a more fitting review.

But the real work continues outside these halls. And we will never give up, ever. https://t.co/EOne9OogiR

The victories of COP26 are few, far between, and overshadowed by large compromises – but they are good news, nonetheless. By my count, there are four notable positive developments that came out of the conference.

First, COP26 delivered on the finalization of ‘the rulebook,’ a document outlining the mechanisms through which efforts aiming to reach the Paris targets are to be reported and implemented.

Second, Article 6 of the Paris Agreement, which included provisions to allow countries to partially meet their targets by purchasing carbon offset credits sold by entities cutting emissions of their own, was buttressed at COP26. After many years of deliberation, negotiating parties finalized a deal setting the rules for carbon markets, potentially unlocking trillions of dollars that could theoretically go towards investments in renewable energy infrastructure, conservation efforts, or causes supporting environmental justice.

Third, the heightened sense of urgency palpable in the Intergovernmental Panel on Climate Change’s (IPCC) landmark Sixth Assessment Report (AR6) –known as the Code Red report – carried forward at COP26. The AR6 was noted for its shift in tone relative to previous publications, suggesting a change in the IPCC’s strategic communication. A commensurate change was also observed in the language used at COP26. Speakers liberally addressed issues like ecocide without employing traditional diplomatic restraint in communicating the urgency, scale, and damaging potential of the climate crisis across countries and communities.

Finally, I believe the United States and China’s surprise joint declaration to boost climate cooperation holds historic significance. The two economic giants, who are also the world’s biggest carbon emitters, are not often on the same page on matters of geopolitical cooperation, climate or otherwise. Crucially, US President Joe Biden’s gesture of opening up to cooperation is a welcome reassertion of American involvement and credibility after his predecessor Donald Trump’s decision to formally withdraw from the Paris Agreement in 2020.

Weighing the targets set in Glasgow against the trajectory envisioned by the Paris Agreement, COP26 was a failure. Even if the Glasgow agreement’s goals are met, which is very unlikely given current trends, the world would still be on track for an upto 2.4 degrees Celsius warming by the end of the century. Climate Action Tracker, an independent warming analysis program, estimates a pre-2100 CE warming range between 1.8 to 2.4 degrees Celsius.

This rate of warming would have devastating ecological and social impacts. Not only would it lead to an increase in frequency and intensity of extreme weather events, but at 2.4 degrees Celsius warmer, the planet’s ecosystems would themselves fall off-balance and change in ways we cannot predict, and thus cannot prepare for today. The most vulnerable communities around the world – including historically marginalized groups across social dimensions of gender, race, ethnicity, indigenous status, economic standing, access to nutrition and healthcare – are at disproportionate risk. COP26 thus failed from both scientific as well as social perspectives.

The legitimacy of the entire summit was called into question when hundreds of environmental justice, women’s rights, and indigenous rights organizations revealed that they were excluded from crucial discussions and negotiations. Participants joining remotely from around the world also claimed that they were given limited access, which prevented their continued participation due to long waits and software glitches.

About two-thirds of civil society organizations who had a history of sending delegates to the COP meetings were not able to do so due to Covid-19 travel restrictions, increased costs, and the UK’s restrictive immigration system, resulting in COP26 being labeled the “whitest and most privileged ever”. Concerns surrounding environmental justice were not given appropriate attention, spotlight, and sensitivity. While gender equality discussions at the conference acknowledged that women often face disproportionate impacts of climate change, rallies outside the summit buildings advocated for the inclusion of the intersectional voices of indigenous women claiming “femicide is ecocide”.

And here is where the Nepali perspective contributes to my COP26 disillusionment. The Nepali delegation, led by Prime Minister Sher Bahadur Deuba, made a commitment to achieve net-zero emissions by 2045 and to increase the clean energy share of Nepal’s aggregate energy demand to 15 percent by 2030. Nepal also committed to achieve forest cover of 45 percent by 2030, which is not only good for the health of local ecosystems but also holds the potential to earn revenue by selling carbon emission offset credits.

These targets have been criticized as being vague and unrealistically ambitious, as have Nepal’s previous Nationally Determined Contributions. Based on our historical track record, it is perhaps not entirely unreasonable to preempt another round of unrealistic targets for COP27 in Egypt next year. There is thus this problem with the UNFCC model that the aftermath of COP26 brings to light – the diplomatic pressure on countries to continuously out-do their targets without taking into account their capacities, development needs, or contribution to the crisis in the first place.

Despite Nepal’s territorial environmental problems, of which there are plenty, we are still a negligible contributor to global carbon emissions that are primarily driving climate change. One can’t help but wonder, then, if our resources and energies may be better spent in developing a strong, streamlined, and united activism effort. After all, our country is far more vulnerable to the effects of climate change than we are responsible for. If COP26, as many other similar conferences had in the past, showed us that the pressure of international cooperation is not the deus ex machina of climate change in Nepal, it may be worth seeing if a nationally mobilized campaign on the global climate movement can be.

In Mahottari, reclaiming riverbeds for farmland

Turning fertile riverbeds into leasehold farms have helped farmers increase incomes but it doesn’t safeguard them from the hazards of climate change.