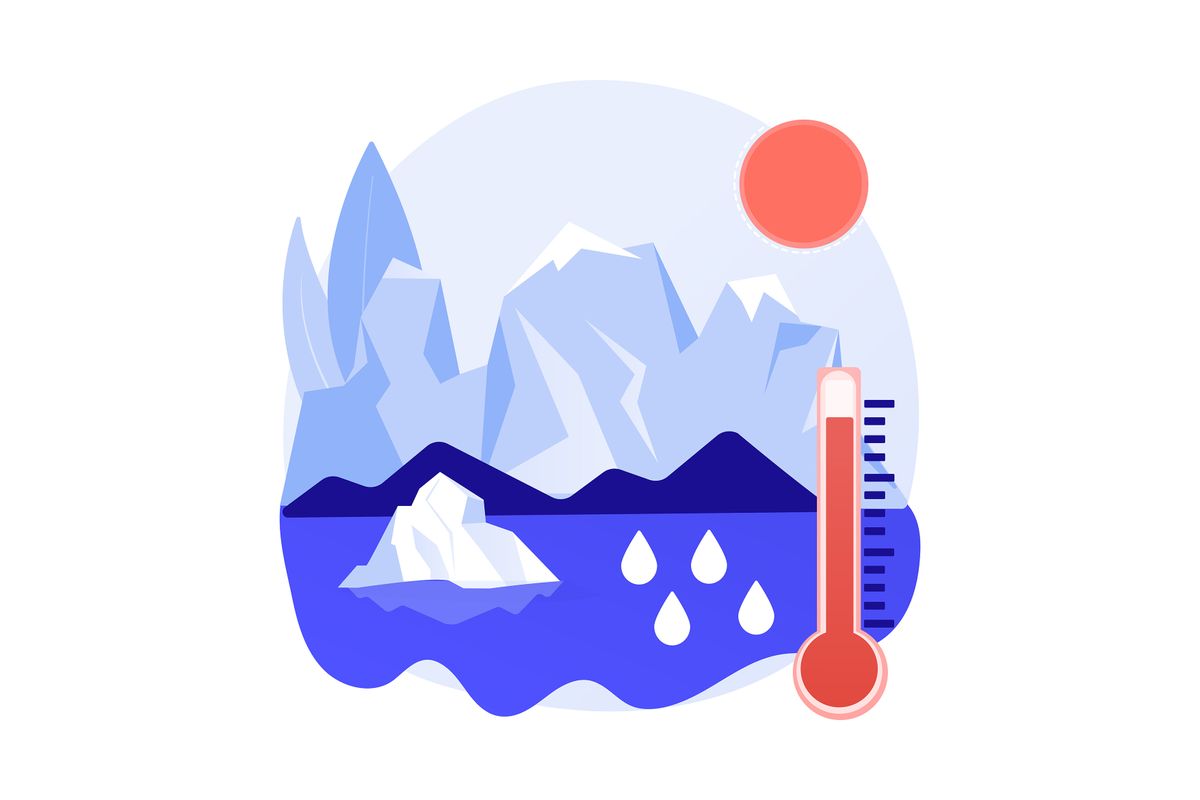 Last week, the Intergovernmental Panel on Climate Change (IPCC), the United Nations’ transnational body created and mandated to share the latest objective, non-political, scientific information relevant to anthropogenic climate change, released its landmark Sixth Assessment Report (AR6). The sprawling 4,000 page document was prepared over a period of five years by hundreds of scientists across the world, aiming to provide political leaders and the public with a thorough planetary health assessment. And the news is grim.

A heightened sense of urgency

The AR6, which the UN chief claimed is a ‘Code Red’ warning for humanity, declares a planetary state of emergency as it recounts more evidence than ever before regarding human-induced climate change. The report’s scale of scientific inquiry is bigger than ever, given its use of the latest and most sophisticated climate models and data analysis tools, but the AR6’s core message remains the same as the IPCC’s first report from 1990 – human activity is directly heating up the planet and causing catastrophic impacts on the earth’s atmosphere, oceans, and land. Not unlike similar reports from the 90s, the AR6 also reflects the IPCC’s view that the use of fossil fuels and deforestation are the leading causes of global warming.

The report confirms the often cited 1.1 degree Celsius rise in global temperature, observed since the pre-industrial 19th century. Rather than being on a trajectory to meet the Paris Agreement’s goal to limit this warming to below 2 degrees by 2050, current trends are instead headed towards a 2-3 degree increase. Likely impacts include global loss of food production capacity, fresh water scarcity, rise in sea levels across coastal areas, more wildfires, more floods, unprecedented loss of biodiversity, and gargantuan impacts on the world economy, increase in wealth inequality, and the compounding of social injustices.

The AR6 states that unless ‘immediate’ carbon emission reductions are initiated at historically unmatched rates, unforeseen and irreversible catastrophes will become not only inevitable, but also virtually impossible to predict.

What the AR6 findings mean for Nepal

The most alarming findings for Nepal in the AR6 concern the effect of climate change on glaciers and snow-covered mountains. The report pointedly states global warming is poised to show some of its most serious impacts on high altitude mountain ranges, including the young, vulnerable Himalayan range in and outside Nepal.

The perimeter surrounding the Hindu Kush Himalaya is estimated to have 54,000 glaciers, covering over 60,000 square kilometers of land. The Himalaya also serve as a water source for the region’s many rivers. A 2019 comprehensive study by ICIMOD found that a two-degree rise in temperature, which the AR6 claims we are well on track for at current emission rates, could melt half of all glaciers in the Hindu Kush Himalaya, thus completely destabilizing South Asia’s rivers and causing a colossal water crisis. Not only are tens of thousands of riverside human settlements and natural biodiversity at grave risk, but political scientists also predict regional instability in the form of ‘water wars’ to follow the resource scarcity.

The AR6 reports that the multitude of processes that trigger the mechanization of melting glaciers cannot be reversed even with sharply reduced emissions, as the phenomenon of global glacial receding has been ‘locked in’. Even under unlikely best-case emissions reduction scenarios, the Himalaya is likely to continue to heat up faster than other parts of the world, and could ultimately warm by 1.8 to 2.2 degrees by the end of this century.

On the other hand, heat waves are also predicted to become more frequent and intense across South Asia. The multifaceted, cascading, compounding effects of heat waves, dry spells, and volatile humidity are difficult to predict, but a recollection of the series of environmental challenges faced by Nepal in 2021 alone provide an idea. In the last eight months, the Nepali southern belt has endured severe droughts, which have resulted in dry hilly conditions triggering a record wildfire season. As the government was unable to contain these fires at the required scale, many urban centers across the country saw multiple non-simultaneous rounds of hazardous air pollution.

Ultimately, these dry conditions contributed to the weakening of the soil, which resulted in a challenging season of monsoon deluges in and around the Melamchi area. In fact, the AR6 specifically predicts more erratic and unpredictable monsoon rains in South Asia with rising global temperatures. Given the Kathmandu Valley’s geographical difficulties in unloading excess rainwater, inadequate drainage systems, and seasonal precipitation patterns, increased warming is likely to trigger more intense flash floods in and around the capital in the coming years.

Likewise, other urban centers around the country are also vulnerable, as experts warn that the effects predicted by the AR6 findings, including observed heat and flooding from heavy precipitation events, are likely to be magnified in cities.

What needs to be done

The proposed three-fold matrix of recommendations endorsed by the IPCC to governments around the world is simple: countries must coordinate to achieve an immediate reduction in greenhouse gas emissions; plans must be set in place to reach net-zero emissions by 2050; and countries must climate-proof themselves by increasing their capacities to mitigate and adapt to extreme weather events.

However, Nepal’s case is more complicated.

First, even though Nepal’s greenhouse gas emissions measure has more than doubled in the last decade, the volume of its overall emissions is still negligible on the global scale. Of course, that isn’t to say that there are no environmental management issues in the country – but the climate change effects laid out in the AR6 are virtually unaffected by Nepal’s contributions, when compared to other countries with higher emission profiles.

Second, Nepal has also submitted its second round revisions of the Paris Accord targets with a plan to reach net zero by 2050. Still, it stands as one of the most climate-vulnerable countries in the world.

An approach combining a more realistic and detailed emissions reduction plan, a robust regional cooperation strategy, and effective diplomacy is perhaps the ideal way for Nepal to respond to the looming climate catastrophe. After all, the pandemic has created a greater awareness in South Asia around transboundary interdependence.

South Asian countries like Bangladesh, the Maldives, and Sri Lanka – each of whom are among the most climate-vulnerable nations in the world despite not being heavy emitters themselves – uniting to form a strong, combined voice to bring the South Asian perspective to climate summits such as the UNFCC’s Conference of the Parties may be as important a response to the AR6 as any in the long run. If Nepal does not take a more active step in communicating its climate vulnerabilities as a means to exert pressure among high emitter nations to reduce their volumes, there is little it can contribute to the cause, given the scale of the problem.

The full AR6 report, a technical summary of the scientific literature it reviews, and a condensed version written for policymakers are now available to the general public.

"Reason, incident and consequence; these are the primary bases of history" - Baburam Acharya

In another edition of Writing Journeys, advocate Dev Datta Joshi reflects on the difficulties of schooling as a visually impaired person and how he came to see writing as a transformative tool.