An alumna examines the culture of patriarchy at Nepal's elite boarding school. 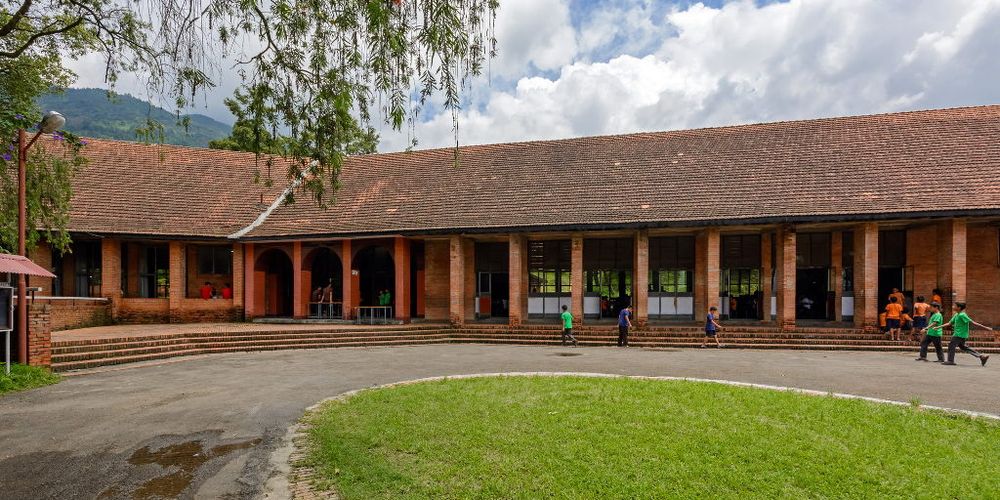 Kylie Minogue’s 1987 hit “Locomotion” – that’s my lasting memory from Budhanilkantha School. There were eight of us – girls in a boy’s school – bound together by adversity and our gender; our friendship was cemented forever as we danced our way up and down the tarmac of the school. Locomotion was an escape from the ever-vigilant eyes, the voices that told us not to giggle, for our 15-year-old selves were going to excite the boys from their dedication to their education.

My memories include running, my bladder full, trying to get to the only two toilets for girls in the 29-hectares-wide campus. My six months or so in Budhanilkantha School prepared me to survive in a man’s world, where women must be twice as hardworking and twice as good to get the same amount of recognition as men. I’d always envied the boys who got to study in Budhanilkantha. Back in the 1970s and early 1980s, my mother taught there. Till I was eight, I grew up in one of the British-styled houses inside the school compound with paved roads and green trees. It was thus early on that I realized that the boys at Budhanilkantha School were privileged. I knew the British and the Nepali government were supporting this school and I always wondered why it was not extended to girls.

When it opened its doors to girls for O-Level in 1991, I applied. The lack of toilets was just a symptom of how ill equipped the school was to handle girls. It was much later that I came across a document, “Foreign Aid and Foreign Policy: The Case of British Aid to Nepal,” a damning critique of British aid that made me realize that I was not wrong to resent both governments. The paper by R. Andrew Nickson (1992, Development Administration Group; Papers in the Administration of Development no 48, The University of Birmingham) says that in fiscal year 1990/91, 9.4 percent of Nepal’s entire spending on secondary education went to Budhanlikantha School, and that was only 16 percent of the school’s total budget of that year. 54 percent of the budget came from the British government. Only 30 percent came from fee paying students. While the country’s spending in secondary education that year was 290 million rupees, the budget of Budhanilkantha School on that same year was 273 million rupees.

According to the document, successive British “ODA (British Aid) educational advisors made recommendations aimed at spreading the benefits from British aid to the school, but they have been rarely implemented.” This included teacher trainings and inclusion of girls. In 1987, an ultimatum was given: British Aid to the school would be dependent on certain changes, one of which was the admission of girls.

In 1990, when a senior advisor visited and saw that none of the recommendations had been implemented, he recommended that all ODA assistance to the school would be phased out by 1995. The continued support till 1995 was contingent upon the admission of girls. The very next year, unaware of the dynamics and the politics that got us to the school, the eight of us entered what used to be a hallowed ground for “exclusive education for boys.” So, it was not at all surprising that the school was not prepared for our arrival. We were given a dark room in one of the junior dorms along with one toilet. The other one was down the road, in the auditorium. If there were more, I don’t remember.

Not everyone in the school was happy to have girls. There were many teachers and classmates who were supportive and I am extremely grateful to them, but there were many who were resentful. Some were openly critical about how girls would usurp the place reserved for boys. For almost two decades, boys at Budhanilkantha had been raised to believe that they were special – the chosen ones – and our entrance challenged that view. We were told to modify our behavior so that the boys would not be distracted. Fifteen is a strange age to be in a patriarchal country and to find yourself in a situation where you are expected to be trailblazers, and yet resented and censured. For years, I was made to believe that the school’s desire to be inclusive was out of a moral imperative, and I had been proud of that. But I was foolish to think that social and political progress is a simple march towards greater openness.There is often an outside pressure and there is always an elite resistance mixed with deep anxieties about what change may mean. Budhanilkantha School proved to be a microcosm of the country’s political impulses.

Over the years, as a working woman, I’ve learnt to train my bladder. All around the country, I see women’s participation encouraged on paper and limited, sometime by the simple act of not providing them with toilets. A quarter of a century since I went to Budhanilkantha School, the ratio of boys to girls is still not half and half. Current girl students and recent graduates often tell me that they feel they are treated differently from boys, and how painful they found it. But I also see women adapt and fight back. I’ve heard from other girls from Budhanilkantha – friends and juniors who have done exceptionally well and have become women with integrity and resilience. And that makes me believe that despite what the original impetus was to make the school a coeducational school, it was one of the best decisions made. I hope the school makes it a moral imperative to give equal opportunities and equal treatment.

The article was previously published in SEBS Online Newsletter, run by Society of Ex-Budhanilkantha Students (SEBS).

How does a child lose their language?

By introducing and enforcing the use of the English language from an early stage, we may be losing much more than we think.

A year on, Kathmandu Metropolitan City’s mandatory Nepal Bhasa educational policy is not sitting well with students, teachers, or schools.