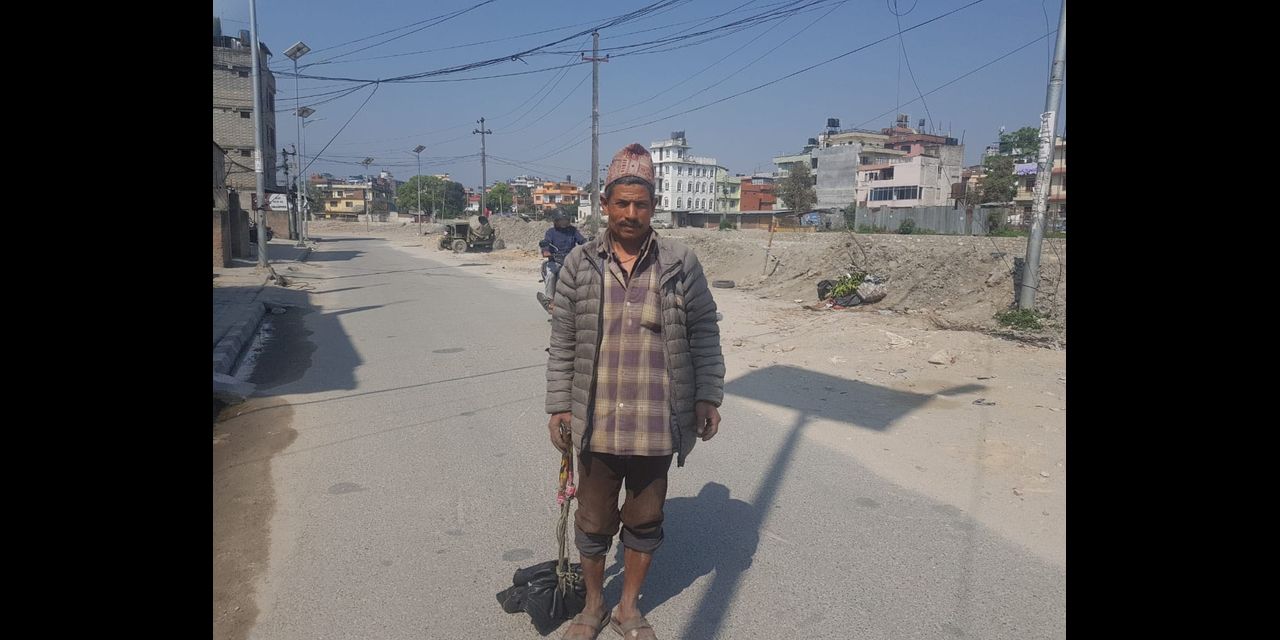 When the government announced a relief package for those affected by the Covid19 lockdown last week, it was meant for people like Niranjan Newar. A migrant from Sindhupalchowk, Newar lives with his family of six in a rented room in Sinamangal, Kathmandu. His daily earning as a porter consists of a meagre 600 to 700 rupees. With it, he can barely afford daily essentials, let alone pay rent.

The government’s scheme, so far, hasn’t made an ounce of a difference to Newar’s family. In fact, Newar thinks that the scheme, in reality, is no good for those who could do with help.

“I couldn't decide whether to laugh or cry when I heard about this package. There is nothing substantive for poor people like us,” said Niranjan.

While most people are staying indoors to avoid the possible spread of the novel coronavirus, Niranjan has been working from early morning till late night to ensure that his family members don’t have to go hungry.

“Corona is only for those who can afford to stay safe indoors, not for daily labourers like us,” Newar said as he unloaded a sack of potatoes from a van at a vegetable market in Shantinagar on Wednesday afternoon, suggesting that to acknowledge and protect oneself from the virus is a luxury only few can afford.

On 29 March, finance minister Yuwaraj Khatiwada, in a televised speech, highlighted the plight of poor and vulnerable families while announcing a list of relief measures for people and businesses affected by the Covid19-related economic meltdown. Major highlights include food support for daily wage labourers, subsidies on electricity, telecommunication and essential commodities sold through public corporations. The government has also strictly instructed landlords to exempt poor tenants from having to pay a month’s rent, while urging schools to forgo a month’s school fees as well.

But in the absence of effective communication as well as a well laid mechanism to dole out succour, intended beneficiaries are having a hard time figuring out how to avail of them.

“Where do I go to ask for food? What if the landlord doesn't exempt the rent? Where do I go with my complaint?” said Newar. “Everything sounds good on paper, but right now, it all seems so unlikely. The government should go from door to door to help people like us.”

For daily wage labourers, it has become very difficult to find work as Nepal looks all set to enter a third week of Covi19 lockdown. Desperate to avoid hunger and uncertainty over the lockdown, hundreds of people have been fleeing Kathmandu and other cities, some taking days of journey by foot.

Gyanendra Mandal of Saptari, who was working as a construction labourer in Sundhara, took a three-day journey by foot to reach home. In a video interview tweeted by Bardibas-based journalist Bikram Rauniyar, Mandal spoke of how he and his friends decided to leave Kathmandu after his contractor abandoned them and survival became difficult.

“At least we don’t have to worry about food at home,” he said.

Following the introduction of the relief scheme, thousands of people have applied for food support through local bodies. More than 14,000 people have registered themselves at the Lalitpur municipality alone, according to the Kathmandu Post. But it's still unclear when and how they will get the food. The harsh reality is that many local bodies do not have resources nor mechanisms in place to feed the poor.

While senior government officials have defended the scheme, not all are convinced. Increasingly, leaders have been questioning the effectiveness of the package in giving immediate relief to the poor.

“The entire rationale of this package is to give immediate relief to people most affected by the lockdown. The government should cut through red tape and make essentials available to the public right at their doorsteps,” said Mani Thapa, a leader of the Nepal Communist Party.

Rights groups say that the lockdown is disproportionately affecting daily wage workers, refugees, and those employed in the informal sector.

“The government should introduce comprehensive relief packages and economic assistance to ensure they have access to basic services and their right to an adequate standard of living,” Amnesty International said in a statement.

Newar, who complains of a gradual decline in work opportunities in recent days, remains hopeful that the government will do something. But what if no help comes his way?

“We will return back to the village,” he said.

Why have Nepali banks increased interest rates on deposits?

The Nepali economy is going through a liquidity crunch. The Record explains just what that means.

Slowing down for mindful action

The stress of a changing world is putting pressure on our ability to act mindfully. But opportunities to be mindful are present with us throughout the day.