In the absence of local elections, school boards have become an increasingly important way to exercise control, especially over foreign aid 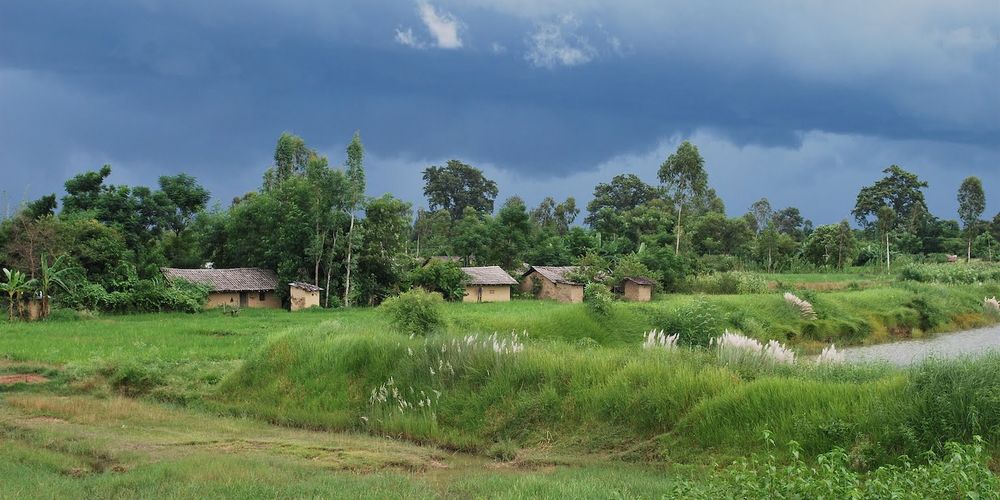 (The Record)
The election for the school management board of Janata Lower Secondary School in Saptari, held on April 25, 2014, was a very local affair. It was nothing like the national election last November. That is to say, there were no election monitors from the European Union or the Carter Center. India didn’t offer vehicles to transport election officials, and China didn’t offer election stationery. The UN did not deliver ballot papers, and USAID didn’t hold an outdoor concert in the village square to get out the vote. No, this election was roundly ignored by everyone except the villagers. But it was a success.

School board elections have become important in the local political scene for several reasons. The last time local elections were held in Nepal was 16 years ago. For ambitious residents of Saptari, school boards provide the grounds to test their mettle. School boards in recent years have become important decision makers. They hire and fire teachers, allocate scholarships and textbooks, and channel money for school reform programs funded by the aid industry’s big players: the World Bank, Asian Development Bank, AusAid (Australia), JICA (Japan), DFID (UK), European Union, Government of Norway, Government of Finland, and UNICEF. Together between 2009 and 2014 these donors contributed USD 624 million to the reform project, about one-third of the total cost of the reform program.

Every three years, more than 29,000 community schools in Nepal elect a new board. The Record was there to witness what happened in Aurahi Mahespur, Saptari.

Janata Lower Secondary lies in Madheshi heartland, south of the East-West Highway. There are 126 students. Of these, most are Dalit (77) and Janajati (42). Most of the Dalit students are Paswan, Chatwe, or Sada (Musahar). Those students classified as Janajati are predominantly Tharu, the largest indigenous group in Madhesh.

The parents of the students held three meetings in April to find a consensus candidate for the president of the school board. The talks failed. Elections were declared for April 25. The district education office and the local police, whose presence is mandatory at polling stations, were notified.

Most years, the school board president and members have been non-Dalits. But for once, Ghurana Mandal, a mason working in Lahan, and a Dalit, saw a fighting chance. This year the majority of voters  (77 out of 105) were Dalit. Mandal had made up his mind well in advance of voting day to run, and he had campaigned hard. He threw a feast the night before the election, slaughtering 30-kilos worth of chicken. Gallons of local raksi were offered.

Mandal’s rival was Surya Narayan Chaudhary, a Tharu landlord. Surya Narayan, although a Tharu candidate in a Dalit majority constituency, was backed by a powerful Dalit landlord, Gurdiyal Paswan. Paswan was to play a decisive role in the election.

The panel on the left was for Ghurana Mandal (his symbol was a fish), and the right, Surya Narayan Chaudhary (pen). Three members were also elected to the board. Election laws state that one of the three must be a woman.

The representatives from the district education office, the police, the candidates, and the school principal sit down to count the ballots in the principal’s office.

The representative from the district education office announces the election results.

A colorful and garlanded Surya Narayan Chaudhary arrives at the home of one of his supporters. Chaudhary won with 60 out of 105 votes cast—that is, 57 percent. One ballot was declared “invalid” because the swastika indicating the selected candidate touched two candidates’ names.

Mandal accepted his defeat stoically. However, when it came time for him to sign off on the official tally, he became tense and beads of sweat formed on his brow. He climbed on his bicycle and left the scene before the results were announced to the parents and guardians waiting outside.

Here members of the winning panel take a group photo with the president (center, with garland).

The strategist behind Chaudhary’s victory was a man named Gurdiyal Paswan. Paswan stands on the right in the photo above, wearing a white vest and looking down at his hands. Immediately after the results were announced, Gurdiyal commented, “This is my victory, not Chaudhary’s.”

Paswan could have become president himself, if he’d contested the election. A rich man in Aurahi Mahespur, he commanded enough support from both Tharus and Dalits. But his eyes were set on a bigger prize: the local election for the vice-chairman of the Aurahi Village Development Committee. So he tried to get one of his henchman elected unopposed. But Mandal decided to run because he didn’t like that most committees in the village—the pond consumers, rural electricity committee, and others—were dominated by Paswan’s men. They were the ones who controlled local resources.

The night before the election, as Mandal’s men were feasting on the chicken and raksi (in the house of a Paswan man Mandal had brought on board to attract Paswan votes), a meeting took place in Gurdiyal’s house nextdoor. Paswan knew the demographics of the guardians; Dalits outnumbered Tharus by 37 votes. To beat Mandal, a candidate would have to split the Dalit vote and get most of the Tharu vote. Paswan, a shrewd man, quickly found a candidate who met the requirement. He approached Surya Narayan Chaudhary. As a Tharu, Surya Narayan could draw the Tharu vote, and with Paswan’s support, could count on splitting the Dalit vote. The tactic worked, and Chaudhary, who hadn’t known he was going to contest the election until the night before the polls opened, became the board’s new president.

Celebration in the village

Vikhan Paswan, a member of the winning team, said: “Ghurana’s panel threw a party before the election, and lost. After we won, we went to the three main neighborhoods—Paswan, Muslim, and Tharu—and held a feast in each. Each village had ten kilos of chicken, and raksi.”

When asked what his goals were for Janata Lower Secondary now that he’d been elected, the new president replied,

“I want to turn Janata into a secondary school the students don’t have to leave after grade seven. The quality of education is poor in the government school, where the children come from poor families. The teachers don’t teach well. I’ll change that.”

Cover photo: Homes along the Mahendra Highway in the Terai. Kate Saunders/The Record

Whether or not students benefit, China's soft power is coming of age.

In the absence of local elections, school boards have become an increasingly important way to exercise control, especially over foreign aid