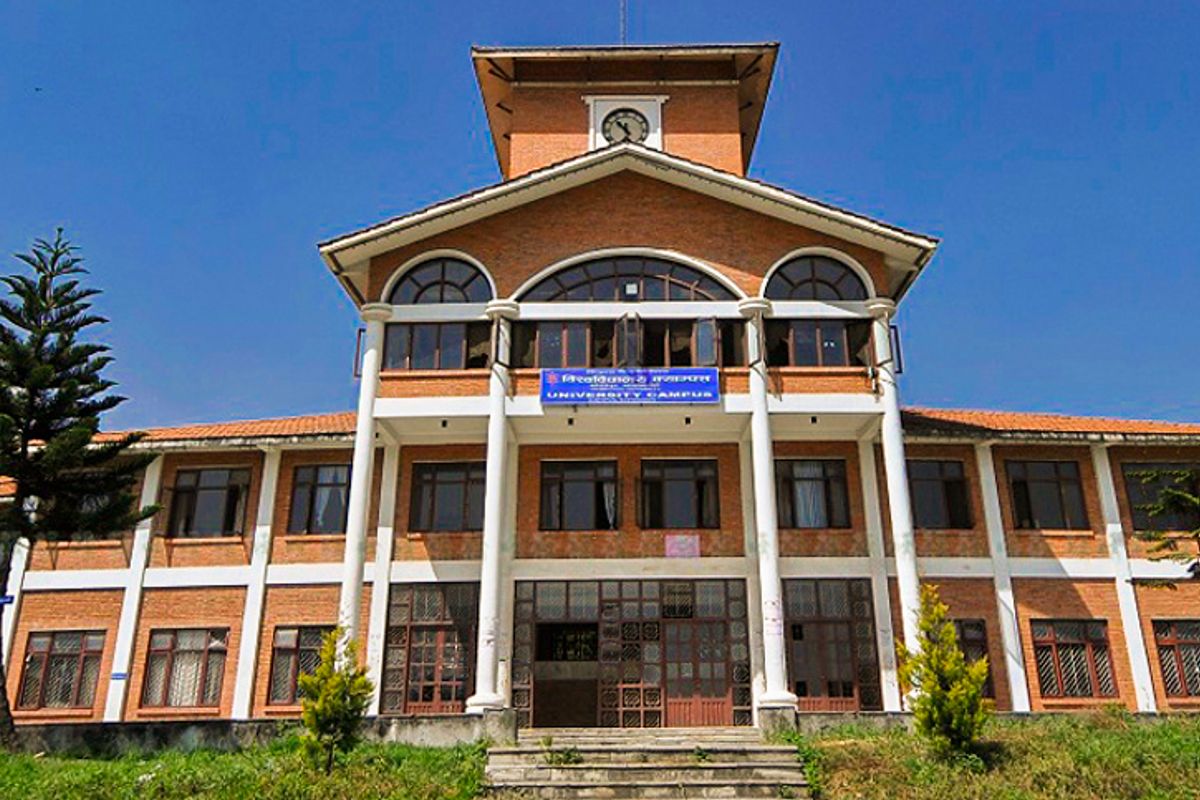 Days ago, on August 7, the National Education Board postponed all in-person examinations for Grade 12 students. The board’s decision was prompted in large part by a massive outcry against holding in-person examinations at a time when Covid-19 cases are rising once again and there are fears of an imminent third wave. But while Grade 12 students will be able to sit for their exams when things settle down, Bachelor’s level students at Tribhuvan University have been sitting for in-person exams since July 16. The exams, which are being held at respective faculties like in Kirtipur and Patan Multiple Campus, are expected to continue until August 20.

“Despite multiple requests from the students to conduct exams as during the previous semester, when they arranged home centres for us, our calls went unheard,” said Dikshya Karki, a student at Tribhuvan University’s Central Department of Sociology. “I am frustrated and rethinking my decision to choose TU.”

In the previous semester, the university had arranged for exams to be held at the respective campuses where they study, but this time around, it has designated 59 centers in the Kathmandu valley where students from all affiliated campuses gather for the exam.

Students like Karki have been protesting on social media and in person. The hashtag #cancelTUexams was trending on Twitter with nearly 60,000 mentions and students even held a physical protest outside the Office of the Controller of Examinations in Balkhu. Their activism has promoted political figures like Gagan Thapa of the Nepali Congress and Surya Raj Acharya of Bibeksheel Sajha to voice their support for the students. Even Prime Minister Sher Bahadur Deuba has taken note, meeting with student representatives on Monday, August 9. While Deuba has reportedly assured the students to seriously consider their demands, no official decision has been taken yet by the Education Ministry or Tribhuvan University.

Tribhuvan University is the largest and oldest institution of higher learning in Nepal with 415,777 students currently enrolled, according to Krishna Bastakoti of the university’s department of information. As such, students believe that the varsity bears the responsibility of ensuring its students’ welfare. But students say that holding examinations in a few designated centres where thousands will gather in closed, poorly ventilated rooms could turn into superspreader events, especially with the more contagious Delta variant in circulation.

“The previous semester, it was more comfortable for me to take the exams from the home center without risking me or my family,” said Saroj Yadav, also a sociology student. “The university is not only making it more difficult for students but also knowingly putting us at risk given the variants that are coming up now.”

As of Sunday, nearly 15 percent of the Nepali population had been vaccinated with a first dose while only around 8.3 percent of the population is fully vaccinated. Public health experts say that the risk will stay the same, even if there is a decline in cases, until everyone is vaccinated.

“The risk will always be the same despite the decline in cases. However, if the government is able to vaccinate everyone, this will help decrease the risk greatly,” said Dr Sher Bahadur Pun, chief of the Clinical Research Unit at the Sukraraj Tropical and Infectious Disease Hospital. “Physical exams might not necessarily trigger another wave of infections but there is no certainty as to how strictly the exam centers will follow the government’s [physical distancing] orders.”

Students are not just afraid for their own health but also those of their family members. Those with elderly parents at home or family members with co-morbidities are scared that they might bring the coronavirus home with them.

Rachana Bhatt, a mother of a six-year-old and a six-month-old, is also a student at the Department of Sociology. She is more scared for her children than herself.

“The prohibitory orders given by the government says only 25 students in a single room if physical exams are to be held and you would think that the most prestigious university in the country would follow those rules,” said Bhatta. “But no, there are 50 students sitting for the exam in a single room. Our temperatures are not checked and we are not even provided sanitizers. Exams are definitely important but so are my children.”

Other universities, including Kathmandu University and Pokhara University, have conducted exams virtually but Tribhuvan University has yet to do the same. Pushpa Raj Joshi, controller of examinations at the university, told Khabarhub on Sunday that they would be conducting in-person examinations regardless, as the number of students was relatively smaller. Estimates vary but there are believed to be thousands of students sitting for exams at this time, many of them with back papers.

“If classes can be held online then why can’t exams? They had an entire year to come up with a system that will work for everyone, but no,” said Karki. “The university thinks they are being smart but actually, they are making it worse for us.”

Shristi Sherchan  Raised in Singapore, Shristi Sherchan is a student who also works as a Social Media Intern for The Record. Her side hustle is owning a small business and teaching English to young children.

The public education system is in crisis, and concrete steps can be taken to make things better