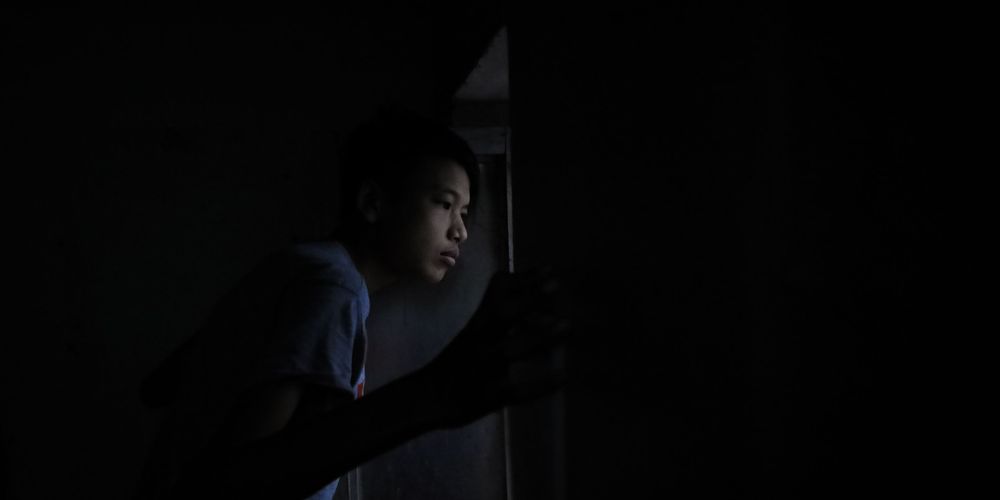 Tul Bahadur Baram wanted to go work abroad after completing his high school so that he could provide a decent life to his family, who struggled to make ends meet. Growing up in Taku, a remote village in Gorkha District, the 17-year-old had seen many of his seniors transform their lives and the lives of their family members through overseas employment. Tul, an eighth grader, had hoped that he could do the same and make his parents proud. But that dream ended on Nov 23, when his family cremated his mortal remains at the bank of the Daraudi River, less than a year after he had been diagnosed with renal failure.

"He breathed his last near Muglin, while we were taking him to Kathmandu for dialysis," said Kaji, Tul’s brother.

Tul’s family members feel that his death could have been avoided if he had access to regular dialysis and medical care until he got a kidney transplant--but owing to the Covid-19 lockdowns and financial constraints, they could not give him the needed care.

In principle, Nepal has a system that is supposed to provide subsidised treatment for major illnesses like cancer, heart disease, and acute kidney disease. The government has designated 69 hospitals, including 30 hospitals in Kathmandu Valley, where poor citizens can get subsidised hemodialysis service. But the reality on the ground is different, as the system’s intended beneficiaries struggle to get timely assistance due to red tape and the lack of a proper monitoring mechanism. Moreover, after Covid-19 cases started appearing in the country, many hospitals stopped providing free service, citing delays in transfer of funds from the government. Tul was initially receiving free hemodialysis at Kathmandu’s Buland Siddhi Hospital, but after the first lockdown, his family had to bear all medical expenses. It was a constraint they had been struggling for some time: ever since Tul was diagnosed with renal failure in 2019, his family had had to go beyond their means to save him.

“We spent over 10 lakh rupees on his treatment. We got most of that money through loans, although we also received some financial support from some of our villagers working in Korea,” said Kaji.

On multiple occasions, the family had to put off getting Tul the much-needed dialysis out of fear that they would run out of money before the planned kidney transplant.

“We wanted him to get a transplant as the dialysis was draining our resources, but we couldn't proceed with it due to a shortage of funds and other practical difficulties,” said Kaji.

Tul’s death comes as a grim reminder of the hardship people with preexisting health conditions have had to suffer during this pandemic.

During the nationwide lockdowns, which spanned over six months, people suffering from critical diseases like cancer and renal failure had to go for weeks, or even months, without treatment. Hospitals cited the unavailability of doctors to stop admitting patients altogether while public transportation ground to a near halt in this period. These developments led to many deaths that could have been avoided if the patients had gotten timely care, according to media reports. The Kathmandu Post reported that at one point during the lockdown, the country saw a 200 percent increase in the maternal mortality rate. The media have also reported dozens of deaths from other diseases, although the actual fatality number could be in the hundreds, as the majority of cases seldom make media headlines.

Although Nepal has, in the last few decades, seen several leaders with serious illnesses such as cancer and kidney diseases flying to India and other countries to get state of the art treatment, poor people with serious illnesses have been hard pressed to get decent treatment. Thanks to Nepal’s dismal state of public healthcare, for the poor, diseases like cancer can easily become a death trap or a debt trap. Most people are too poor to afford the expensive treatment available at private hospitals, while the treatment procedures at government hospitals are characterised by delays and red tape.

To be sure, the government has set up a Deprived Citizens Medical Treatment Fund, through which poor people can get subsidised treatment for  cancer, heart disease,  kidney disease, Parkinson’s, Alzheimer’s, spinal and head injuries, and sickle cell anemia at government-designated hospitals. But the application process is lengthy and cumbersome and the assistance too little to cover all costs. For example, cancer patients get a one-off package worth NRs 100,000, while chronic kidney patients get NRs 2,500 for each hemodialysis. But the patient has to bear all associated expenses themselves.

For several months now, kidney patients have been demanding that the government extend the scope of government assistance so that poor people will not have to die for lack of treatment. But the government has not taken any concrete action, although prime minister KP Sharma is himself a kidney patient  who has undergone kidney transplant twice.

The Baram family had gone beyond their means to save Tul after he was diagnosed with renal failure in late 2019.  Despite their initial fears, they were hoping that Tul would recover and be able to lead a normal life.

It has already been two weeks now since Tul’s death, but his family hasn't been able to come to terms with the loss of their youngest member. Anni, Tul’s sister who was by his side throughout his treatment, constantly loses consciousness.

“Since he passed away, she has stopped recognizing people and just speaks to herself,” said a family member.

The lockdown, one year on

A year ago Nepal first went into lockdown to prevent the spread of Covid-19. A year later, new cases are rising once again.