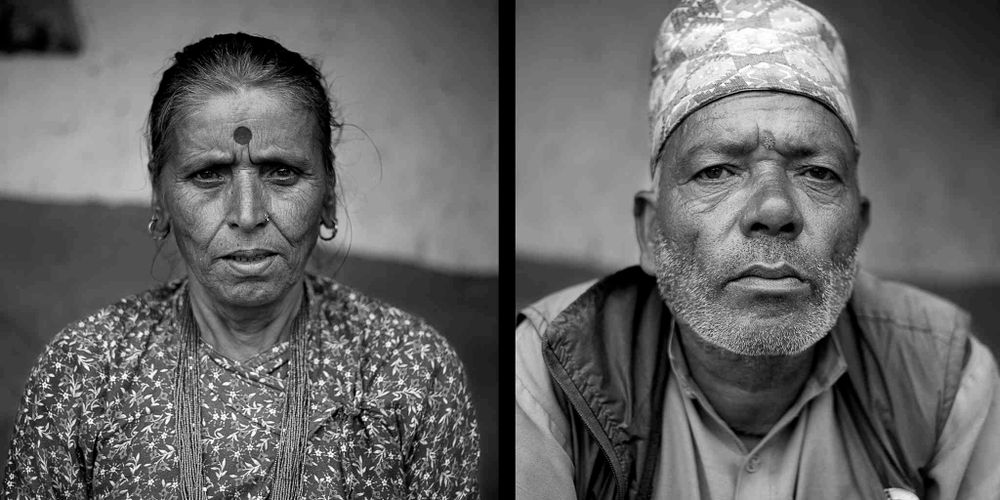 “No politicians have come here to talk to us about our son or about what happened. If they came here, I would beat them!”

The words poured forth as though they had been bottled up for far too long. The elderly woman’s eyes were stern and her face intense as she spoke, relating the aftermath of her son’s disappearance. She paced while her husband sat quietly, staring off into the valley below.

Sumitra Ghimire and her husband Ben Prasad lost their son, Prakash Ghimire, to enforced disappearance more than nine years ago. Just 24 at the time, Prakash was a bachelor’s student at a local college in Kavre, east of Kathmandu. The Nepal Army took him while he was visiting the home of acquaintances in Bhaktapur. At least this is what his parents were told. For many families like the Ghimires, the enforced disappearance of a relative has come to mean the endless search for truth and the inability to grieve properly. Families might hear pieces of a story from friends or villagers who were present or claim to have been present, but there are no official records, no arrest warrants, and no trails of information to track the missing.

The Ghimires only learned of Prakash’s disappearance four months after the fact, and despite registering the case with the National Human Rights Council and the International Committee of the Red Cross, they have seen no results and have been told nothing about Prakash’s disappearance. There is no information about why he was taken or what happened to him, whether he is alive or dead. Sumitra and Ben Prasad have filled the past nine years with activism and social engagement; they have sought out other families that experienced similar tragedies and have spoken at programs on enforced disappearance. They have engaged in this activism even though they are subsistence farmers and can barely afford to be away from their land for a day. After all this time, they hold firm to the belief that their son may someday return.

The Ghimires’ story is all too familiar in post-conflict Nepal. They are but one of more than 1,300 families that experienced the enforced disappearance of a relative during the civil war. Now, more than eight years after the war’s conclusion and the signing of the Comprehensive Peace Accord, no details have been revealed about the whereabouts of any citizens who disappeared during the conflict.

The Ghimires cannot hide their frustration. Years of struggle and discussion with NGOs and media have produced little, and they are skeptical that any progress can be achieved on uncovering the truth of Prakash's disappearance. While the forthcoming Commission to Investigate Enforced Disappearance may suggest general progress, general progress is no longer sufficient. Indeed, the ongoing commission process remains a mystery to the Ghimires. They expressed a lack of faith that the commission or any political process or mechanism will have the capacity to properly address their situation. To have a chance at success and achieve buy-in from families like the Ghimires, the commission will need to actively engage victims’ families and allow their voices to be heard at the policy level. Such engagement must be coupled with further support for the families’ everyday needs. If handled properly, the commission process offers the chance to avoid further marginalization of the families of the disappeared. If mismanaged, however, the damage may prove difficult to repair.

Erik B. Wilson  Erik B. Wilson is a development professional and researcher with an interest in enforced disappearance, transitional justice, and human rights. Erik completed his MSc in Development Studies at the London School of Economics where his dissertation focused on enforced disappearance in Nepal, specifically international NGOs and the role they play as discourse framing agents. His writing has also appeared on the Himal Southasian blog “Over the Top” and in the Nepali English dailies Republica and The Kathmandu Post. Erik is a photographer and has supported a number of organizations in Nepal including the Committee for Social Justice, the National Network of Families of Disappeared and Missing Nepal, and Next Generation Nepal. He is the managing editor of The Missing Blog (www.missingblog.net) a website dedicated to aggregating and disseminating news and information about enforced disappearance and those missing in conflict from around the world.