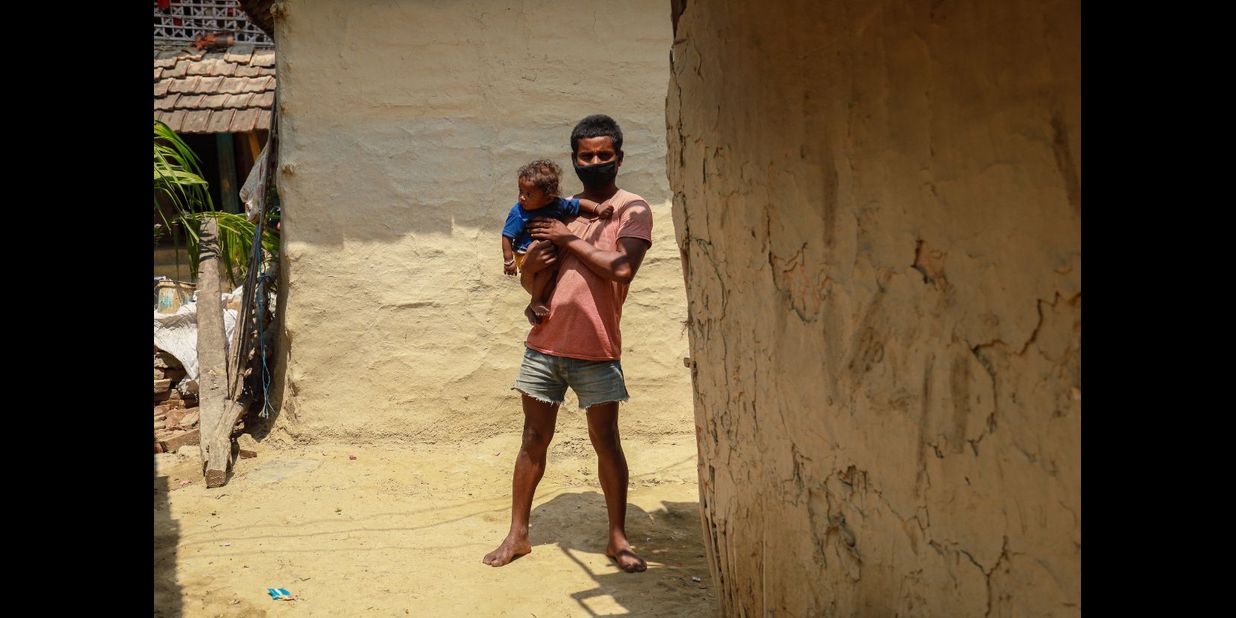 Results of PCR tests have confirmed an additional 68 Covid19 cases on Saturday. Among them, 27 were reported in Narainapur Rural Municipality of Banke district, while other cases were found in Baitadi, Surkhet, Kapilvastu, Sarlahi, Bara, Kathmandu, Rupandehi and Chitwan, according to the Ministry of Health and Population (MoHP). The second Covid19 death had also occurred in Narainapur.

With 75 new infections, the total number of Covid19 cases in Nepal has reached 591. A total of three individuals, including a new mother, have so far been confirmed dead due to the disease caused by the novel coronavirus. MoHP spokesperson Bikash Devkota said that health authorities are contact tracing and tracking other possible cases in the affected areas and quarantining a number of suspected cases.

Experts attribute an increasing inflow of Nepali migrants from India through overt and covert channels for the rise in cases. The government has not even been able to properly quarantine those entering the country through documented channels, let alone those crossing the border by avoiding the security forces deployed at the border.

Nine Covid19 patients have been discharged from the Narayani Hospital in Birgunj on Saturday after successful recovery. Uday Narayan Singh, a spokesperson of the hospital, said that patients from Parsa, Bara and Rautahat were discharged after they tested negative for the virus. There are still 62 Covid19 patients at the Birgunj hospital. As of Saturday, a total of 70 people have returned home after successful recovery including around two dozens this week.

Migrants pouring in from border points

Authorities have allowed entry to around 1,000 migrants returning from various places in India through the Sunauli border. The migrants, who completed a 14-day quarantine regimen, were brought into Nepal late Friday night following protests at the border point. Cross-border authorities elsewhere along the Nepal-India border have been allowing entry to stranded migrants due to the rise in the number of people crossing the porous border while avoiding security forces.

There has been a steady rise in the number of migrants returning from India since the resumption of the Indian railways. In major border points, authorities have mandated that workers must undergo the quarantine process, while some workers are being allowed entry after a basic health screening. The government doesn't have data accounting for the number of Nepalis working in India, but some estimates suggest that there could be around 400,000 seasonal migrant workers in need of repatriation.

The governor of Province 5, Dharmanath Yadav, presented the provincial government’s  annual policies and programmes for the fiscal year 2077-78 on Saturday, prioritising selected areas, including agriculture, health and employment. While addressing the provincial assembly, Yadav said that the government would only focus on selected areas in order to reduce adverse impacts of Covid19 on the economy. The policies and programmes, which have laid a framework for the upcoming fiscal budget, do not include any new project, but prioritise ongoing projects instead.

The policies and programmes came a week after President Bidya Devi Bhandari presented the federal government’s policies and programmes for the fiscal year 2077-78. The federal government has announced a special Covid19 facility, increased health infrastructure and equipment, and investment in health workers, among other things, while announcing a list of other programmes to tackle the economic impact of the pandemic.

A tragedy in lockdown

A Sankhuwasabha woman, who lost her baby due to birth related complications, died during treatment at Prasuti Griha in Thapathali on Friday, hours after she was airlifted to Kathmandu. DSP Min Bahadur Lama of the District Police Office, Sankhuwasabha, said that Ganga Karki took her last breath at the Thapathali hospital late night on Friday. A Nepal Army helicopter had brought her to Kathmandu due to sudden complications in her health.

Her case has shed light on the impact of the lockdown on prenatal and postnatal care. According to media reports, there has been an increase in the number of home deliveries ever since Nepal went into lockdown on March 24. A similar rise in maternity deaths has also been noted.

Locals of Marchwar in Rupandehi district protested against the local government on Saturday for showing apathy towards the safety and security of those currently under quarantine at the Bogadi Secondary School in Hardi. More than 400 people protested against municipality and ward representatives, alleging them of negligence amid the spread of the Covid19 in the area, according to News24 television.

The locals have blamed local representatives of pushing them and their family members further into the risk of catching Covid19 by keeping them in cramped rooms without basic facilities or safety gear. They have also demanded that the cooks and other staff, who until now have been returning home every night, stay with them at the quarantine facility.

Sporadic protests have increased in recent weeks due to irregularities in relief distribution and failure of the local government to ensure basic safety standards in quarantine facilities. In Narainapur Rural Municipality, ward representatives have themselves joined hands against the mayor due to failed control measures.

The Manmohan Cardiothoracic Vascular and Transplant Centre has told more than 30 staff, including health workers, to remain in quarantine as the hospital prepares mass testing following the confirmation of Covid19 in a patient undergoing treatment there. According to sources, a woman who was admitted in the hospital on May 19, has tested positive for the virus.

In a related development, big hotels have refused to shelter MoHP employees who are awaiting mass testing for possible infections. The ministry plans to test all its frontline and non-medical staff for suspected infections.

The grass is greener

By helping them understand the importance of balanced feed, a Nawalpur-based grass resource center is providing farmers with the means to grow and balance their own livestock feed.

A lot happened on the topic of climate change and the environment this year in Nepal. Here are the highlights.