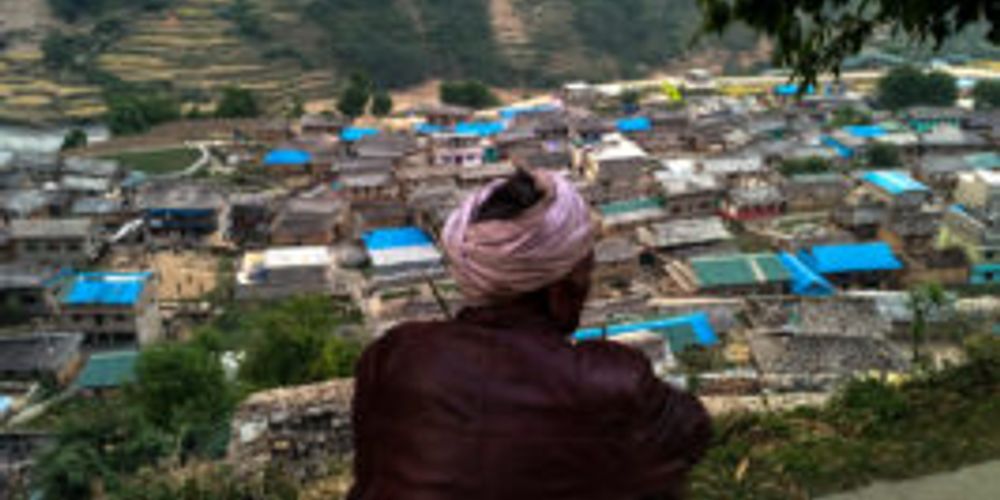 There is a growing sense that the space to discuss the terms “conflict” and “peace” in Nepal is shrinking. In fact, when these terms are even mentioned, particularly in Kathmandu, it is quickly seen as a disruption of “social harmony,” at best a spoiler, at worst obstruction of the government’s “development and prosperity” agenda.

For a country that emerged from a decade long civil war, the government’s loud slogan Samriddha Nepal, Sukhi Nepali—Prosperous Nepal, Happy Nepalis—is laudable, as it captures many peoples’ broadest aspirations. However, the general public doesn’t appear to have any shared sense of what those terms actually mean, let alone how and when the government is going to deliver them.

Does the existing state of peace seen in the country walk alongside the government’s sweeping ambition of building samriddha Nepal, sukhi Nepali? Away from Kathmandu, many people still have daily lived experiences of conflict and peace—some conflicts are mediated or resolved through traditional dispute resolution mechanisms and others go through formal court processes. Yet, puzzlingly, we are choosing to ignore everyday issues of people and society that are foundational to creating a just peace. Clearly, “conflict” has become a sensitive subject to discuss. But surely we can at least talk about “peace,” and what kind of peace are we building?

For most people, “peace” usually means the absence of violence. A more useful lens comes from the academic world, where peace is broadly defined as “negative,” “positive,” or “quality.” Negative peace is simply an absence of violence, qualified by the fact that the main causes remain in place; this reproduces different types of conflict while direct warfare has formally ended. Meanwhile, positive and quality peace, at their essence, represent a condition in which each member of society feels safe and able to express their demands and raise their concerns based on democratic principles, and enjoys equal opportunity to explore their fullest potential, regardless of their social, political and religious backgrounds.

So, what does this mean for Nepal?

If we are honest and critical in our reflection, Nepal remains in a negative peace. Well over a decade has passed since the violence ended. To arrive at this state of negative peace represents a fundamental achievement coming out of Nepal’s sustained armed rebellion. The country is and rightfully should be proud of the gains it has made in ending violent conflict. The country has become a democratic republic. It has a new constitution, successfully held to three tiers of government, and begun administering state functions and services under a new federal system. All of this in less than 15 years.

In what way, then, is peace in Nepal negative?

With the promulgation of its constitution in September 2015, the government characterized it as a “logical conclusion” of the peace process, and hence the beginning of conflict-free era. If we are to agree with the government’s conclusion and forget about unresolved transitional justice issues then we could go further and say that the constitution will—over time—allow for the structural changes that define “positive peace” to evolve, namely political representation, jobs, development, service delivery to all, etc. However, this is not a public narrative we hear. No government official or public statement from anyone in authority ever says, “give us time to address structural violence issues.” Instead, we are left to puzzle over the two notable waves of violence that have occurred after the constitution’s promulgation nearly four years ago.

Also read: Why victims of Nepal’s civil war may not get justice

First, we saw immediate violence after Madhes-based political parties demanded amendments to the constitution related to provincial boundaries, languages, electoral system, and citizenship. This eventually led to a nearly five-month long painful blockade imposed or supported by India, and thus linked with a threat to nationalism and nationhood. The border has long reopened, but the core issue, defining what it means to be a Nepali citizen, remains unresolved. The so-called fast-track deliberation on the constitution was one of the main reasons that led to the horrific violence in Tikapur, causing a deep wound that is not yet healed.

Also read: After years of media trial, a stunning verdict in the Tikapur case

Second, we’ve been seeing more violence from the Biplav-led Maoists. The unfolding events, including  skirmishes (in Sankuwasabha, Bhojpur, and Sarlahi), torching of government offices (ward offices in Jajarkot, Sindhupalchowk, Rautahat, and Nuwakot), seizure of land (in Kailali), and the burning of more than twenty telephone towers indicates that the outfit is not necessarily just made up of standard-issue looters and extortionists. They appear to have political grievances.

These two violent episodes are rooted in grievances that have emerged in post-war Nepali society, but they also have historic roots. The country needs to reflect on whether confrontational response to these episodes will truly address the issues that trigger them.

In order to break the self-reinforcing negative peace trap that Nepal seems to find itself in, Nepali citizens must be able to have a frank and honest conversation about our diverse and collective history, everyday life experiences, and needs. Having differences in ideas, opinions and competing interests does not equate to anti-nationalism. Freely expressing these positions does not distort social cohesion or harmony. In fact, creating political and social space nurtures citizens to listen to others from different social, political religious ethnic and gender groups. Such an engagement makes us better citizens and helps build a tolerant society. It discourages labelling, shaming, and name-calling. Civic debates are the foundations and roots for strengthening democracy and development, and for building quality peace, indeed for building Samriddha Nepal, Sukhi Nepali.

Also read: Nepal’s growth is the highest it’s been in two decades. Is it time to celebrate?

While the greater onus falls on the state to create such space, others, such as non-governmental organizations, civil society organizations, donors, and the media must play a constructive role to motivate state action and highlight what the actual people of the country define as "happiness and prosperity." Voting in elections certainly is one space to talk about peace and what Nepal's peace should look like. This allows the country to put down its democratic roots. However, for Nepal to break out of the negative peace trap, more open public and political spaces are needed so that citizens can to talk about other issues that they struggle with, including discrimination towards women, domestic violence, casteism, inequality, and racism.

Otherwise, we must accept that it is virtually impossible to dream of, let alone to build, Samriddha Nepal, Sukhi Nepali unless we do so at the cost of advancing one community over other and or by continually maintaining the status quo. We urgently need to have critical and productive legal and policy debates that genuinely reflect the problems that citizens face. An open space to discuss the state of peace is essential if we are to really talk about Samriddha Nepal, Sukhi Nepali.

The long, elusive wait for justice

For the victims of war-era atrocities to whom Nepal has continually shown an unwillingness to deliver justice, a bleak future awaits