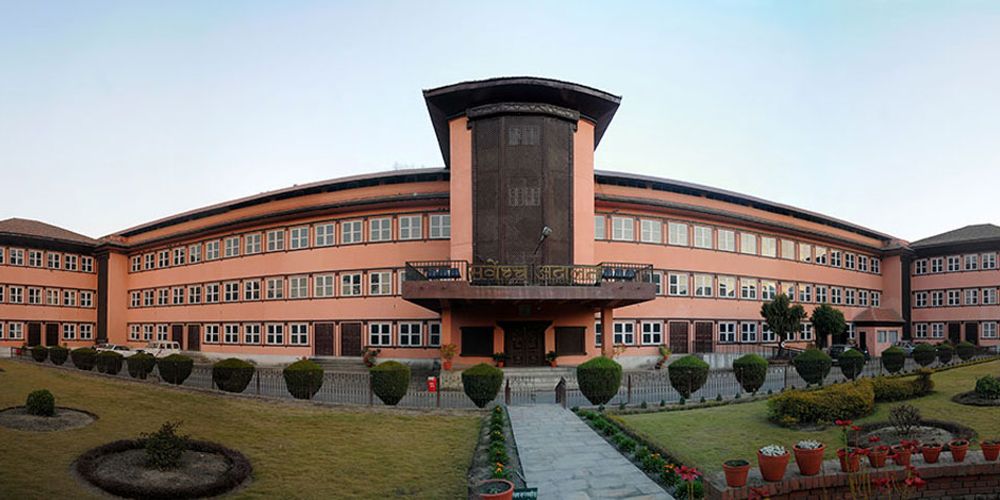 No word yet on speakers

With just a week left for the start of the winter session of parliament, the ruling Nepal Communist Party (NCP) has intensified internal negotiations to pick its candidate for the elections to the post of Speaker and Deputy Speaker of the House of Representatives. Former Speaker Subash Chandra Nembang and Agni Sapokta are frontrunners for the post of Speaker. Whoever is nominated is almost certain to win the post, given the NCP’s majority in the House.

The Parliament Secretariat will conduct elections soon after the winter session starts on December 20. President Bidhya Devi Bhandari has called the first assembly at 4PM.

The post of Speaker has remained vacant since then incumbent Krishna Bahadur Mahara was resigned  on October 1 ahead of being arrested and charged with rape. Deputy Speaker and NCP member Shiva Maya Tumbahamphe must also resign, due to a constitutional clause requiring that the speaker and deputy speaker be from different parties. She was elected in March 2018 from what was then still the Communist Party of Nepal-Unified Marxist Leninist (UML), two months before it merged with the Communist Party of Nepal-Maoist Centre to form the NCP.

The Commission for the Investigation of Abuse of Authority (CIAA) has filed a graft case against the Chief of lucrative Tatopani Customs Office Krishna Bahadur Basnet, charging him of embezzling over Rs 105 million during his decades-long career as a customs officer at various border points.

Basnet, who joined the civil service  as non gazetted officer in 1988, was previously Chief Customs Officer at the Biratnagar office.

The anti-graft agency in its charge sheet filed before the special court on December 14 has also named Basnet’s wife and three other relatives as implicated in aiding and abetting him in hiding the money.

Among other properties, Basnet, an undersecretary, owns an energy company, 100 ropanis of land in Sankhuwasabha district, and a hotel in Khandbari Bazar worth Rs 100 million, according to CIAA spokesperson Ganesh Bahadur Adhikari. The CIAA could only trace the source of over Rs 1.7 million of Basnet’s investments, according to the CIAA.

Earlier in the week, on December 9, CIAA Chief Commissioner Nabin Kumar Ghimire had said that the body would not tolerate corruption in any form, regardless of who was involved, and that the anti-graft body would take strict measures to curtail corruption at all levels.

Ghimire said that the country’s move from a unitary to a federal system of government should not be an excuse for corruption and abuse of authority. “The CIAA will not stay quiet because we are in a transition,” Ghimire told a gathering of anti-corruption activists, former bureaucrats, and civil society members. The CIAA has of late been criticised for not taking action against prominent or powerful people. Ghimire said corruption would decline significantly if only parliamentarians followed the laws they themselves draft.

Ghimire also said that the CIAA had secured convictions in 88 per cent of corruption cases filed last year. The CIAA has filed close to 170 cases since mid-March this year.

The Supreme Court has summoned the government to discuss a possible breach of law in the appointment of the commissioners of the National Information Commission (NIC).

Responding to a writ petition filed by Bishnu Luitel seeking a stay order on the government’s appointment of NIC commissioners, Justice Manoj Kumar Sharma on December 11 said there needed to be a further hearing before he could determine the legality of the appointment.

A hearing on NIC appointment has been scheduled for Wednesday. Sabin Pokharel, an advocate, has also filed a separate writ petition challenging the legality of the NIC appointment.

On December 9, the government had appointed Mahendra Man Gurung,  a former secretary, as the chief commissioner of NIC, and UML member Kamala Oli Thapa and journalist Ratna Prasad Mainali (Deepak) as commissioners based on the recommendation of a committee led by Deputy Speaker Shiva Maya Tumbhahamphe. Existing laws state that the Speaker must preside over the recommendation committee.

Supreme Court Chief Justice Cholendra SJB Rana on Tuesday said Padam Prasad Baidik, who resigned as Judicial Council member last week, would not be nominated as a Supreme Court justice. Rana told the Nepal Bar Association (NBA) that the five-member council would only  recommend a candidate after having taken all sides, including the bar association, into confidence.

The assurance follows a standoff last week, when the NBA strongly rejected the Judicial Council’s plan to Baidik, who had resigned from the council days before the announcement was due to be made, having been promised the Supreme Court position. The bar association said such maneuvers breached laws and the judicial code of conduct.

National Assembly elections have been scheduled for January 23. Of a total of 59 current members, 19, including Finance Minister Yuwaraj Khatiwada are completing their two-year tenure on March 3. Government spokesperson Gokul Prasad Baskota said on December 12 that the government had requested the Election Commission to prepare to hold elections on that date.

Article 86 (3) of the constitution states that a third of National Assembly members can serve only two of the full six-year term.

National Human Rights Commission Chairman Anup Raj Sharma on December 10 said that the apathy of the country’s political leadership in the face of crime and human rights violations was fostering a culture of impunity.

Speaking on the 71st International Human Rights Day, Sharma said that reluctance of the government of Prime Minister KP Oli to punish human rights violators and criminals didn’t just undermine the rule of law, but actively promoted crime and lawlessness.

His remarks came two days after the NHRC submitted a damning report to President Bidhya Devi Bhandari, accusing the government of trying to curtail the constitutional power of the commission through the introduction of the controversial NHRC bills. The report also questioned the government’s commitment to punishing those guilty of atrocities during the decade-long conflict.

In a statement commemorating International Human Rights Day, PM Oli said that his government was commitment to upholding human rights, in keeping with Nepal’s commitments to international treaties and the rights enshrined in its constitution.

The former bureaucrat and 2017 Kathmandu mayoral candidate reflects on running as an independent and what independents and smaller party candidates bring to the table.

From the ashes of People’s War

Despite its immense bravado, the radical Maoist group led by Biplab might find it difficult to achieve its aims