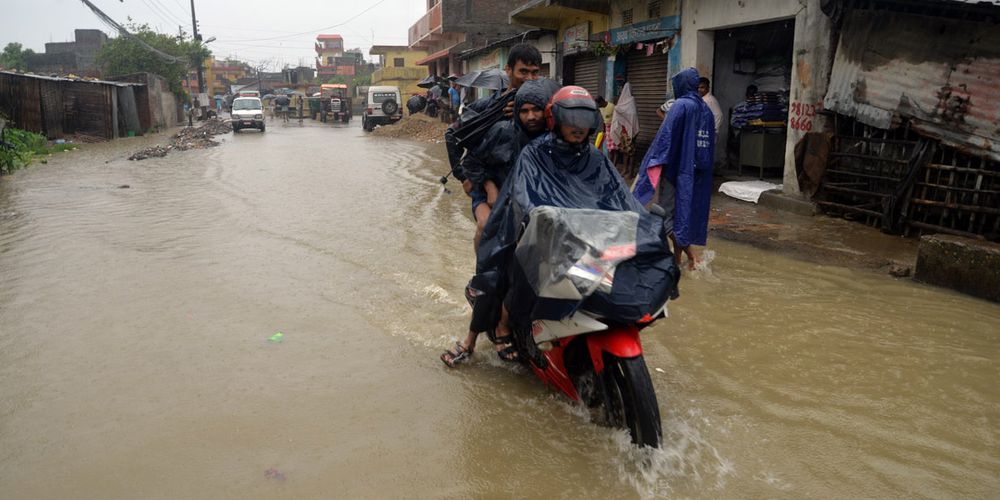 At least 17 people have been killed, seven have gone missing, and several have been injured in floods and landslides triggered by the monsoon rainfall in various parts of the country, according to Nepal Police. People lost their lives in Kathmandu, Khotang, Okhaldhunga, Parsa, Ramechhap, Sindhuli, Makawanpur, Lalitpur and Dhading. Injuries and missing persons have been reported from Bhojpur, Kavrepalanchowk, Khotang, Ramechhap, Makawanpur, Dhading Paanchthar, Ilam, Morang, Sunsari, Mahottari, Rautahat, Kathmandu and Dolakha, the police said.

According to Meteorologist at the Department of Hydrology and Meteorology, Shanti Kandel, rainfall has been occurring across the country with the entrance of low pressure wind.

"Monsoon will be active across the country till Sunday. So, high alert should be maintained due to the prevalence of flood and landslide risks,"  Kandel said. She urged concerned authorities to shift people from flood and landslide-affected areas since there is high risk of disaster in various areas across the nation.

The incessant rainfall has submerged settlements in Biratnagar and Janakpur. According to the District Police Office, Morang , wards numbers 1, 2 and 8 in the sub metropolis of Biratnagar have been significantly hit by the rainwater, and over 50 people residing near the Paropakar Ghat at Biratnagar-1 have been shifted to safety. Some areas in Biratnagar-12 have also been inundated and people have been evacuated. Similarly, Janakpur's Barhabigha Ground, Airport, the Office of  Chief Minister and Council of Ministers, Janakpur Zonal Hospital, District Police Office Dhanusha, District Post Office, State 2 Health Directorate, Janakpur Chamber of Commerce and Industry office, Bhanu Chowk area, Mills Area, an area from Murali Chowk to Bishwakarma Chowk and Kadam Chowk have also been submerged. No casualties from Biratnagar or Janakpur have been reported.

The federal, state, and local government, as well as Nepal Army, the police and Armed Police Force, and other concerned authorities have been put on high alert with monsoon reaching its peak, according to the National Emergency Operation Center under the Ministry of Home. A total of 244 places have been identified as highly sensitive to monsoon-induced disasters across the country, and according to chief of the Center Bednidhi Khanal, there has been preparation for loss reduction, relief distribution and rescue in case of a disaster. The government has implemented the monsoon preparedness and response plan, 2076 in this regard, Khanal said.

Prime Minister K.P. Oli has urged all local level and elected people's representatives to engage in the efforts to rescue disaster-affected people. He expressed condolences to the families of those killed in the incidents of flood and landslides and also urged all sides to engage their efforts in rescue operations.