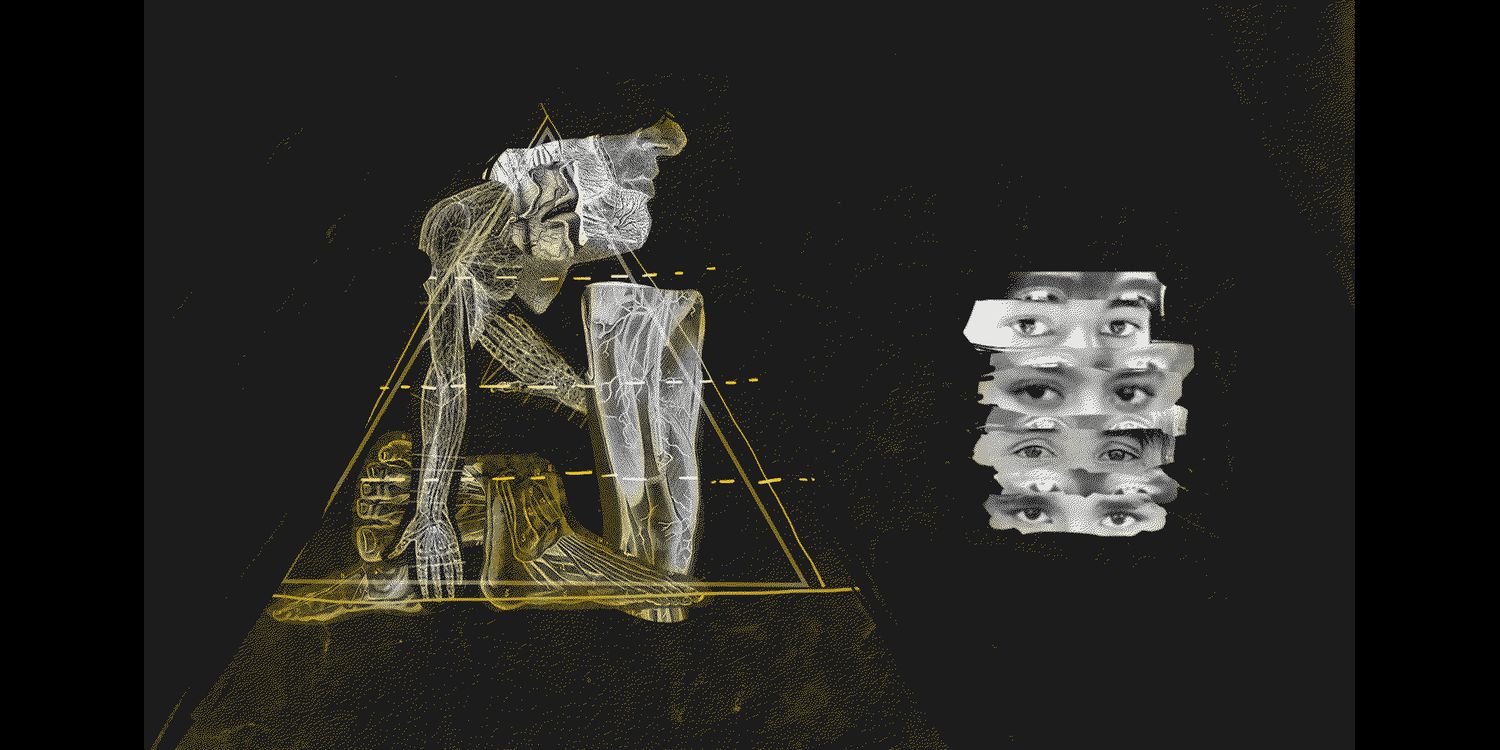 Caste discrimination in Nepal is costing Dalits their lives, even nine years after the enactment of the Caste-Based Discrimination and Untouchability (Crime and Punishment) Act of Nepal, 2011. Discrimination against Dalits remains prevalent and enduring. Since 2011, there have been at least 11 recorded cases of Dalit deaths involving issues of caste prejudice.

On May 23, Dalit youth Nawaraj BK and his friends were lynched in Soti, Rukum. Nawaraj had been seeing an ‘upper caste’ girl, whose family disapproved of the relationship. When Nawaraj and 18 of his friends went to Soti Village on May 23 to bring his girlfriend home as bride, they were attacked by villagers and chased into the Bheri River. Only 13 survived. Six bodies, including Nawaraj’s, were recovered from the river. A five-member probe team set up by the government is investigating the case. News media in Nepal have also reported that former Home Minister and a leader of the ruling party Janardan Sharma has family ties with the Shahi families involved in the murder.

Speaking in parliament, Sharma said that the Dalit boys were responsible for the Nawaraj BK case in Rukum. He portrayed the incident as just a clash between villagers and 19 boys, with his take being that the villagers had chased the boys, who jumped into the Bheri River, with some of them subsequently drowning. Indignant lawmakers interrupted his speech. Sharma later issued a statement claiming that his speech had been misinterpreted  and that he was committed to supporting the investigation into the incident. Meanwhile, Dalit lawmaker Man Bahadur Biswakarma claimed that the boys were beaten to death, tied with ropes, and dumped into the river.

Another case is that of 13-year-old Angira Pasi of Devdaha, Rupandehi, where the local ward chair and community ordered the marriage of Angira and her rapist, 25-year-old Birendra Bhar. Birendra’s family did not approve of a Dalit daughter-in-law. The next evening, her body was found hanging from a tree, under suspicious circumstances. Police had initially refused to register the case, but they later detained Birendra Bhar, his mother, Akali Bhar, and his aunt Shitali Bhar in connection with Angira’s death.

While Nawaraj’s and Angira’s cases have gripped the national attention, they are but the latest in a series of deaths resulting from caste-based violence. The following is a chronological list of cases that have occurred since the enactment of the Caste Discrimination and Untouchability Act.

While killings of Dalits have taken place over various accusations, most cases have to do with inter-caste relations between men and women, the violence being more pronounced when the man is Dalit and the woman ‘upper caste’. That a family or a community’s hatred for intercaste intimacy should lead to murder says much about the larger issues around casteism, normalization of violence, and fixation on caste purity.

“The Brahmanical patriarchy seeks to control women’s sexuality and maintain caste purity,” says writer Sarita Pariyar. “Under this system, relations are to be allowed only within castes, to keep them separate and thus maintain a hierarchy.” Similarly, researcher Smita Magar says, “The patriarchal position that women do not have the agency to choose sexual partners also plays a role in this violence.” From such a perspective, consent would not validate intercaste relationships.

Historical legacies also continue to plague Nepali society. “To understand the violence against Dalits today, we have to look at the role that the state played in the past. The state itself used to define who could be killed,” says Magar. “Intercaste marriage was illegal under the Muluki Ain, and although political structures have changed since then, that idea still lingers. There is also the internalized concept of superiority, where rather than awareness that one is committing a crime, people feel they are the ones punishing others for wrongdoing. In their minds, they are just doing what the state used to do in the past.”

It is ironic that Nawaraj’s case took place in Rukum, one of the epicentres of the Maoist movement. The Maoists had, backed by the gun, prohibited caste discrimination and established a trend of intercaste unions among their ranks. Post-conflict, many of these unions dissipated. Since deterrence through physical retaliation for caste-based discrimination was gone, and there had been no cultural change in terms of perspectives on discrimination, caste-friction reared its ugly head again.

The Caste Based Discrimination and Untouchability (Offence and Punishment) Act, 2068 (2011) was the first separate Act enacted to criminalise and punish caste-based discrimination. The punishments it prescribes are minimal: three months to three years in prison and a fine between a minimum of Rs 50,000 to a maximum of Rs 200,000. For public office holders committing the offence, the Act also provides for upping the severity of these punishments by an additional 50%. The Act was adopted unanimously by the then interim parliament.

“A positive aspect of the Act is that the government becomes the plaintiff in cases pertaining to caste-based violence,” says researcher and activist Shiva Hari Gyawali. “However, the burden of evidence lies on the victim, which is an impractical provision.” Regarding the many cases of caste violence not being registered by the police, he says: “If the police refuse to register a case, one can approach higher authorities for help. The National Dalit Commission can issue a directive to the police to register and investigate the complaint, but implementing the directive is not mandatory.”

Most incidents related to discrimination are non-physical. And the law does not make it clear what counts as evidence of humiliation, verbal abuse, or other kinds of discrimination, making those cases difficult to prosecute.

In 2012, the Parliamentary Committee on Women, Children and Social Welfare had  formed a sub-committee to research caste-based discrimination, through a field study of 34 districts. Among the cases the sub-committee looked into were the killings of Sete Damai in Dailekh, Manbir Sunar in Kalikot, and Shiva Shankar Das in Saptari. The sub-committee brought Sete Damai’s killer to book and compensated Damai’s family, but took no action in the other cases. The sub-committee had also made policy recommendations aimed at providing access to justice, education, health, and communication for Dalits.

Then in August 2016, the cabinet formed a probe committee under the coordination of the then Minister for Youth and Sports Daljit Sripali to investigate the killing of Ajit Mijar in Kavre. After the killing of Laxmi Pariyar in December of the same year, the government came up with the structure for a high-level committee on the elimination of caste-based discrimination and untouchability. The government provided Rs1 million compensation to each victim’s family, but failed to implement the recommendations of the probe committee’s reports. The structure had a three-tier mechanism: a high-level mechanism, headed by the prime minister; a central coordination committee, headed by chief secretary; and a district mechanism, headed by the chief district officer.

Read also: Killing in the name

Regarding the probe committee set up for the Nawaraj BK case in Rukum, Gyawali has this to say: “Such probe committees prepare reports and submit them to the government. The recommendations are never implemented, and in many instances the government does not make such reports public. The best solution is to form a powerful judicial committee that will not only look into the Rukum incident but many other caste-based cases. The committee can then come up with a long-term vision and plan to eliminate incidents of caste-based violence.”

Dalits have a low presence in state mechanisms, less access to state power, and are economically marginalized--all factors that further reify their social and cultural oppression. Dalits make up 13.8% of Nepal’s population. At the level of local representatives, beyond the Dalit woman ward member quota, Dalit representation is at 3.3%. Dalits are featured even less in executive positions. They make up just 1% of Nepal’s mayors. In parliament, Dalits have an 8% representation.

According to the International Development Partners Group, Nepal’s Gender Equality and Social Inclusion report of 2013, Dalits were the least included among lawyers at the time, accounting for 1.4% of total lawyers and 0.9% of total advocates. And according to the Judicial Council Secretariat, for the years 2017/18, Dalit judges accounted for 0.5% of the 394 judges across the three tiers of the judiciary. These statistics correlate with how caste violence is addressed legally in Nepal. Based on a study conducted by Shiva Hari Gyawali in 2018, a total of 72 cases of caste-based-discrimination were registered in court from 2011 to 2016. Of these, 40 were dismissed by the court.

Caste-based violence resulting in death or injury may elicit public outcry, but structural and cultural violence towards Dalits, being invisible forms of harm, evade the same scrutiny. They even find tacit acceptance. “In the aftermath of cases like Rukum’s, there is a tendency among people to announce their progressive stance by citing a willingness to interact with Dalits, eat food together, have Dalit friends, and so on. But when it comes to marriage, the same people will revert to ideas of gotra milnu parchha (caste compatibility),” says Magar.

In parallel to casual casteism exists the tendency among non-Dalits to sterilize issues around caste dimensions. This flat denial of caste privilege prevents the building of public consciousness about Dalits’ experiences. For Pariyar, Nepal’s intellectual class has let Dalits down. “Our centres of higher learning lag behind in terms of caste discourse. And all around, there is constant effort to legitimize Brahmanical thinking. That’s what informs notions of the superiority of the namaste over the handshake or of the usefulness of untouchability in the wake of the coronavirus pandemic.” Pariyar believes that people are more concerned with maintaining a veneer of social harmony than with addressing casteism. “Talking about caste makes people uncomfortable. They don’t want to rock the boat. There is still little conceptual and theoretical engagement on the topic. The deconstruction of caste is yet to happen in Nepali society.”

The Chinese who are learning Nepali

With changing time and demand, the pottery makers of Bhaktapur are slowly replacing traditional ways with modern technology.