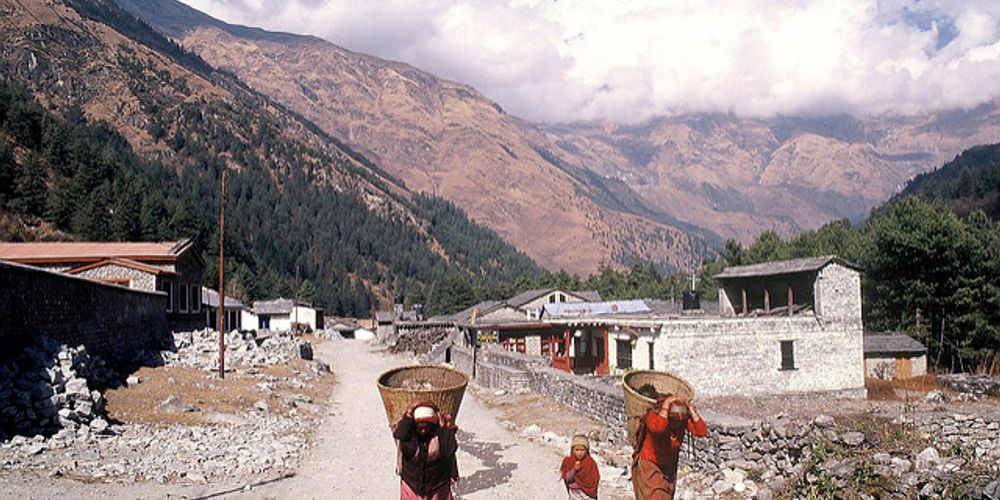 Since the signing of the Comprehensive Peace Agreement in 2006 that ended the People’s War, Nepal has been undergoing political, economic and social transitions and restructuring. The interim and subsequent final constitutions signed in 2007 and 2015 respectively, brought about greater inclusion of marginalized groups, including women. Since then, women’s rights on paper have progressed enormously in the country, mandating greater political, civil society and economic participation of women. However, implementation has been more mixed. Problems continue to persist with the implementation of constitutional gender provisions and gender-sensitive and gender-responsive legislation, policies and acts, including intersectional recognition of the myriad of concerns that affect women based on ethnicity, caste, religion, language, indigeneity, marital status, geographical location, ability, and access to health and education. Discrimination faced by Nepali women goes beyond the gender binary and patriarchal structure, but is coupled with other intersectional barriers including a deeply entrenched caste system.

A key concern for marginalized groups of women has been that women from different indigenous communities expressed frustration that women, and therefore opportunities for participation, are homogenized under one broader ‘woman’ category.

One of the principal areas of concern is the “lack of recognition of the rights of indigenous women in the Constitution and the general lack of the right of indigenous peoples to self-determination.” A key concern for marginalized groups of women has been that women from different indigenous communities expressed frustration that women, and therefore opportunities for participation, are homogenized under one broader ‘woman’ category. The homogenization of women dilutes the multiple forms of discrimination based on ethnicity, caste and religion affecting women from indigenous and other marginalized communities. Thus, the narrative of opportunity and participation is different for marginalized women as they are advocating doubly for inclusivity.

This diversity of women must be defined and recognized constitutionally and institutionally in Nepal’s state structures, aligning with international human rights instruments the government has ratified including the United Nations Declaration on the Rights of Indigenous Peoples.

In the civil society space, opportunities tend to be captured by elite women in the women’s movement, thus constraining marginalized women’s organizations in terms of resources, finances, projects and initiatives. In politics, where political patronage by male relatives is not uncommon, gender quotas at local, provincial and federal levels are often dominated by upper-caste women with the exception of the Dalit woman quota within ward committees. One key step would be to amend the 2015 constitution to recognize indigenous women as a distinct group. This can be interpreted as ensuring indigenous women’s representation within political gender quotas, and specific funding streams and mechanisms for indigenous women civil society organizations. This step however must go further to recognize and ensure representation of other marginalized women including Madhesi and Muslim women and women living with disabilities. This diversity of women must be defined and recognized constitutionally and institutionally in Nepal’s state structures, aligning with international human rights instruments the government has ratified including the United Nations Declaration on the Rights of Indigenous Peoples. The lack of legal measures recognizing such structural discrimination leaves behind majority of women from meaningfully participating and realizing their rights to live with dignity and equality.

Nevertheless, this is a time to celebrate Nepali women’s movement achievements.  The growing women’s civil society engagement with international gender instruments such as CEDAW and the Women, Peace and Security agenda, is an opportunity to localize and advance women’s rights and gender equality in practice in Nepal. For civil society organizations, these instruments and mechanisms provide invocation to advocate and advance issues and hold governments to account on its commitments and its inaction. However, it doesn’t stop here. Further consideration needs to go into how women’s rights activists outside of Kathmandu, where this knowledge is primarily situated, can learn about these tools to advocate for their own needs. How can these key documents and international gender instruments affect women at the grassroots level?

A glaring opportunity for this dissemination is via elected female representatives within Nepal’s new federal structure. The 2017 local elections brought an unprecedented 35, 041 women into local level politics across wards and different municipalities. Many locally elected women have entered politics for the first time, and much of the international community governance efforts are aimed at capacitating these women on their roles and responsibilities. Deputy Mayor positions, where women make up 91%, are given a particular focus given their various duties accorded to their position, such as head of the Judicial Committee, a mediating body on non-criminal proceedings, and the municipality Budget Committee. Many of these female deputy mayors require and are undergoing capacity- and knowledge-building training. A gender lens and analysis must be incorporated into these training initiatives to ensure women in local politics can advocate gender issues if they choose to. This includes training in local, non-Nepali languages.

Alina Saba And Sarah Hewitt  Alina Saba is an indigenous women rights activist based in Kathmandu. Sarah Hewitt is a PhD candidate at the Monash Gender, Peace and Security Centre in Melbourne Australia. Her PhD research on Nepal and Kenya is part of a broader Australian Research Council Linkage project, Towards Inclusive Peace: Mapping Gender Provisions in Peace Agreements, 2000-2016.