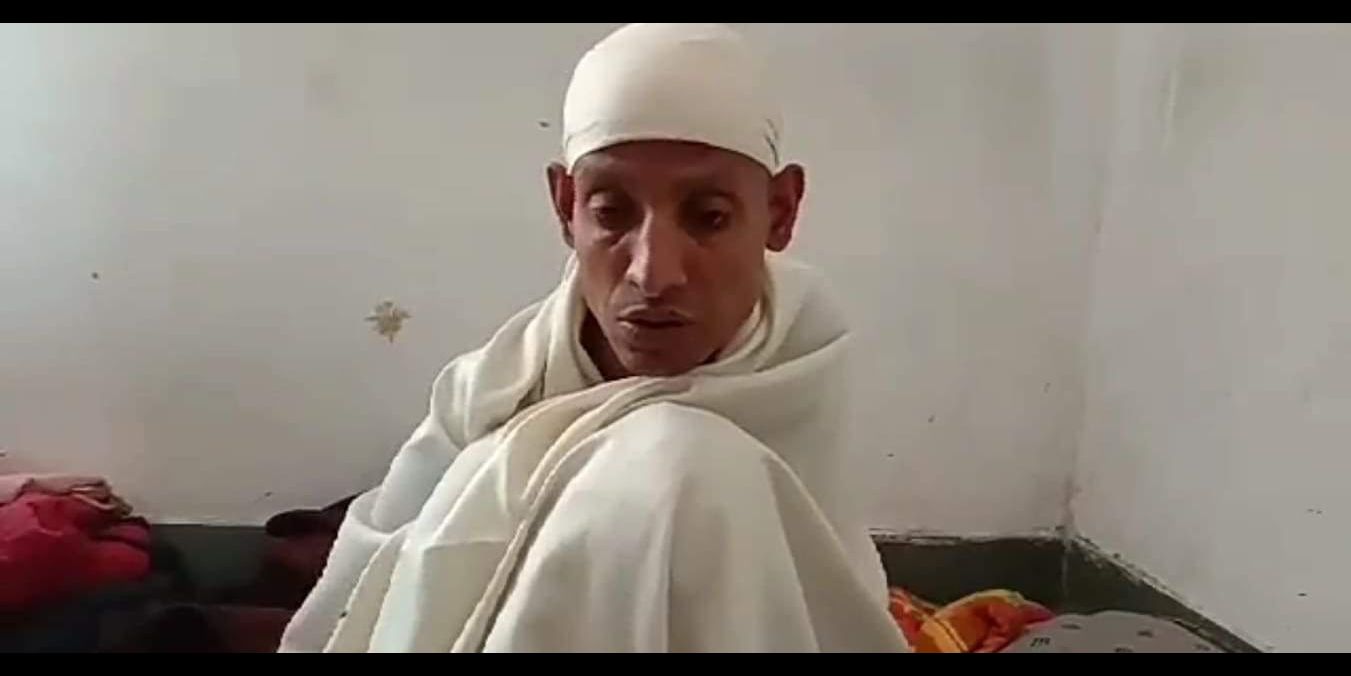 Basudev Bhatta, a migrant worker, shares his condition as he is forced to mourn the death of his mother in quarantine across the border. As told to Kiran Dhami.

My name is Basudev Bhatta. I am a resident of Shailyashikhar rural municipality in the district of Darchula. For the last three months, I have been working in road construction at Ghatikhola in the Pithoragarh district of Uttarakhand.

On 27 March, we decided to return as we had no more work due to the coronavirus. We weren’t getting paid and it was becoming harder to survive. I arrived along with several others on 30 March at the border to find that it was already closed. We pleaded with security personnel to let us in but they didn’t listen. We were left stranded without food or water and Indian officials came forward to help only much later. We have been kept in quarantine ever since.

Five days ago, my mother, Gautami Bhatta, died. She was 65 years old and passed away from a heart attack. Her health had been suffering and she was worried about me and my brother who still remains stranded in Bangalore. As soon as I found out about her death, I tried calling people up and requesting authorities to let me cross the border. So far, I have talked to our mayor and ward chairman back home and to many journalists. They said that I would be allowed to return, but I’m still here. I have even filed a complaint on the police helpline. No matter how many times I tried to call the chief district officer, he wouldn’t take my call.

I am the oldest of five brothers. With two of us brothers still in India, only the youngest three are at home to do the final rites. My mother carried me in her womb for nine months and raised me. Today, look at my condition. I couldn’t even mourn my mother’s death properly. Is it not my right to mourn my mother’s death?

I don’t know what to say to a government that doesn’t understand the plight of its citizens. I would like to thank the two-thirds government. Let them thrive and prosper as we suffer.

The reduction of quotas in civil service represents yet another backlash against inclusion.

The odd-even rule re-introduced to restrict movement has quelled the number of vehicles on the roads, but commuters say it has only added to their woes.

Some claims in Putin memes circulating in Nepal are false

At least two memes are circulating on social media in Nepal praising Russian President Vladimir Putin for granting audience to a visually-impaired Russian teenager. Some of the claims made in the memes are false.