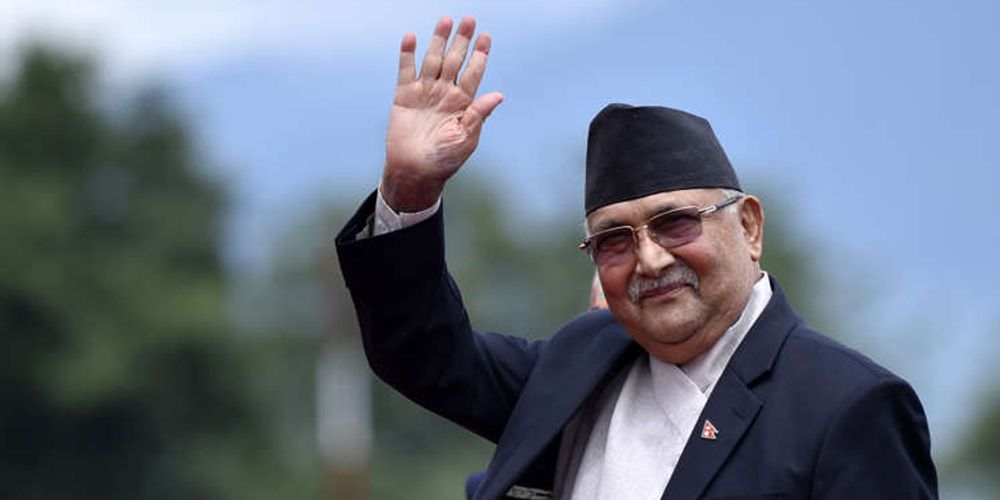 Prime Minister KP Sharma Oli on Monday lost the vote of confidence in the House of Representatives, effectively rendering him a caretaker prime minister until a new government is formed.

Oli tabled the vote of confidence earlier in the afternoon while voting took place later in the evening. From among the lawmakers present at the House meeting, Oli received 93 votes in favor and 124 against while 15 abstained. The prime minister needed 136 votes in order to pass the floor test and remain in office.

Oli has thus lost the confidence of the House and must now step down and make way for a new government, according to Article 77 (1) (b) of the constitution. Oli’s Cabinet will also need to step down, per Article 77 (2) (c).

With this vote, Oli’s fractious rule of nearly three years effectively comes to an end. His UML party, with 121 members, does not have the numbers to form a majority government and will need the support of either the Nepali Congress or the Janata Samajbadi Party. Neither seems particularly keen on allying with Oli. Sher Bahadur Deuba, president of the Nepali Congress, has been vociferous in his opposition to Oli while the Janata Samajbadi Party is divided, with Baburam Bhattarai and Upendra Yadav opposed to Oli while Mahanta Thakur and Rajendra Mahato more amenable to Oli.

At this time, it is basically a numbers game, as 136 members are required to form a majority government. None of the parties can form a government on their own or even in a coalition with another party except the UML. The Nepali Congress, with 63 members, is the second-largest party in Parliament while the Maoist Center, with 49 members, is third. The Janata Samajbadi party has 32 members. A coalition of the Congress, Maoist Center, and Janata Samajbadi will be necessary if the 136 number is to be reached.

Oli’s UML has 121 members but around 20-30 of them are allied with the Madhav Nepal-Jhalanath Khanal faction of the party and are thus opposed to Oli. Twenty members of the UML did not attend Monday’s confidence vote meeting.

Under Article 76 (2) of the constitution, the President “shall appoint as the Prime Minister a member of the House of Representatives who can command majority with the support of two or more parties representing to the House of Representatives.” At the moment, the only viable candidate appears to be Deuba of the Nepali Congress, backed by the Maoist Center and the Janata Samajbadi Party.

In either case, the new prime minister will once again have to undergo a floor test within 30 days. If they fail to garner a vote of confidence, Article 76 (7) then comes into effect. The House will be dissolved and elections declared. For Oli, this is the best option and he is likely to go all out to prevent the formation of any coalition.

In fact, many believe that this was Oli’s plan all along. On December 20, he dissolved Parliament and decided to go to the polls in the spring. But on February 23, the Supreme Court invalidated Oli’s decision and reinstated the House. Pushpa Kamal Dahal, chief of the Maoist Center and Oli’s erstwhile partner, was quick to say on Monday that it was immoral for a prime minister to ask for a vote of confidence from the same House that he attempted to invalidate.

Confronted with an increasingly hostile Parliament, the only real option left for Oli was the creation of a new House via elections. An election will likely go well for Oli as he remains popular at the grassroots while the Maoist Center is in disarray and the Nepali Congress has failed to mount any kind of challenge to Oli.

Within his own party, Oli commands a comfortable majority of lawmakers but Madhav Nepal and Jhalanath Khanal could chip away at this support base if fresh elections are held.

Meanwhile, as the political drama unfolded, Nepal reported 9,271 new cases of the coronavirus and 139 deaths. Nepal is in the midst of a second coronavirus wave and yet, with the government now rendered a lame duck, many are concerned that national response to a looming health crisis will be compromised and as a result, many more will die.