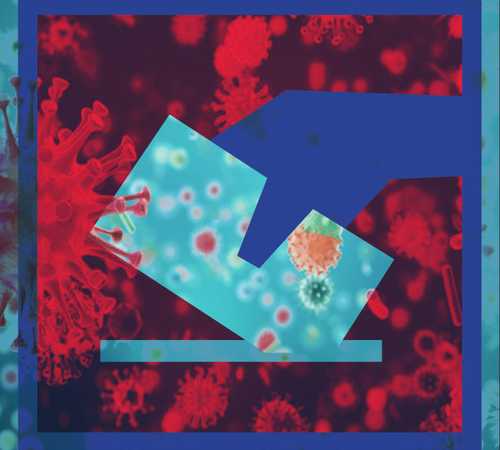 In June 2020, in the midst of a nationwide lockdown enforced to combat the spread of Covid-19, Prime Minister KP Sharma Oli announced unceremoniously that the government had already spent Rs10 billion on fighting the pandemic.

The announcement was met with incredulity, as back then, the government had done little to curb the spread of the coronavirus except to impose a lockdown that was making lives exceedingly difficult for many across the country.

But that was in June and since then, the pandemic has continued to rage, even though the government has relaxed almost all precautions. With Oli’s December 20 dissolution of the Lower House and announcement of midterm elections for April-May, Nepal, and the government, has been focused on political developments.

But the arrival of 1 million vaccine doses from India on Thursday has placed Covid-19 back on centre-stage. The government plans to roll out vaccinations in a number of phases, beginning with frontline health workers, but many questions remain as to how exactly the government will manage the finances for a vaccination drive that aims to ultimately inoculate 72 percent, or around 20 million people, of the population, especially alongside a mammoth midterm election.

On January 15, the Health Ministry issued a public notice asking for donors, national and international organisations, and philanthropists to contribute to the government’s Covid-19 vaccine fund. According to the ministry, the money collected will be used to procure vaccines and fund a free nationwide vaccination drive. The government, however, has not made public how much has been collected so far.

Numerous attempts to reach Health Ministry officials, including the spokesperson and deputy spokesperson, were unsuccessful.

According to Dr Shyam Raj Upreti, coordinator of the government’s Covid-19 vaccine advisory group, the Health Ministry requires Rs 48 billion alone to procure vaccines for 72 percent of the country’s population. As of now, the Finance Ministry has released just Rs 10 billion for vaccination expenses.

The Covishield vaccines that arrived on Thursday are a “gift” from India under its ‘Vaccine Maitri’ programme so Nepal does not have to pay for them. But it will have to pay for the 19 million more doses required and it is unclear where the funds will come from. Under COVAX, the global vaccine alliance, Nepal expects to receive 20 percent of the required vaccines at lower rates but it will have to procure the rest on its own.

But with the economy in shambles, there is a fear that the political concerns will outweigh those to do with public health, and funds will be diverted towards elections rather than vaccinations.

The Election Commission is preparing an election budget of around Rs 8 billion to present to the Finance Ministry, according to election commissioner Ishwori Prasad Paudyal. The security agencies -- the Nepal Police, Armed Police Force, and Nepal Army -- are likely to present a similar budget for security during the elections. The total cost to state coffers for the elections will possibly amount to around Rs 20 billion.

Although the Supreme Court has yet to decide on Oli’s dissolution of the House, election officials say that they have no choice but to prepare. On Wednesday, the Election Commission appointed focal persons for the general election in the provinces and local governments.

“Preparations are ongoing. We can't shy away from our constitutional responsibility if the court rules in the prime minister’s favour,” said Paudyal.

Holding elections in developing countries like Nepal remains an expensive affair, with costs rising every time.

The Election Commission spent Rs 2.25 billion conducting 2008’s first Constituent Assembly elections, according to former chief election commissioner Neel Kantha Uprety. As this Assembly failed to produce a constitution despite taking four years -- although mandated to complete the task of constitution writing within two years -- another round of elections was held in 2013, which cost around Rs 4.5 billion.

In 2017, about Rs 9 billion was spent on holding federal, provincial, and local elections, with poll deferrals alone incurring Rs 4 billion in costs. These expenses don’t include costs incurred for security arrangements.

But even these costs pale in comparison to how much the political parties and their candidates spent during elections. According to former chief election commissioner Uprety, parties and candidates together had spent at least Rs 100 billion on campaigning, despite a commission-mandated cap on spending at Rs 2.5 million per candidate. That amount includes funds misappropriated by state officials, said Uprety.

“Some candidates were found to have spent upto Rs 60 million to contest the election, although they submitted expense figures far below the ceiling placed by the commission,” said Uprety.

With the administration preoccupied with the elections, the government could have a difficult time coming up with the funds required to vaccinate the nation. The government is already planning to divert unspent funds earmarked for development projects towards the elections.

“Budget allocated for projects that are unlikely to be implemented within this fiscal year will be channelled towards elections,” said Bhuwan KC, an advisor to Finance Minister Bishnu Poudel.

KC, however, assured that funds for vaccinations would not be affected as the Finance Ministry had already identified “sources for Rs 41 billion of the total Rs 48 billion” required for vaccines.

Although Health Minister Tripathi had assured that the Covid-19 vaccinations would be provided for free, he is already considering allowing private hospitals to charge patients for the vaccination.

“These kinds of vaccinations can begin once the government has vaccinated 40 percent of the country’s total population,” said Tripathi.

Given the Oli administration’s past actions, not many are too optimistic about receiving free vaccines from the state. The government scaled back on free Polymerase Chain Reaction testing when the entire country was under lockdown, with many Nepalis having to bear the costs for tests themselves.

“Had we been able to contain the virus, arrange for vaccines, and revive the economy, people would be praising the government now,” said Uprety. “Instead, we are holding polls in the midst of a pandemic.”