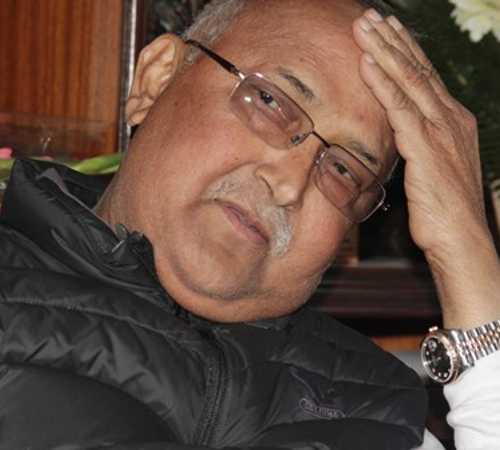 Two months after Prime Minister KP Sharma Oli dissolved the House of Representatives, the Supreme Court has ruled that the dissolved Parliament be reinstated and that the first meeting of the House meet within 13 days.

“The Parliament has been reinstated,” Bhadrakali Pokharel, spokesperson for the Supreme Court, confirmed to The Record.

Rajan Bhattarai, advisor to the prime minister, said that Oli would respect the court’s decision and was holding political consultations on the next steps forward.

Ever since Oli decided to dissolve the Lower House on December 20, a decision that was swiftly approved by President Bidhya Devi Bhandari, much ink had been spilled over whether his actions were constitutional. Bhandari had cited Article 76 (1), (7) and Article 85 of the constitution while approving of Oli’s House dissolution. Article 76 (7) speaks directly to the dissolution of the House, stating: “In cases where the Prime Minister appointed under clause (5) fails to obtain a vote of confidence or the Prime Minister cannot be appointed, the President shall, on recommendation of the Prime Minister, dissolve the House of Representatives and appoint a date of election so that the election to another House of Representatives is completed within six months. states that the prime minister.”

“This [verdict] has put an end to the autocratic steps that Oli had taken,” Raman Shrestha, former Attorney General and one of the lawyers to petition Oli’s House dissolution, told The Record. “Now that Parliament has been reinstated, it will become functional once the Speaker calls a session. The constitution, which was written by the people, has come back to life.”

The decision -- taken by a constitutional bench led by Chief Justice Cholendra Shumsher Rana -- puts to rest speculation over which way the Supreme Court would lean but it also throws Nepal’s near future into further uncertainty. Prime Minister Oli had called for mid-term elections in Spring, which will now not happen. Faced with a hostile Parliament, which was preparing to table a vote of no confidence against Oli before its dissolution, the prime minister will be cornered and more likely to resort to desperate gambits.

The Supreme Court verdict is also a victory for Oli’s opponents in the ruling Nepal Communist Party -- Madhav Kumar Nepal and Pushpa Kamal Dahal. Nepal called the verdict a “victory of the people” on social media. The Dahal-Nepal combine had launched street protests, prompting Oli to respond with his own show of strength. A politically-unaffiliated ‘Nagarik Andolan’ had also sprung up to oppose Oli’s ‘unconstitutional steps’.

Read more: Oli sacrifices the constitution to save his skin

Now that Oli’s dissolution has been overturned, there is confusion over the many constitutional appointments that the Oli government made in the interim. The Oli government had made appointments to numerous critical constitutional bodies, including Prem Kumar Rai to lead the powerful Commission for the Investigation of Abuse of Authority. Most recently, on February 19, the government had removed Tilak Pariyar as chief of Province 2 and appointed Oli acolyte Rajesh Jha ‘Ahiraj’ in his stead.

Legal experts have welcomed the Supreme Court verdict as a victory over unconstitutionality.

“The constitution and constitutionalism has prevailed. This verdict sends a strong message that no one is above the law and it has also earned the judiciary the trust of the public,” said advocate Raju Chapagain. “Now, the prime minister can either resign on moral grounds as his decision has been overturned by the court. If he does so, then the first meeting of Parliament will begin the process of electing a new prime minister as per Article 76 of the constitution. If he does not resign, Prime Minister Oli will have to face a vote of no confidence.”

Most political analysts that The Record spoke to were optimistic and expressed a rekindling of faith in Nepal’s judiciary.

“Parliament reinstatement has reinstated the trust in democracy,” said Prakriti Bhattarai Basnet, founding chairperson of Political Literacy for Women. “This decision is a win for democracy, a win for all Nepalis. As a young citizen of this country, this decision has replanted hope in us.”

The Supreme Court ruling Prime Minister’s Oli actions unconstitutional is certain to be welcomed by many across the country, but there is also a renewed sense of apprehension about the Oli faction’s response.

The constitution has prevailed; whether political stability will follow is -- of yet -- difficult to tell.

This article has been updated to correct Tilak Pariyar's removal as chief of Province 2, not Province 1.

I had to fight my family, the party, and the state to get where I am