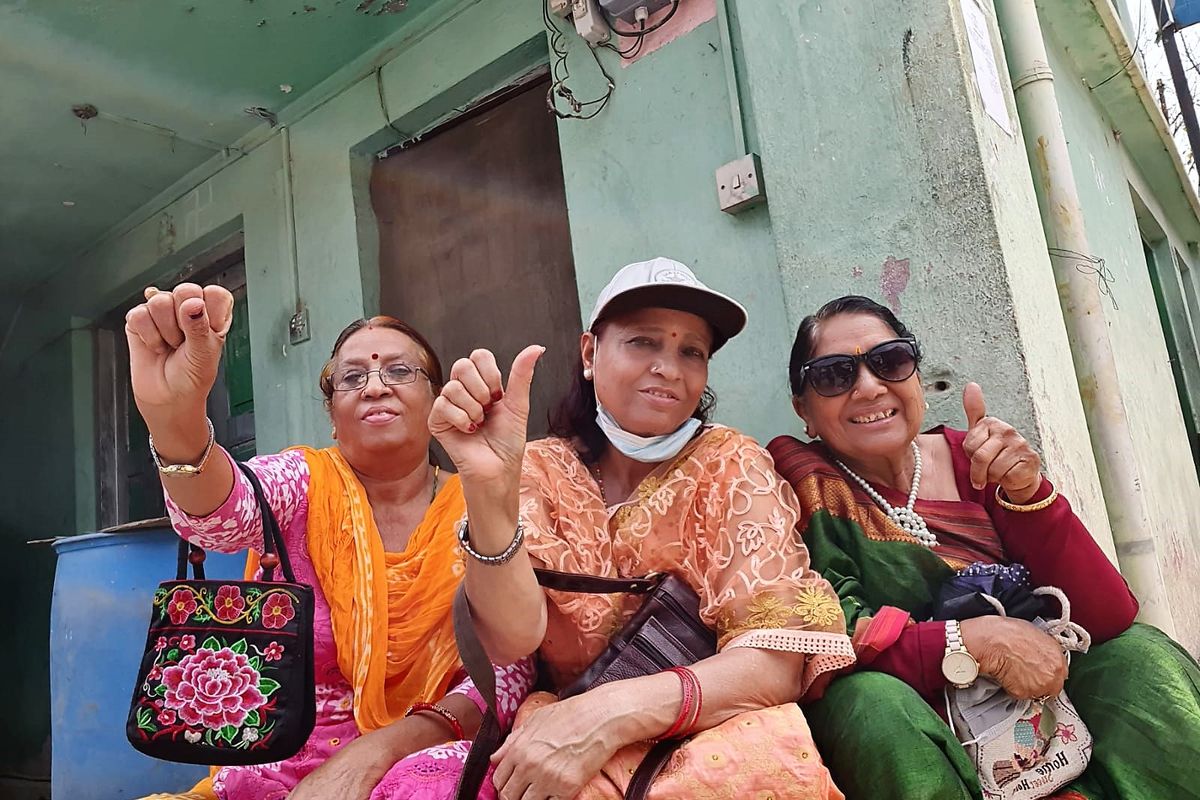 Nepal went to local election today, Friday, May 13, 2022, with much fanfare and a lot of optimism. These are just the second local polls since the country transitioned to a federal model in 2017, so they are supremely important for the health of the new governance structure.

In Nepal, elections take on a festive air. Everything closes down for the day as voters throng voting centers to exercise their franchise. This year, young, independent candidates from around the country have galvanized the youth vote, leading more first-time voters to go to the polls. There is palpable excitement and hope for a new, younger leadership, especially in the metropolitan cities. But given the hold that Nepal’s traditional parties like the Nepali Congress and CPN-UML exercise over voters, along with the Nepali public propensity to vote reliably along family party lines, there is also some pessimism as to whether there will be any real change.

“I am voting for a woman in as many positions as possible this time,” said 63-year-old Narayan Poudel from Tokha Municipality. “If I had been a voter in Kathmandu city, I would’ve voted for lauro.”

But voter turnout among the youth was still noticeably low, at least in the polling centers that The Record visited. Most voters were seen to be middle-aged men and women with young people a minority.

Ganesh Maharjan, 53, came to vote with his sister-in-law and his son.

“We’re excited to be here, especially my son because it is his first time voting,” said Maharjan, a resident of Lalitpur Metropolitan City, Ward No. 20.

Not wanting to disclose who his family will be voting for, he said, “Bhagwan lai mageko kura aru lai bhanyo bhane pura hudaina jastai ho.” (If you tell people what you’ve asked god for, it won’t come true.)

Malina Awale, 50, too came to vote with her husband, both of whom had no issues saying who they had voted for – CPN-UML candidates.

“My sons are both abroad so they can’t vote but my husband and I are here to represent our family,” said Awale, also a resident of Lalitpur-20.

Voting in Kathmandu was quick and relatively easy. Queues were not particularly long, with priority given to the elderly, people living with disabilities, and pregnant women. Representatives of the parties and candidates themselves were present at the polling stations but were forbidden from campaigning explicitly by the Code of Conduct.

Shubhan Kumar Shrestha, former ward chair of Kathmandu-25, slyly said, “The pen is mightier than the sword,” a reference to the CPN-UML (Unified Socialist)’s election symbol, the pen.

Most voters expressed a desire to see local development and said they were choosing people that they knew from the neighborhood.

“One of the candidates for ward member is my neighbor so if he wins, I can easily go to him with any issues I have,” said Nanu Dawadi of Tokha-7.

In Lalitpur too, voters prioritized changes that they could see in their neighborhoods.

“I put my stamps on the ‘tree’ because Chiri Babu [Maharjan, the current mayor] did a good job last time,” said Ramesh Shrestha. “Let’s see what happens now. As long as the mayor and the ward chairman belong to the same party and have the same agenda, people like us will be happy. It’s just development we want for our localities.”

The tree is the election symbol of the Nepali Congress, the party that the current mayor belongs to.

“It was exciting to be part of this election," said 55-year-old Padma Neupane of Godawari Municipality, Ward No. 3. “Elderly and women with children were allowed to go in front. It took time but the entire process was well-organized. Today, it felt like everyone was concerned about the individual and not the party.”

While voting was largely without incident in the three districts of the Kathmandu Valley, a number of districts reported clashes between party cadres. According to the Election Commission, voting was halted in at least 53 polling centers due to clashes between party cadres with police having to resort to firing warning shots in the air in some cases. Four polling stations in nearby Kavrepalanchok stopped voting after clashes. Voting was halted until Sunday, May 15, in at least one polling station in Sunsari.

There was more bad news as a jeep ferrying voters to Waling Municipality in Syangja district fell off the road, killing 14 and injuring 11.

News and videos also emerged online of persons living with disabilities being forced to crawl to vote after not being allowed to travel in their wheelchairs, leading to widespread condemnation. The incident reportedly took place in Ward 20 of Nepalgunj Sub-metropolitan City, according to Shilapatra.

But the elections were largely peaceful and took place as intended, despite inclement weather in some places in the Tarai.

“I made sure my wife and I traveled back to Nepal from India in time for voting day,” said 73-year-old Om Prasad Gauchan from Butwal Sub-metropolitan City, Ward No. 6. "My daughter wanted to miss the elections this time around but it’s a big deal for me."

Gauchan was in India for his wife’s yearly check-up just a few days before the government sealed the international borders in preparation for the elections.

“It’s not the first election that we’ve been a part of but it’s the first one since the pandemic and yes, the pandemic has faded off but it was very concerning to see how people were not even wearing masks,” said 71-year-old Shanti Thapa, pointing to the lingering specter of Covid-19.

As of 4 pm, 55 percent of total votes had been cast, according to the Election Commission. Voting continues in districts around the country but as the evening settles, most stations will wrap up closing and will begin counting the votes. Starting tomorrow, May 14, the results will begin to trickle, bringing either dismay or jubilation to both candidates and voters.

With input from Marissa Taylor and Prasansha Rimal in Lalitpur, Sajeet M Rajbhandari in Kathmandu, Pranaya Rana in Tokha and Shristi Sherchan in Butwal.