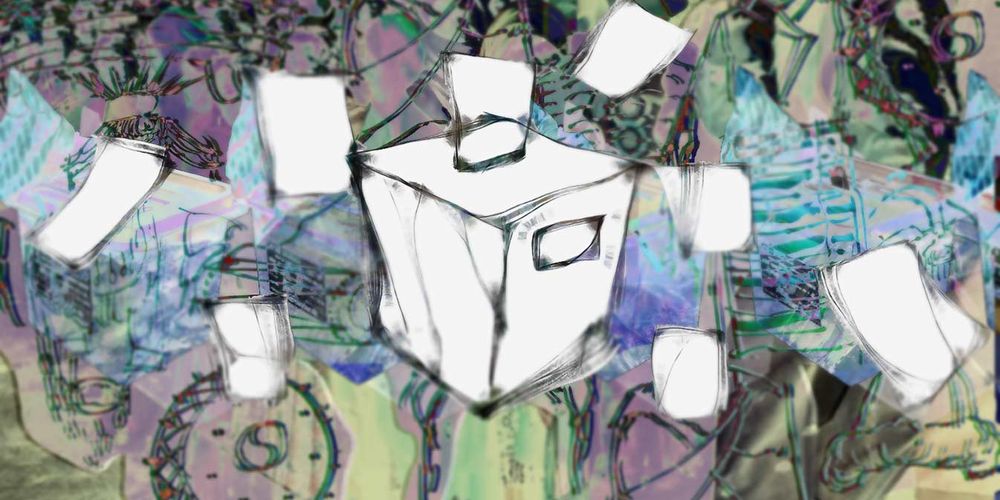 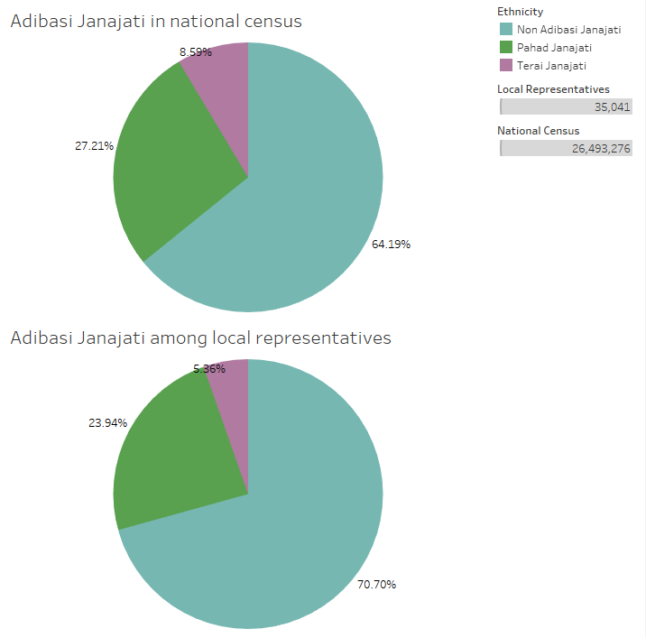 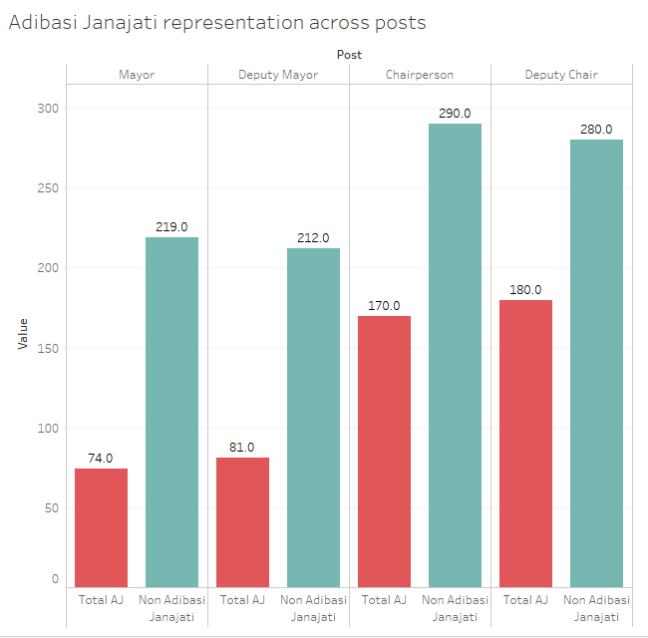 Within Adibasi Janajatis themselves, hill-Janajatis won 17.4% of the mayoral seats. In rural municipalities, they are overrepresented with 32% of the chairperson posts. However, this urban-rural correlation does not apply to all groups within the hill-Janajatis. Newa, who are considered comparatively more privileged hill-indigenous, are proportionally represented (5%) in the mayor and deputy mayor posts. The Terai-Janajati, with 4% each of the chair and deputy chair post, are represented only half as much as their national share of population in the the rural municipality posts. 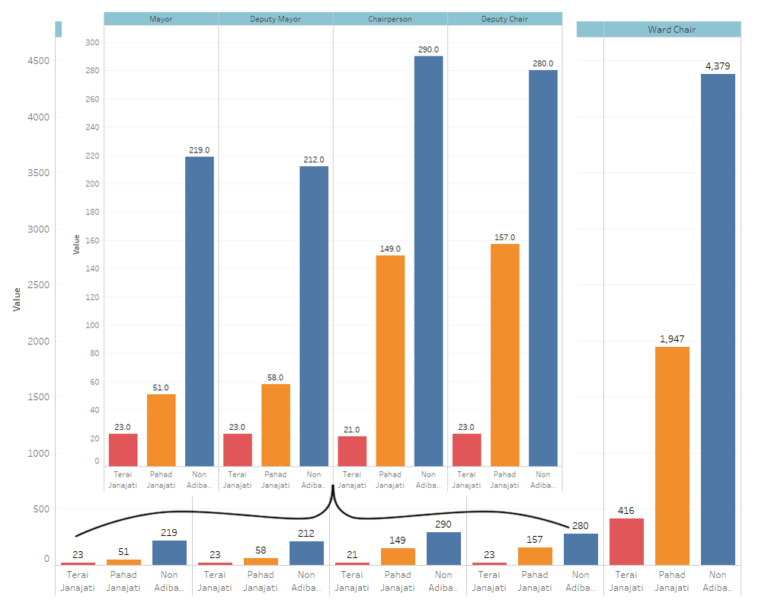 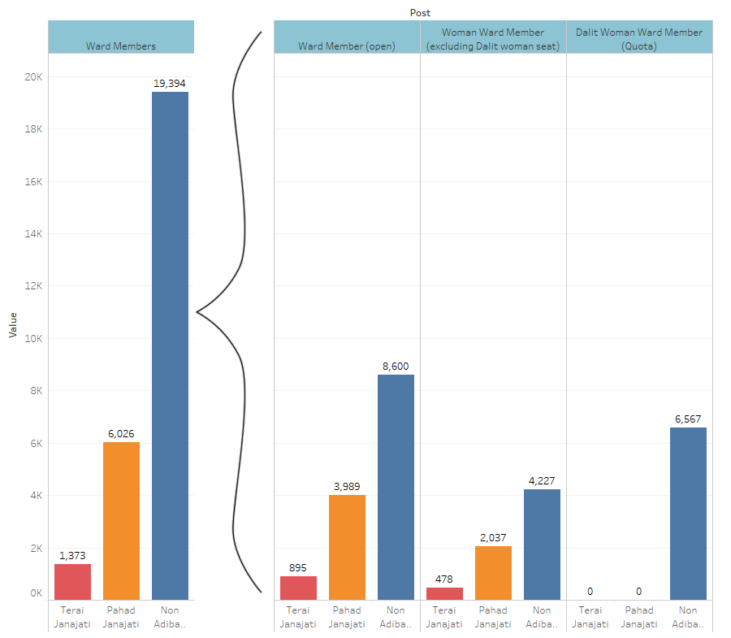 Of all the total local candidates per party, 33.4% of Maoists local representatives are Adibasi Janajati, while Sanghiya Samajbadi Forum has the lowest share, at 6.6%.

Sanghiya Samajbadi Forum and Ra Ja Pa, despite being parties advocating for issues of identity and inclusion, have negligible presence of hill Adibasi Janajati among their local representatives. Their origin as Madhes based regional parties and late transition to national level politics could be the possible reasons for this. 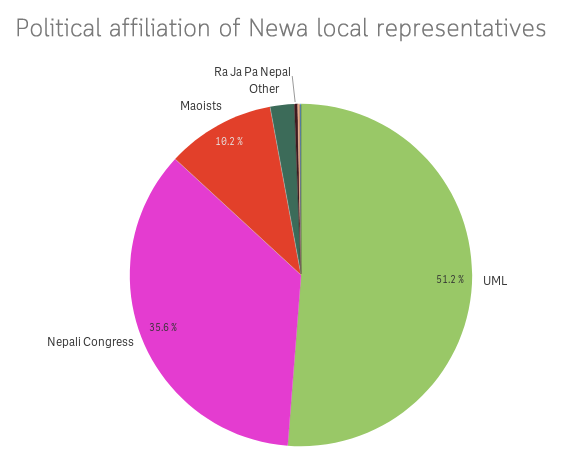 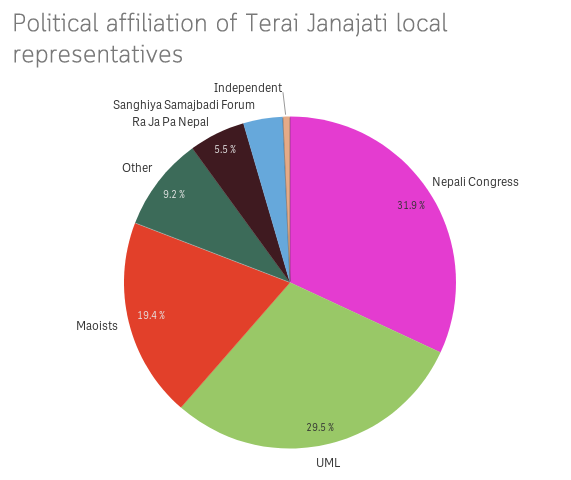 All charts by Supriya Manandhar