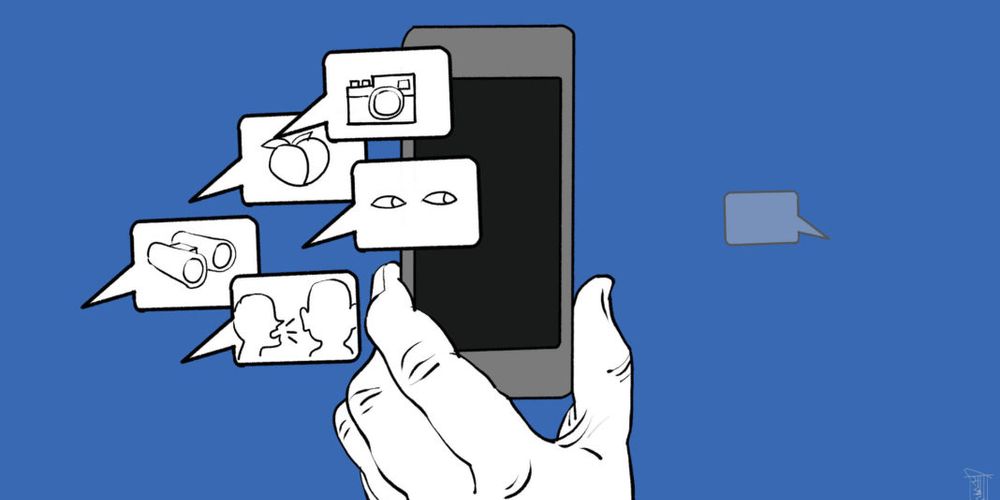 Earlier this month, Binita Shah started receiving a torrent of pornographic deepfake photos via Facebook from an unknown account. The photos—her face superimposed onto someone else’s naked body—were accompanied by lewd and threatening messages. The sender warned Shah not to go through with her marriage, scheduled for next month. The person sent photos and messages to Shah, her father, who works in the Gulf, and to her future mother-in-law. After looking at which of her photos had been manipulated, Shah concluded that the perpetrator was a man she had met a year ago in her village. They had become Facebook friends after being introduced by Shah’s uncle, and Shah had sent the man some photographs. The harassment continued unabated, and so Shah lodged a complaint against the person and her uncle -- who she claims abetted the crime -- at the Metropolitan Crime Division.

Nepal is no stranger to cybercriminal acts that accompany increased internet penetration and social media use, from financial crime, to bullying and blackmail. But online as in real life, patriarchy structures crime, and ineptitude marks investigation and punishment. The Record examined 60 cases that went through the Kathmandu District Court, which adjudicates cybercrime, and found that 70 per cent of the victims of computer and internet related crimes are women and girls, and more than ninety per cent of the perpetrators are men. Of these 60 cases, 38 are of what is colloquially called “revenge porn,” or more precisely, non-consensual dissemination of intimate images, NCII. These include sexting, posting obscene images and videos, and sending lewd SMSs and online messages to harass, abuse and blackmail people. In many, but not all cases, the perpetrators describe themselves as “spurned boyfriends.” In some cases, the blackmail footage is evidence of another crime, such as rape.

While it is difficult to distinguish between an increase in reporting and an increase in crime, in 2018, the Kathmandu District Court, which presides over cybercrimes, handled 115 cases, compared with 19 cases in 2012. Lawyers who work on the issue say the number of complaints filed across the country annually is at least ten times that. Court officials, public prosecutors and police officers who deal with cybercrime say that eighty to ninety per cent of cases like Shah’s  happen on social networking sites, particularly Facebook and Viber, where it is easy to falsify identities or be anonymous. Around 45 per cent of Nepalis own smartphones, and about eight million of us are on Facebook and messenger users. Offline sexual harassment and exploitation can and does easily seep into online spaces.

For example, in September 2013, Sabita Nirakar of Kathmandu was suddenly inundated with calls and messages from strangers saying they wanted to date her. She heard that Ravish Shrestha, who owned a cyber café, had posted the names, photographs and phone numbers of Nirakar and two of her friends on a Facebook “Nepali Sex” group calling them bhalu or prostitutes. When presented in court, Shrestha said that he had been in a relationship with Nirakar, who was now trying to tarnish his reputation, in order to break up with him. Shrestha was eventually sentenced to ten days’ imprisonment and had to pay a NRs 10,000 fine. An offline episode had spiralled out online.

For Nirakar, the process worked - she lodged an FIR, the Kathmandu Metropolitan Crime Division which deals with cybercrime along with the Central Investigation Bureau, decided the case had enough merit to be sent up to the District Attorney’s Office, who fought it in the Kathmandu District Court. But most cases do not make it to court for the same reasons that other FIRs, particularly gender-based ones, don’t: the police do not have the capacity or resources to investigate; the stigma of the crime, which has to do with sexual respectability, is attached to victims, rather than perpetrators; complainants do not have the time and money to keep going to Kathmandu for court appearances or even to hire lawyers.

Often, harassers or blackmailers take down the explicit materials they posted online. Unless the victim kept records - screenshots, downloads and the like -- proof is hard to come by. Internet Service Providers (ISPs) are not required to monitor or preserve users’ content and do not have the capacity to store it either -- and enabling or requiring them to do so opens up vastly complicated debates about privacy and state control over online spaces.

The case of Ranjeeta brings together some of these threads in a particularly disturbing manner. In 2013, 45 year-old Ranjeeta met a man she knew at a buspark in Lalitpur. After chatting with him and his friend, she went her way to collect fodder for her goats in a forested area. The men followed her, beat her, and raped her. One of them recorded the rape on his mobile phone. The men shared the video in the neighbourhood via Bluetooth. An appalled Ranjeeta was shown the video by her neighbors. The case is difficult to understand from here on. Ranjeeta went on to the local police station to file a complaint of the crime. She accused the two men of rape, and shooting and transferring the rape video to others via Bluetooth. The police and district attorney treated the case as a violation of the Electronic Transaction Act in the Kathmandu District Court. The Court thus dealt solely with the crime of shooting and transferring the video. The men  confessed to both the rape and shooting and transferring the video. They were acquitted on the grounds that Ranjeeta had failed to appear in court. We were unable to speak to anyone involved in the case, but the decision to treat the incident as primarily a violation of the ETA rather than rape is bewildering, as is the acquittal of the men despite their confessions.

Often, harassers or blackmailers take down the explicit materials they posted online. Unless the victim kept records - screenshots, downloads and the like -- proof is hard to come by. Internet Service Providers (ISPs) are not required to monitor or preserve users’ content and do not have the capacity to store it either -- and enabling or requiring them to do so opens up vastly complicated debates about privacy and state control over online spaces. An official at the Kathmandu District Attorney’s Office explained that, depending on the gravity of the case, the government might request social media companies to retrieve relevant data. The cases must already be in court for this to happen; Facebook, for example, requires a court order before it will consider sharing data. But cases will not even get to court without some of this material.

While there are provisions to deal with NCII in the Criminal Code, and, in cases of minor victims, to the Act Relating to Children, 2018, the police and government attorneys are increasingly filing cases under the Electronic Transaction Act (ETA) 2008 -- even, as in Ranjeeta’s case, when a more serious crime appears to have taken place. Sentencing guidelines under the ETA are harsher than they would be in the relevant sections of either the criminal code or the child protection act, and the state is the plaintiff instead of the victim. But the statute of limitations is shorter— only 35 days. The fact that the state is the plaintiff can help victims who may not have the resources to hire lawyers -- but lawyers we spoke to described many public prosecutors as inattentive or even negligent, often losing winnable cases.

Typically, the state is the plaintiff in cases deemed to be very serious crimes against individuals or the state, such as rape, murder, tampering with government-issued documents or espionage. Dealing with non-consensual dissemination of intimate images under the electronic transaction act might seem to elevate the gravity of this crime. But the penal code and the child protection act allow specific charges to be brought against perpetrators, and differentiate between defamation, blackmail and more, while under the ETA, the crime is dissemination.

A broader issue is the perception of the ETA and the way it is used by the government. It covers activities carried out on a mobile phone, tablet or computer, over phone networks, wifi or bluetooth, and critics argue that it has been used to curb free speech. (Lawyers disagree about  whether crime under SMS falls under the ETA.) If the law continues to be used to scapegoat citizens for dissent, independent investigation or personal vendettas, there is a risk that other prosecutions under the ETA will be seen as tainted. This will not serve people whose intimate images have been used to blackmail, defame or shame them, or who have become the objects of porn without consenting to it, as perpetrators can point to the frequent misuse of the law.

Nepal does not have specific legislation that addresses NCII. The electronic transaction act has a section on such crimes, but fails to distinguish between the many varieties of them, or to describe a coherent approach. The 2008 Electronic Transaction Act directed the formation of a tribunal on cybercrime that, in theory, would address NCII, amongst other crimes, but there has been no tribunal yet. An act that is specifically about criminalizing non-consensual pornography that is not subsumed under the ETA, may serve as an effective deterrent and provide recourse to victims who are unable to  get justice under the current system. In its absence, there needs to be an informed public discussion about the different ways in which intimate images can be used to harm people and perpetuate rape culture, and political and legislative bodies must be pressed to treat these crimes with the gravity and commitment the issue deserves.

All illustrations by Supriya Manandhar

Nirmal Acharya  Acharya is a student of Sociology at Tribhuvan University

From programming the first computer able to read Devanagari to developing low-energy desktops that are used in telemedicine, Shakya’s contributions are manifold.