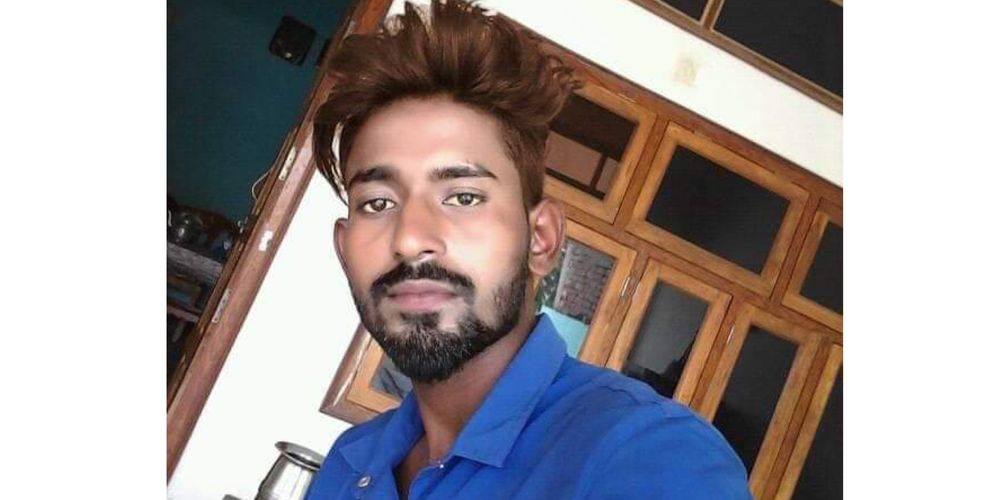 On Wednesday, May 19, 17-year-old Bipin Rajbhar left his home in Susta Rural Municipality, Parasi district, to get some medication for his 50-year-old father who suffers from paralysis. As the medication was not available in the district, Bipin crossed the Nepal-India border, as he had done countless times in the past, to Baluwar village, about a half kilometer from where the Rajbhars live in Bankatti village.

Bipin crossed the border on his motorbike without incident as the Armed Police Force personnel who man the border did not stop him. But when he came back, they did.

“They were drunk and started to insult Bipin,” Bachu Rajbhar, Bipin’s father, said. “They took the keys of his motorbike and were being abusive. So Bipin called his brother Abinash to come get him.”

Abinash, Bipin’s 23-year-old brother, duly went to the Nathai Nagar checkpoint and confronted the police officers about their harassment of his younger brother. The situation quickly escalated from there, leading to a confrontation between locals and the APF. In the melee, Abinash was shot on the lower half of his body and died on the way to the hospital.

Locals and the APF have presented conflicting accounts of what happened.

According to Raju Aryal, national spokesperson for the APF, Abinash arrived at the checkpoint with around 20 young men and attempted to intimidate the police officers. The men began to pelt the officers with stones and pebbles, with one officer suffering a severe head injury.  The police officers then had to open fire to control the crowd.

Bacha Rajbhar, however, tells a different story. According to Bacha, a crowd of people had gathered around Abinash and his friends after seeing them argue with the police. Locals began to confront the police about their harassment of Nepalis trying to buy goods and their willingness to bend the rules for those who pay bribes. It was during this confrontation that a police officer shot Abinash, says Bacha.

Although a definitive answer as to what exactly happened during the confrontation has yet to emerge, the Asian Human Rights Commission has released a preliminary statement outlining both versions of events and has asked the Nepal government to initiate an impartial investigation into what happened.

Superintendent Raju Lama of the APF reportedly told the Asian Human Rights Commission (AHRC) that Abinash was shot below his knees, but Anju Chaudhari, vice chair of Pratappur Rural Municipality, told AHRC that Abinash had been shot below the waist, on his thigh. He was taken to the local Shahid Smriti Hospital in Chaupat, where doctors referred him to the City Hospital in Butwal. In the 45 minutes it took to take Abinash to Butwal, he bled out and was declared dead on arrival at the hospital. Bacha Rajbhar says that a postmortem confirmed that bleeding from the injury on his thigh was the cause of death.

“Abinash was my oldest son and the breadwinner of the family,” Bacha Rajbhar said. “What do I want? What could I possibly want besides compensation, action taken against the officer who shot him, and justice?”

According to Parasi Chief District Officer Dharmendra Mishra, the federal Home Ministry has formed a committee under Joint Secretary Krishna Prasad Panta and APF Deputy Inspector General Kishor Pradhan to look into the incident. The committee was supposed to submit its report on May 26 but as of June 1, no report has yet been submitted to the ministry, although the investigation was complete, said Mishra. Khumakanth Acharya, the Home Ministry press secretary, said on a phone call that he was not aware of the incident.

The National Human Rights Commission, however, issued a press release on May 20 stating that it was conducting its own investigation as well.

For locals, Abinash’s death is not an anomaly; it is part of a long-standing pattern of police harassment and torture along the border.

“A day before Abinash’s death, another young man had suffered a head injury at the hands of an APF officer at the same checkpoint,” said Anil Yadav, a journalist and Susta Rural Municipality local. “The reason that the scuffle between locals and the police escalated so quickly on May 19 was that people were angry about the many similar incidents that had taken place in the days past.”

According to Yadav, many in Susta Rural Municipality have been frustrated at the arbitrary enforcement of rules. Smugglers, those with commercial interests, and those willing to pay hefty bribes are still freely crossing the border despite the lockdowns put in place across the country due to the second Covid-19 wave.

For residents of towns and villages adjacent to the open border across the Tarai, the border is abstract, and whether a place is in India or in Nepal is largely irrelevant. Bacha Rajbhar says that the medicine he needs is easily available less than half a kilometer away in an Indian shop, while getting the same medication in Nepal requires travelling for eight to nine kilometers. Yadav too says that most people in Susta are heavily reliant on Indian markets close by for their daily needs and have crossed the border without hassle for decades. But the deployment of APF personnel along the border -- most of whom are not from the region and do not speak the local languages -- has led to the militarization of the border, sometimes making crossing literally a matter of life and death, says Yadav.

Even before the border was closed as a Covid-19 containment measure in 2020, crossing the border had already begun to become more treacherous. Mohan Karna, a lawyer associated with the Terai Human Rights Defenders Alliance (THRD Alliance), says that the presence of APF across the open border became common after 2015.

“The APF was established at a time of armed conflict. It is not quite the police nor the military. Deploying APF at the border is, in a way, just a way to give them jobs,” Karna said. “And the consequence of this is that it has made cross-border movement a lot more complicated for people than it was before.”

The APF website lists “To guard border of the country [SIC]” as one of its mandates, and according to spokesperson Aryal, there are over 1,000 APF checkpoints at the border across Nepal. While this would perhaps be an unremarkable fact if force was rarely used, the fact that the APF has a long history of impunity, particularly in the Tarai, means that its presence may be making people less, not more, safe.

Most security agencies deployed in the Tarai, including the APF and Nepal Police, have fractious relationships with locals. Over the years, the security agencies have shown a marked willingness to employ live ammunition against protestors, something that they rarely ever do in the Capital. Even peaceful protests have led to shooting deaths in the past.

In 2019, Saroj Mahato of Sarlahi died after being shot in the head by the police during a protest. Home Minister Ram Bahadur Thapa had said that Mahato had been standing on an elevated surface when police shot into the air and had been struck accidentally. This had led human rights activists to ask why the police were using live rounds in the first place.

According to a 2019 report by Advocacy Forum, a human rights organization, ethnic communities from the Tarai are more likely to suffer torture and misbehavior from security agencies.

Karna, the THRD lawyer, believes that APF deployment at the border is in part a consequence of the increased emphasis placed on national security in recent years, undermining the freedoms afforded to residents of border towns and villages by the long-standing open border.

“One has to wonder if harassment of ordinary citizens and shootings are the price that the government is willing to pay for the sake of ‘national security,” he said.