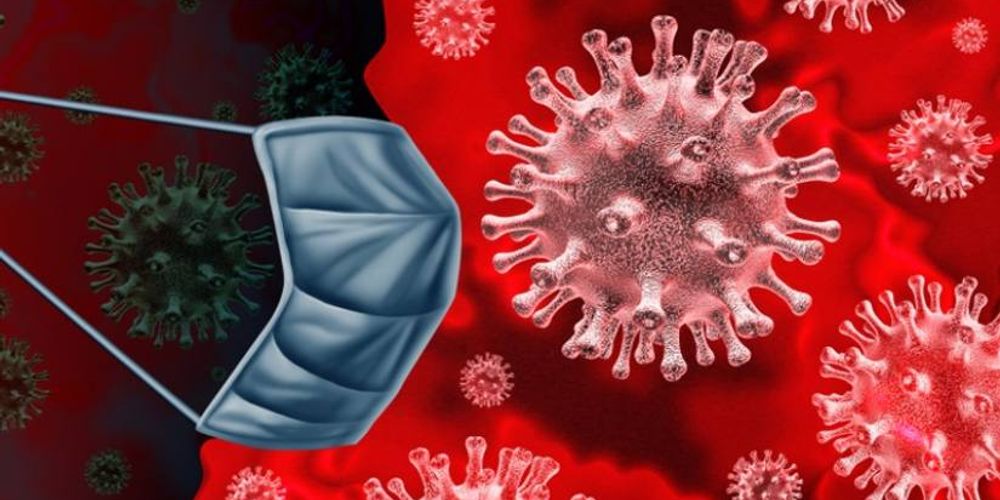 Authorities continue to downplay risks of the COVID-19 virus as pressure mounts on the Oli government for waking up late and doing little to adopt preventive measures against the pandemic that has triggered global panic. Critics have been taking a dig at the government, accusing it of relying too heavily on Pashupatinath's blessings instead of making necessary preparations to contain a possible outbreak of the virus.

As of March 13, no active case of the disease has been reported although some suspected cases are said to be under medical observation at various hospitals in the capital. Some believe the lack of required technology and testing kits might be preventing hospitals from making accurate diagnoses.

The fear of the outbreak has also grown amid reports of exposure of Nepali migrants to the virus in the Gulf region. Health Minister Bhanubhakta Dhakal on 12 March said the government would, in case of necessity, enforce complete lockdowns of infected areas.

So far, the government has taken some policy level decisions including imposing partial travel restrictions on foreign nationals and prohibiting public rallies across the country. On March 12, the government said it was making health certificates mandatory for foreigners. The government has also cancelled all climbing permits until 30 April.

But media reports show most of these decisions are hardly being implemented on the ground.

Civil society members and cross-party leaders are saying these measures are hardly enough to tackle an emergency situation. Speaking at the parliament on March 12, Nepali Congress leader Pushpa Bhusal said the government was turning a blind eye towards black marketeering that sought to exploit the anxiety over coronavirus. Other lawmakers have been calling the government to shut down schools and effectively restrict all public gatherings.

It's unclear whether the prime minister will immediately return to office or rest for a few more days.

Naya Patrika Daily, citing anonymous sources, reported Prime Minister Oli may need up to six months to fully recover from the transplant, a claim refuted by prime minister’s press advisor. Doctors say Oli’s body is responding well to the treatment even as they acknowledge chances of infection.

Oli was discharged at a time when many were questioning his health condition and ability to run the government.

Opposition members and some leaders from his own party have been accusing the prime minister of taking the nation hostage over his reluctance to designate an acting prime minister. Oli has not handed over his authority to anyone in the cabinet despite uncertainty over his health condition. It has severely affected the day-to-day activities of the government.

The merger was announced in the presence of hundreds of party leaders and cadres during a program held in the capital on 11 March.  The two parties united four years after an attempt to unify pro Hindu forces collapsed due to power tussles among the top leaders.

“I take a solemn oath in the name of Bhagavad Gita that I will not let this party to split again,” RPP Chairman Kamal Thapa told a cheering crowd. RPP-United Chairman Pashupati Shumsher JBR Rana and Prakash Chandra Lohani also vowed to keep the pro-Hindu and royalist forces together.

The unified party has announced to embrace a joint leadership style, a model adopted by the ruling Nepal Communist Party and Rastriya Janata Party Nepal. Its first general convention will decide upon its election symbol while the party is clear about its current political agenda: a Hindu state with a ceremonial monarch.

The pro royalist forces, which are all offshoots of the Panchayat-born Rastriya Prajatantra Party, have suffered multiple splits since Nepal became a federal republic due to clashing interests and ambitions of its leaders.

Pro Hindu forces are under increasing pressure to unify since their agenda, especially of Hindu state, is gaining currency in the political mainstream. Sajha Party, led by Rabindra Mishra, and many Nepali Congress leaders have also been calling for referendum on the Hindu state issue.

The Department of Transport Management has stepped back from its decision to prohibit ride-sharing services following social media outrage. Just two days after announcing fresh restrictions on the use of private vehicles in public use, the DoTM on 12 March overturned the decision, saying it was now leaving the matter into the hands of provincial governments, the rightful authority to take such decisions.

Earlier in the week the DoTM announced a ban on ride-sharing, citing sections 8 and 12 of the Motor Vehicles and Transportation Management Act (1993) which prohibits use of private vehicles for commercial purposes.

The decision, which was taken amid protests from taxi drivers, was widely criticised on social media platforms. Last year too, authorities were forced to roll back similar decisions twice following huge public backlash.

Ridesharing apps like Tootle and Pathao, which are popular due to their competitive rates, have been facing hassles from authorities time and again.

Nepal Communist Party leader Madhav Kumar Nepal on 13 March said corruption in the government's purchase of two Airbus A330 wide-body jet planes was apparent and called for independent investigations into the case.

"It's clear there has been corruption here. The guilty, no matter who, must be held accountable," said Nepal while speaking at a meeting of the Parliamentary Committee for International Relations.

Nepal's remarks come at a time when the government has been dismissing the allegations and ignoring repeated calls to initiate a probe into the alleged scam.

In 2019, a committee formed under the Public Account Committee of the legislature parliament published a report that said around NRP 3.88 billion was embezzled in the deal. Some of the accused in the case include former tourism ministers Jeevan Bahadur Shahi, Jitendra Dev, and the late Rabindra Adhikari.

Meanwhile, the Public Account Committee on Friday urged the Commission for Investigation of Abuse of Authority to initiate a probe into the government's ongoing process to purchase a security printing press.

In February, the then Communication and Information Minister Gokul Prasad Baskota was caught on tape asking for a hefty commission from a multi-billion rupees printing machine purchase deal. Baskota immediately resigned from his post as a consequence.

An unidentified group on 11 March detonated a pressure cooker bomb outside the home of Gokul Prasad Baskota. Although no human injury was reported, the blast partially damaged the northern gate of Baskota’s three-story house and few other houses in the neighbourhood, DSP Deepak Giri told the Record.

Read also: Here is what you need to know about the Baskota case

No one has taken responsibility for the blast but police suspect the Communist Party of Nepal, a radical splinter group of the then Maoists led by Netra Bikram Chand, may have carried out the attack. Police have rounded up some CPN cadres allegedly involved in the incident.

The Nuclear Bill 2075 BS, which is among the  most controversial bills in the parliament, has been endorsed by the Legislation Committee under the National Assembly. The committee passed the bill after a clause-wise discussion over the bill which was already endorsed by the House of Representatives.

The bill is considered to be the least debated bill in the parliament as only a few lawmakers were able to give constructive feedback and input over details in the bill due to limited understanding on the issue. Once enacted, the bill would pave way for the production, use and trade of the nuclear or radioactive substance.