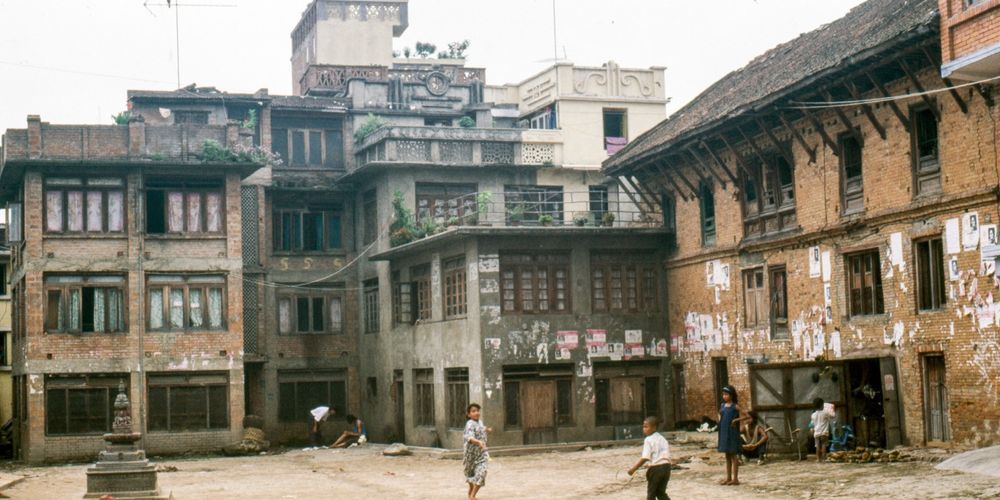 “And what is your caste?” the landlord asked.

“See, my parents are old. They are set in their old ways of thinking. We don’t care what your caste is. But we don’t want to hurt our parents in their old age. That is why we can’t rent to a Dalit. Please don’t be offended.”

His expository response, given in a humble tone, confused me. Did he respect my caste identity, or was he being discriminatory?

This incident occurred seven years ago when I first came to Kathmandu for my masters degree. The desire for a good career had driven me into the city. My first experience in the city with the  landlord shook me— my assumption that my caste-identity would become irrelevant in the city dissolved that day. I gave up the search for an apartment and decided to live with my brother and his wife in Naya Thimi. The two of them had lied and told their landlords that they were Chhetri in order to find a place to live.

Dalit students, teachers, journalists and parliamentary members have all lied at some point or another about their caste identity in order to escape caste discrimination. A dignified life with security is everyone’s desire and a human right. It is a serious issue when people from a caste group have to rely on a lie in order to be treated as equals.

Although this incident took place many years ago, not much has changed since then. Discrimination and humiliation are routine. Many landlords in the city pretend to be progressive, but their prejudices are deep. To keep discriminating without openly acknowledging the discrimination is the central feature of casteist beliefs in the city.  What we see  is only the tip of the iceberg of caste discrimination— under the surface lies a level of bigotry that is difficult to quantify. The so called “urban progressiveness” hides the ugly reality of discriminatory practices that need to end if the city is to become a welcoming space for everyone.

A lie told in search of dignity

A Dalit lawyer with the last name Nepali started living in Kathmandu as KC. The lie did not end there. Afraid that his lie would be caught, he registered his daughter in school as a KC. That lie received validation. The daughter started receiving her educational certificates as a KC. Once she came of age, the daughter too became fearful of the consequences of the lie.

The genie from that small bottled up lie came out when the daughter applied for a citizenship certificate. The Chief District Officer (CDO) said that the mismatch between the last names of the father and daughter on the citizenship and birth registration certificates meant that a citizenship card could not be given out. The father sought help from the Dalit commission to convince the CDO. The Dalit lawyer took the help of the caste list where certain names could be written in short form. The lawyer convinced the CDO, but could he convince himself?

The problem has been solved temporarily,  but who knows how long the lawyer’s lie will continue to haunt his family!  Dalit students, teachers, journalists and parliamentary members have all lied at some point or another about their caste identity in order to escape caste discrimination. A dignified life with security is everyone’s desire and a human right. It is a serious issue when people from a caste group have to rely on a lie in order to be treated as equals. What is the psychological impact of a lie that needs to be told in order to secure something as basic as a place to live?

For the first time, after many years of struggle, I found a place to live while being open about my caste. Except for one flat, the entire house was empty. One family was moving out on the day I was moving in. It was unusual to see people giving up such a good place, so I asked one of the women moving out about why she was leaving.

Her response spilled a social secret. “Baini, this house has been bought by a Damai. He is coming to live here. Everybody else left, it did not feel right. So we are also moving away.”

I was dumbstruck. Once the Brahmin landlord sold his house to a Damai, the three other Brahmin families had also moved away.

While I felt pride and joy about living in a house owned by a fellow Dalit, that woman felt disgust and shame. I had often seen Dalits struggling to find a place to rent in the city, but this was the first time I saw a Dalit landlord struggling to find people to rent his house to.

These days, one occasionally sees Bramhins living with Dalits, but only if their economic status is similar. A certain level of equalization happens between non-Dalits who low in the class structure and Dalits who are low in the social hierarchy at large. But for this woman that I talked to, the idea of living with Dalits was unthinkable. This, despite the fact that she was a schoolteacher. What was she teaching her students and her family members about caste?

When your caste makes your child hate you, how do you feel? Dalit rights activist Bindu Pariyar and her daughter have had a love-hate relationship because of their family name. While talking to a friend at school at around the age of 9, Bindu’s daughter learnt a tough lesson from the “hidden curriculum.” She learnt to detest her mother’s last name, “Pariyar.”

Her father is a Thapamagar and her mother a Pariyar. The school records had her name listed as Thapa. One day, while playing with her cousin she blurted out: “95 percent of my blood belongs to my father, only five percent comes from Pariyars. I will cut my vein and drain the five percent blood and make myself a complete Thapa.” Bindu wrote about this painful incident in an article titled “Inter-caste marriage confession.”

Fed up from the bigotry her daughter had internalized, Bindu made a complaint to her daughter’s school principal. Counseling from the principal and Bindu’s increasing fame as a social worker brought about a major change in her daughter’s outlook.

But not every child learns the lessons of pride and acceptance that Bindu's daughter did. The children of many Dalit rights activists are so ashamed that they hesitate even to introduce their parents to their peers.

The case of village children recognizing  themselves as Dalit from an early age is not seen in cities. Social interaction begins from schools, where “Dalit” is defined in the curriculum. A social-studies teacher teaches about Dalits in the context of "upper" and "lower" castes. In this pedagogy, when kids are taught not to discriminate, what inadvertently happens is that the idea of discrimination through "upper" and "lower" is introduced to them. The “hidden curriculum” that introduces the concepts of touchable and untouchable, superior and inferior castes makes an indelible imprint on society.

When the bearers of change shy away from responsibility

A previous central committee member of the federation of journalists wrote on his Facebook page: “ It is great to know from my daughter that we should not discriminate against lower castes.”  A journalist who does not believe in caste based discrimination did not see a problem with his daughter parroting the language of "upper" and "lower"  castes. This is a cause of concern.

When schools reinforce the caste system by taking the concept of a hierarchy for-granted instead of closely examining the weight of bigotry that comes with such designations,  the victims are people like Bindu Pariyar and their families.

By continuing to use the language of "upper" and "lower", "superior" and "inferior", we are standing in the way of realizing the dream of a truly civilized and cultured urban sphere.

Can urbanization change things for the better?

In the tradition of Dr. Bhim Rao Ambedkar, sociologist Chaittanya Mishra says that politics and laws are not enough to end caste-based discrimination. Instead, there is a need for economic expansion, diversification and widespread urbanization. An economy that connects the village to the city.

There have been several political and economic revolutions over the course of Nepali history; and the urban revolution is fast-paced. But why has here been no change in the thinking of the city-dwellers? Why has the vision of an egalitarian city where remnants of traditionalist thinking become obsolete not come to fruition?

The city is a place of great potential. If we so desire, we can build our cities as the panacea of modernity, where caste-discrimination becomes a memory of the distant traditionalist past. But we have not been able to accomplish this yet. By continuing to use the language of "upper" and "lower", "superior" and "inferior", we are standing in the way of realizing the dream of a truly civilized and cultured urban sphere.

After sunset, once upon a time, the “untouchables” were not allowed to enter the city, because the “purifying” force of the sun was no longer present to wash away the “impurity.” The former untouchables are no longer barred from entering the city, but those who create lifelong untouchables have not had a sunrise in their hearts.

I wish in the evening dusk of the city: that the children of the city will not learn the bigotry of upper and lower castes. Instead I hope they learn humanity.  I want to see that people emerge from the damaging lies told in order to be accepted to breathe the air of freedom, equality and dignity.

Translated from Nepali by: Sandesh Ghimire

Gauri Nepali  Gauri Nepali is a writer and a student of Nepali literature and political science. She is affiliated with Dalit reader.